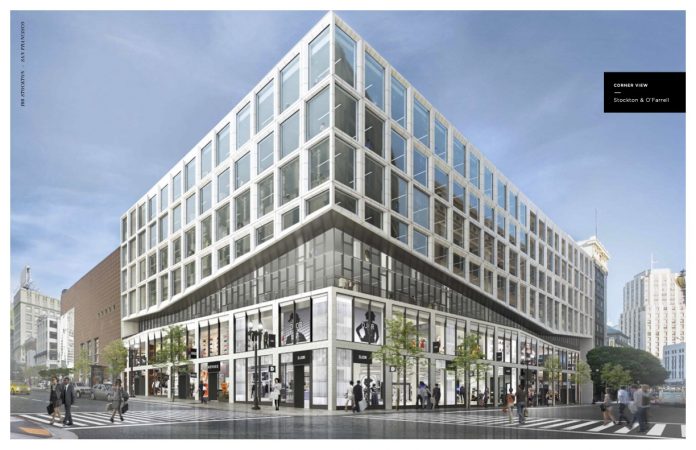 Blatteis & Schnur, Inc. is pleased to announce the execution of a lease with celebrated international restaurant Chotto Matte for a rooftop dining experience at 100 Stockton as construction on the redevelopment nears completion.

Chotto Matte will occupy the newly-developed rooftop restaurant and wraparound terrace atop 100 Stockton. Designed by Gensler, one of the world’s leading architectural firms, the redevelopment of the former Macy’s Men’s department store at 100 Stockton features a stunning terra cotta and glass facade and over 250,000 square feet of mixed-use space on eight levels. The restaurant will be launching in San Francisco in 2022, marking the brand’s first West Coast location.

Dubbed as “Miami’s most visually stunning new restaurant” by Thrillist, Chotto Matte celebrates the very best of authentic and innovative Nikkei cuisine, set in vibrant, stylish architectural spaces, in exciting city locations around the world. Nikkei is a unique blend of Japanese and Peruvian culinary traditions, a lively combination of ingredients and techniques. Chotto Matte’s innovative menu stays true to the Nikkei staples – Ceviche, Tiradito, Anticucho BBQ, Sushi, Sashimi and Tempura – while ensuring the ingredients are organic and sustainably sourced.

Designed by Andy Martin Architecture (AMA), the Chotto Matte space is over 14,000 square feet and will feature a Robata grill counter, sushi bar and a spacious terrace of over 3,000 square feet offering rare open-air dining with sweeping views of the city and overlooking Union Square. Award winning architect Andy Martin’s previous designs for the group have featured a striking fusion of natural materials such as lava stone and burnt cedar, with art inspired by Tokyo’s contemporary urban culture.

The announcement comes as Blatteis & Schnur is finalizing construction on the redevelopment of a prime corner in Union Square. “This major renovation of the former Macy’s Men’s Store, located steps from Union Square, seeks to transform the retail experience by activating the façade across all levels with a modern expression of contextual materials along with restoring a human centric relationship with the street.” said Robert Perry, the project’s design director at Gensler.

The redevelopment of 100 Stockton will revitalize the key intersection of Stockton and O’Farrell in Union Square, which is poised to become the center of San Francisco’s retail core. Given the city’s legendary food scene, the addition of Chotto Matte on the building’s rooftop will be notable as one of the few open-air rooftop dining terraces in San Francisco.

“We are truly thrilled with the addition of Chotto Matte at 100 Stockton, which will be a capstone for our project”, commented Daniel Blatteis of Blatteis & Schnur, developer of 100 Stockton. “We conducted an international search for a venue that would maximize our unique eighth level roof deck experience in terms of cuisine, buildout and ambiance. We have more than met these criteria with Chotto Matte, which will not only provide Union Square, but the entire city with a most formidable and memorable dining destination.”

Chotto Matte is being represented by Mike Rielly of RRS. Kazuko Morgan of Cushman & Wakefield and Ashley Brown of Blatteis & Schnur, Inc. represented the Landlord in the transaction.

Kazuko Morgan said, “We are so excited to have an international tenant of Chotto Matte’s caliber. 100 Stockton is a new stunning development which has a significant presence in Union Square and fits perfectly with the ownership’s goal of bringing luxury and new to market tenants to San Francisco. Chotto Matte is widely recognized in Europe and other major influential cities around the world and now will be in San Francisco. While we have some of the best restaurants in San Francisco this will be a preeminent dining experience for Union Square.”

Blatteis & Schnur traces its roots back to 1922 when the company was co-founded by Samuel Blatteis as what is believed to be the first real estate firm in the Western United States to make a specialty of retail leasing and brokerage. Blatteis & Schnur’s principal business specializes in the acquisition and redevelopment of 100% High Street properties in the top 20 urban retail markets in the United States. The firm has consummated over 50 transactions of premier properties over the past 15 years in such diverse markets as Beverly Drive in Beverly Hills, Third Street Promenade in Santa Monica, Malibu, Union Square in San Francisco, Michigan Avenue and Lincoln Park in Chicago, Walnut Street in City Center Philadelphia and Maui, Hawaii.

Chotto Matte opened its first restaurant on Frith Street in the heart of Soho, London, in 2013 to serve authentic Japanese Peruvian Nikkei cuisine. Kurt Zdesar founded Chotto Matte concept in 2011, after he identified a gap in the market for premium Nikkei food made using fine, organic ingredients and served in exciting environments. Nikkei dishes are fresh, healthy and delicious, and the complexity of the recipes are hard to replicate. The Chotto Matte fine-dining restaurants are modern and stylish – they offer unique and experiential atmospheres that welcome the young and aspirational. The Chotto Matte concept has been a phenomenal success since the first venue opened, resulting in two more openings in Miami in 2018, and Toronto in 2019. Doha and Riyadh outlets are also on track to open in 2022.

Gensler is a global architecture, design, and planning firm with 49 locations and more than 5,000 professionals networked across Asia, Europe, Australia, the Middle East and the Americas. Founded in 1965, the firm serves more than 3,500 active clients in virtually every industry. Gensler designers strive to make the places people live, work and play more inspiring, more resilient and more impactful. 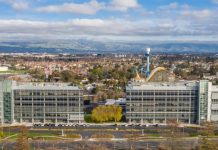