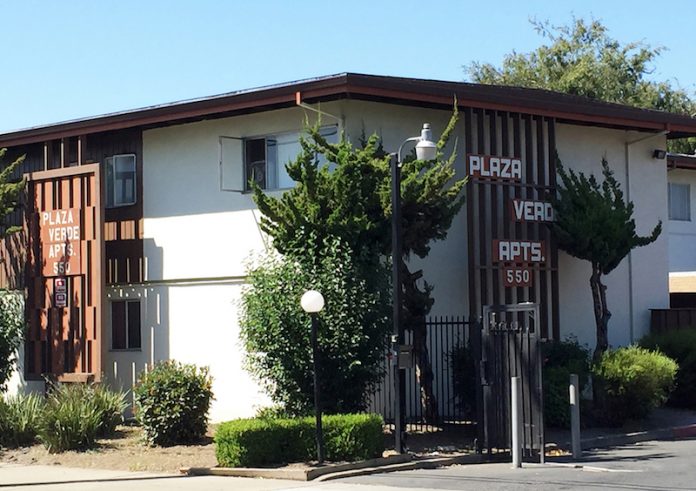 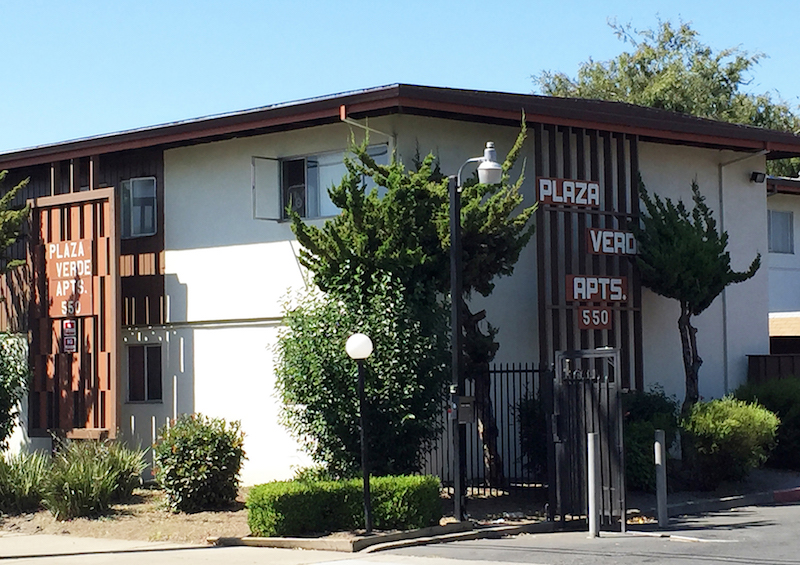 Plaza Verde, a 44-unit multifamily complex located at 550 Berry Avenue in Hayward, California has been purchased by 29th Street Capital, a privately held real estate investment firm with offices in San Francisco and Chicago for $6.95 million, or nearly $158,000 per unit, according to public documents. The seller was a private family trust.

The transaction was brokered by Kidder Mathews’ multifamily broker, Matthew Clark, who works out of the firm’s Redwood Shores office. “Plaza Verde apartments represents a unique opportunity to take an older asset and renovate it,” said Clark in a statement. The transaction closed mid December of last year.

According to a recent report from Marcus & Millichap, the San Leandro/Hayward market saw a transaction volume of approximately $64 million in the last 12 months, during which 348 units were sold at an average price per unit of $183,971. This ranks the submarket at the lower end of the scale of the western part of the East Bay. Another recent transaction in Castro Valley saw a 30-unit Venture Apartments complex at 20433 John Dr. trade for $7.66 million, or $255,333 per unit.

The Hayward submarket has seen more industrial transactions in the recent past, however the market’s proximity to major East-West and North-South thoroughfares make this a desirable geography.