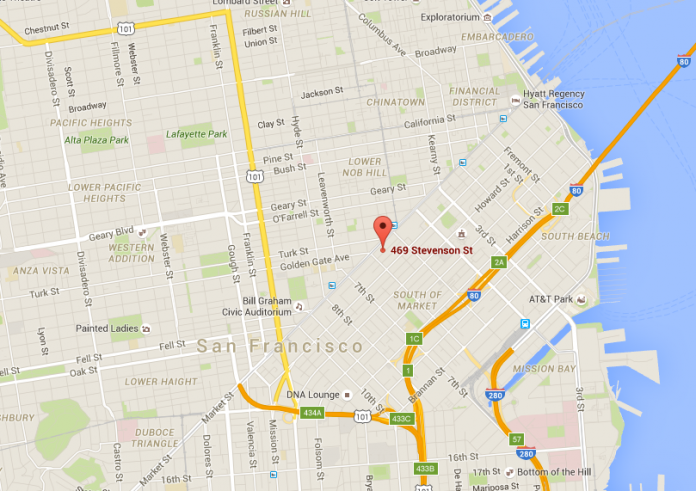 There is now a new development site in the Mid-Market neighborhood of San Francisco up for sale located at 469 Stevenson @ 6th Street, according to sources familiar with the property. The site is a 30,665 square foot transit oriented development opportunity for a new owner. There is no indication what the price point might be.

The property is now under the ownership of a major national retailer. This company has hired the San Francisco office of Newmark Cornish & Carey to handle the sale of the property. The people involved in the trade of the site are Kyle Kovac, Michael Taquino and Daniel Cressman, all executive managing directors, Jake Randolph, senior associate, and Mandy Lee, associate director. Newmark Cornish & Carey declined to comment when contacted for this story.

[contextly_sidebar id=”0uR6p5EX9xKRWOziW528dC8gU3D7Uaja”]The site is now used as a surface parking lot. This will give the new ownership group a consistent level of income stream while the property is taken through the entitlement process. The site is located within San Francisco’s flexible C-3-G zone, allowing the asset to be turned into either residential, office, retail or hotel properties.

There was a feasibility study performed by Heller Manus Architects that determined that an approximately 270,000 square foot structure, equivalent to more than 250 housing units could be built based on current zoning. This could be a high-rise standing as high as 160 feet. Development sites with high-rise potential are extremely rare in San Francisco.

There are very strong market fundamentals in the Mid-Market neighborhood for apartments and office buildings. The sub-market has a vacancy amount of sub-five percent for both office buildings and residential properties. In the past three years, there has been more than three million square feet of leasing activity for office space in Mid-Market, and rental rates have increased by more than 40 percent. The sub-market now has a total of 3.5 million square feet.

On the hotel side, the San Francisco hotel market is now one of the strongest in the country. Hotels in San Francisco are achieving an average of 87 percent occupancy and rates of $250 per night, a seven percent increase from the previous year. San Francisco is second only to New York in nightly hotel rates.

The site has a very strong location from a public transportation perspective. The underground MUNI Metro and a BART station are located half a block away at Powell Street, along with San Francisco’s historic cable car system.