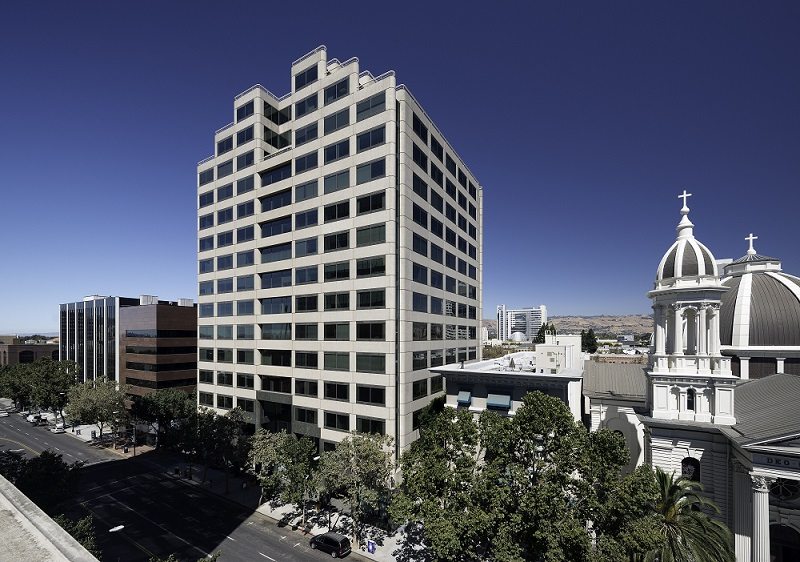 In the four years since Harvest Properties and LaSalle Investment Properties had acquired one of downtown San Jose’s more prominent towers at 60 S. Market Street, a lot had changed. The two companies, which paid just over $55 million, or $236 per square foot, for the 232,500-square-foot building, had then taken a building that was nearly 40 percent empty in a market that was still lingering around 20 percent vacancy.

Today that vacancy in San Jose sits around 13 percent, according to a recent, first quarter Silicon Valley Research & Forecast Report from Colliers International, and the increased occupancy of the building was able to fetch the owners $87.6 million, or just over $376, for the same asset at the end of July when the sale closed, according to public documents.

[contextly_sidebar id=”IrDrJk2QhqsAMoKQ3SN1VbPAVxNWG0KH”]The transaction is seeing Harvest maintain a position on the building, while the new partner will be Boston-based Intercontinental Real Estate Corporation, according to a report from the Silicon Valley Business Journal.

Downtown San Jose has seen a number of housing projects kick off construction in the last few years, but commercial development has been primarily relegated to the northern portion of the city. However, some developers and owners have taken a special interest in the downtown submarket. Earlier this year DivcoWest and Rockpoint Group in a joint venture purchased 50 West San Fernando Street, an approximately 351,000 square foot Class A office tower in the heart of downtown San Jose. In September of 2015, KBS Real Estate Investment Trust spent $150 million to acquire the Almaden Financial Plaza at 1, 55 and 99 Almaden Blvd., or about $360 per square foot. A year earlier, the firm spent $116.7 million, or about $377 per square foot, to purchase Ten Almaden, a 17-story tower comprising 309,255 square feet, from Equity Office Properties.

A bigger test for the San Jose downtown submarket will be the eventual sale of a 2.5-acre development site at 355 W. San Fernando Street that will be entitled for 300,000 to 750,000 square feet of Class A office space. This site is being brought to the market by CBRE, representing Wolff Urban Development and JP DiNapoli. It’s a rare development opportunity for office space in the city along with Trammell Crow’s mixed-use Diridon project, which is planned to feature two 10 and 12-story office towers at full completion.