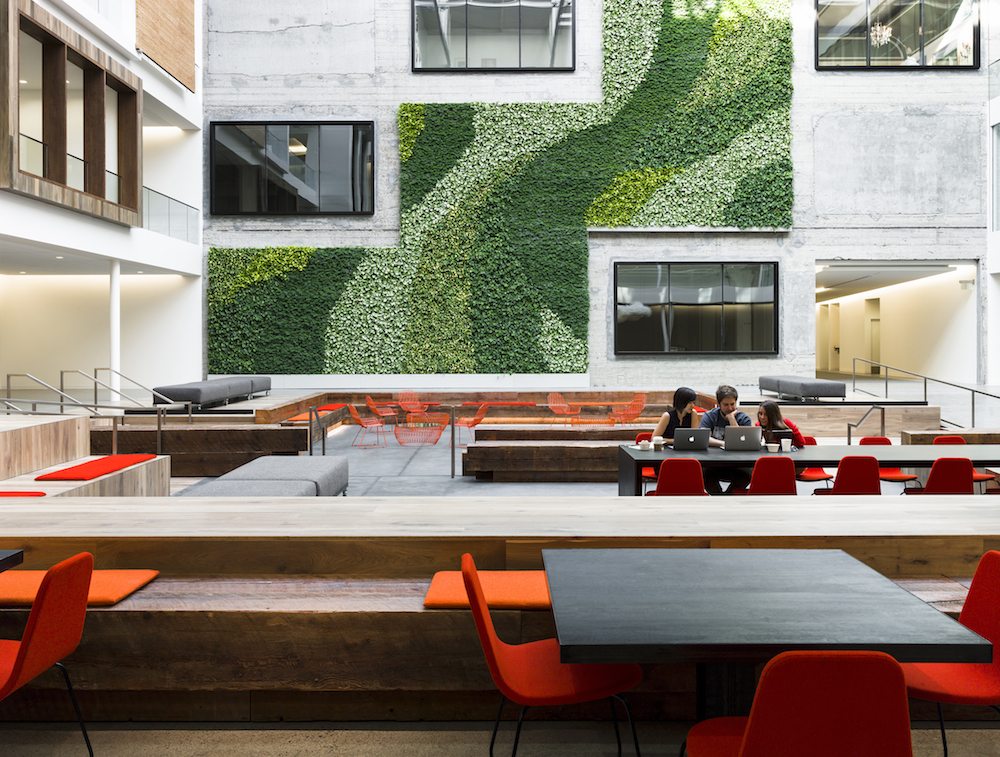 888 Brannan gets a new look that also preserves its history.

[dropcap]A[/dropcap]t one point during the redevelopment somebody asked us, ‘Oh, you’re going to put windows in that building? That must be expensive.’ And we said, ‘Actually, the windows are all there already,’ ” Stuart Gulland, president of Vantage Properties, said with a laugh.

He’s referring to 888 Brannan, a historic industrial building that had been painted over in drab grey during the ’80s. Vantage—partnering with SKS Investments—saw past the paint and bought it in 2011.

[quote]”We wanted to be as timeless as possible. Even this tech focus will pass at some point.” Collin Burry, design principal Gensler[/quote]

“It has some fabulous bones,” said Gulland. “If you see an old rendering of this building from 1917, the bones of the building are just so good in the solidity of the architecture, the size of the windows, the mass of the building.” 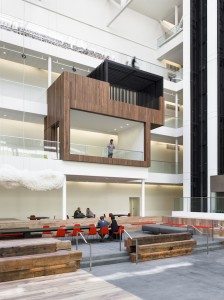 Originally a warehouse for the National Carbon Co.’s Eveready batteries, then for paper distributor Blake, Moffit and Towne, 888 Brannan spent much of the last three decades as the Giftcenter & Jewelrymart.

And now the 445,000 square foot building evolves once again. The last of the of jewelry and gift vendors take up 110,000 feet in the lower level with a secondary entrance to set the space apart, and soon a small cafe. The lack of natural light is actually preferred by the showrooms.

The rest of the building is being renovated into office space for the city’s many tech companies, though with a nod to the past. The building is listed on the National Register of Historic Places.

“We wanted the building to be a faithful restoration, but it still took a lot of work to make sure that the things we needed to do to meet the needs of the technology industry would also make it consistent with the Secretary of Interior’s standards,” said Dan Kingsley, managing partner at SKS.

There wasn’t anything Vantage planned for the restoration that couldn’t be done, but the project often required creative engineering.

The old steel sash, single-pane windows didn’t meet either the acoustic or energy-saving expectations of a modern office building and had layers of grey paint slathered over them. Double-pane, aluminum-sash windows had to be fitted into the spaces on the second, third and fourth floors without noticeably changing the look of the exterior. On the ground floor, the original windows were restored.

“That was one of the significant compromises we worked out with the Historic Preservation Commission,” said Kingsley.

The interior, however, was fair game for renovation. The atrium is key to the redesign. It’s an enormous space flooded with natural light, almost like being outside if not for the thin glass roof overhead. The space is shared amongst all the tenants for work and socializing.

“This type of space in the city is incredibly unique,” said Collin Burry, design director from architecture and design firm Gensler.

The airiness is drawing in tenants. “The unique ‘warehouse’ character of the building, the ample light streaming through the restored windows and skylight, and the open floor plan that fosters collaboration were key factors in our decision,” to choose 888 Brannan, said Amy Jackson, spokeswoman for TripIt, maker of a travel organizing app.

The interior materials are simple: concrete, wood and steel. But here and there are small oases of color. One end of the space is dominated by a living wall almost as tall as the entire atrium, an enormous square emblazoned with a pattern of light and dark green swirls made from a thin layer of vine-like foliage. The living wall helps refresh and revitalize the air. Orange furniture, designed by Council, dots the atrium and contrasts the flat-gray concrete.

In the tiered balconies that run around the perimeter of the space, monolithic white planes are broken up by meeting room “pods”—colorful areas sectioned off by way of thin frames, but still largely a part of the open atrium.

These meeting rooms are in part the work of AirBnB, the primary tenant at 888 Brannan. “When AirBnB came into the picture, they were like ‘Why don’t we pay homage to our listings?'” said Burry. Thus one frame is loosely modeled after a house in Iceland, another modeled after a listing in Spain, one from Chile and one from Denmark.

But amongst all of the new and modern, there’s a legacy of 888 Brannan’s industrial past.

Railroad tracks guide you into the atrium as you enter—not the original tracks that once sat in the building, but a reminder that trains once came steaming into the space in service of batteries and paper and tangible things.

And no amount of designer furniture can fully disguise that the newly-remodeled courtyard area was once a loading dock.

“The tenants like that there’s a sense of history, there’s a sense of functionality and repurposing to the building,” said Gulland. 888 Brannan is a building that fully embraces San Francisco’s tumultuous, blue-collar past instead of trying to hide it.

“We wanted to be as timeless as possible,” said Burry. After all, “even this tech focus will pass at some point.” 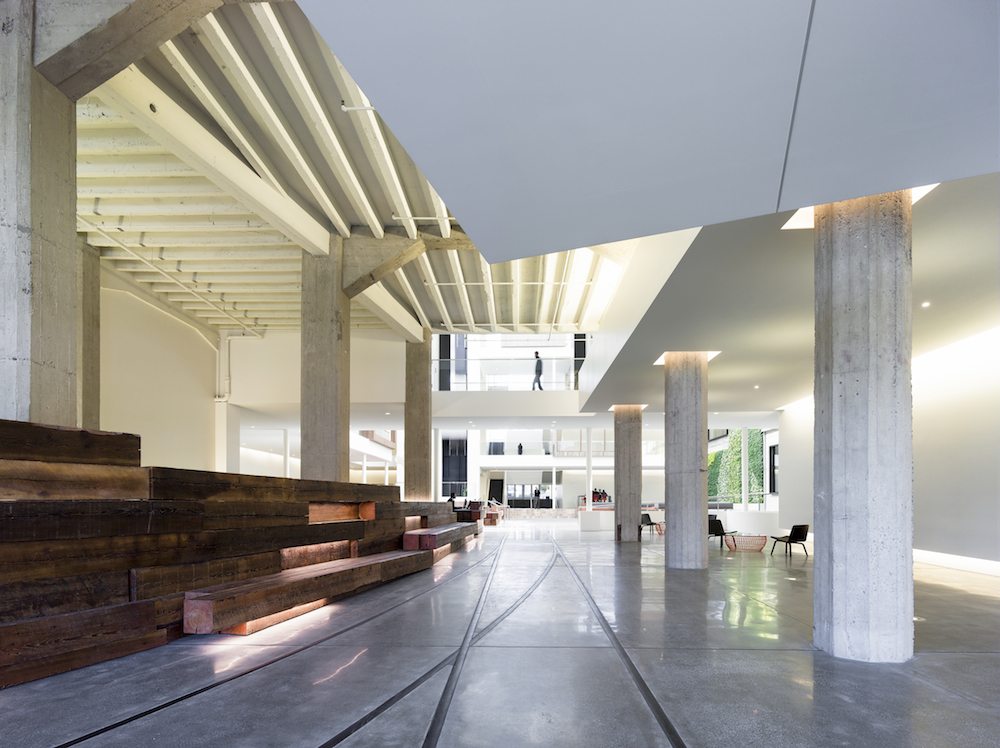