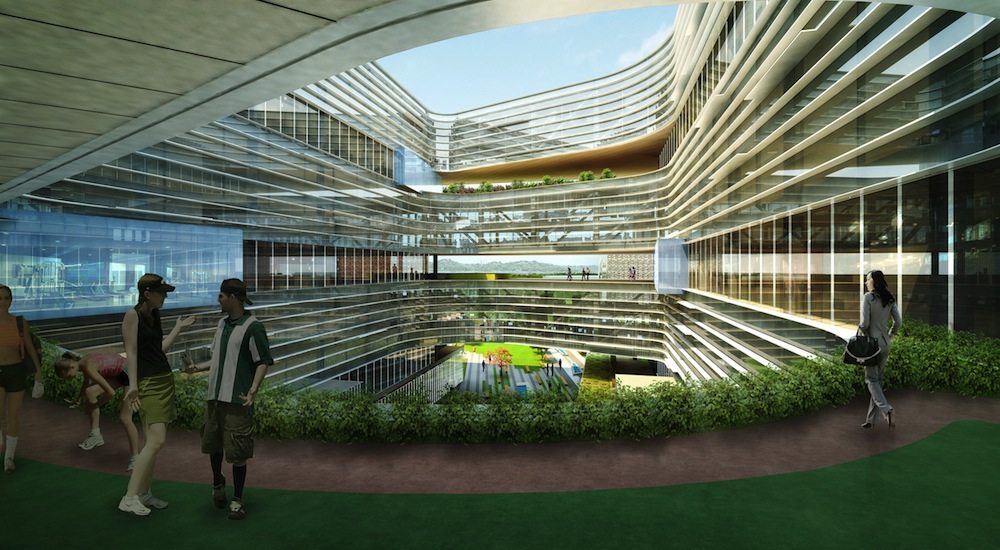 San Francisco-based GitHub Inc. is radically revising what it means to go to work.

Want to have fun, perhaps a beverage with a buddy and a game of pool? Head on down. Want to get some serious thinking done? You had best stay at home.

That’s the formula the world’s largest open-source software “code host” has adopted to suit its highly distributed workforce, where only 30 percent of the company’s 180 employees actually live in the Bay Area.

Founded in 2008, GitHub signed a 55,000-square-foot lease at the end of last year with Hudson Pacific Properties Inc. to occupy all of 275 Brannan St. in San Francisco. A third of the space is configured for events; the rest includes workspace and other uses, said Scott Chacon, a GitHub co-founder who helps conceive and design the company’s workspace.

He believes in the power of employees’ serendipitous interactions and collaboration. But it is not necessary to experience it every day. “We have people come in every two months or so, so when they are here, they aren’t opening their computers, they are meeting and drinking and having fun, then going home to concentrate,” he said. “Unless it is helpful for people to do their jobs, there is no reason for them to come in.”

Britt Sellin, senior director of human resources for Cloudera Inc., a venture-backed Palo Alto big-data company, said more than ever businesses are expressing their unique gene set in their workplace. Sellin is a veteran of Silicon Valley’s VMware Inc. and the former Sun Microsystems Inc. “Twenty years ago, you just designed a campus and fit a budget. We have moved toward much more personalized space,” she said.

In today’s superheated talent wars, desirable candidates are first drawn because the work a company is doing is of interest. But the workspace and a company’s brand become critical in keeping the best workers. “The really top people can go anywhere. If your space doesn’t reflect the brand and it’s not consistent, you will lose those people,” she said.

Chacon and Sellin were two of five panelists who gathered July 18 in the San Francisco Pier 3 offices of Bloomberg news for “Data vs. Delight.” The evening session highlighted revolutionary changes transforming the workplace. Bloomberg Beta, a $75 million investment fund, and architecture firm NBBJ sponsored the event.

NBBJ designed the 680,000-square-foot Samsung headquarters campus in North San Jose that has just begun construction. The firm also is involved in the design of Google Inc.’s Bayview campus at NASA Ames Research Center in Mountain View. Google recently told its building contractors that it would delay construction for up to a year on the Bayview project.

Traditionally, architects have relied on intuition or “delight” to guide design, Wyatt said. But the availability of data and the capacity to measure it are revealing new insights about the effects of our environments on our behavior and “cognitive performance.”

“We can model building performance, but the future is going to be about modeling human performance, really starting to understand cause and effect at a real and specific level,” he said.

The evidence is strong that collaboration and innovation are intimately tied. But maintaining human links is harder as groups grow larger, whether workspace is predominantly horizontal or vertical. Cities across Silicon Valley are changing development codes to embrace greater building and people densities, which is forcing vertical development, he said.