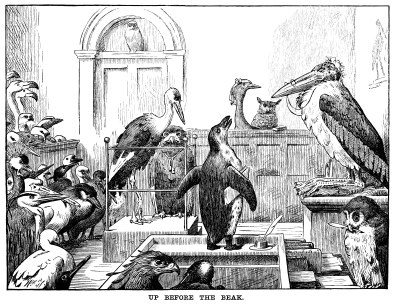 Hollywood has it wrong. Lawsuits very seldom right wrongs and, as often as not, taking a case to trial can nearly bankrupt one emotionally as well as financially. I was reminded of this enduring truth yet again when an old friend stopped by my office recently to discuss a lawsuit that had consumed him for several years. From a litigator’s perspective, his had been nearly a perfect claim. He had purchased a strip center in California with the aid of a broker who had expressly assumed responsibility for all pre-closing due diligence. In the course of that due diligence, his broker had either defrauded my friend or been obscenely negligent. The broker had either hidden or, as he claimed, inexplicably overlooked, a key document he had received from the seller—one that drastically lowered the property’s value.

As a result, my friend suffered an immediate and enormous loss upon closing. When the document was subsequently discovered, he demanded the broker make him whole. The broker refused, and my friend could only sue. Then, when he had a chance to settle for not quite enough money, it was his turn to refuse; he wanted to punish the broker for his perfidy.

The case dragged on, culminating in a grueling six-week trial. My friend had no idea of how thoroughly this lawsuit would wreck his everyday life. For weeks before and throughout the trial itself, he had to be present ten or more hours a day, seven days a week, occasionally as a witness, but mostly either an observer or yet another assistant to his demanding trial attorneys.

The action only settled after the soul-numbing drudgery was over—while the jury was in the midst of deliberating its verdict. Even though the broker agreed to pay 100 percent of the lost property value, my friend still suffered staggering losses. Why? He had to pay his own attorneys’ fees and costs. Those added up to an incredible 85 percent—yes, 85 percent—of the settlement, leaving my friend with a relative pittance, less than he could have settled for much earlier without any of the trial’s emotional agony (imagine yourself slow-roasted on the witness stand for three days’ running or having to listen to your character impugned by one lying witness after another).

His sad story reminded me of a San Francisco broker who had his leasing agreement wrongfully terminated when his clients sold their office building. The broker demanded $1 million in compensation; the new owner offered him $250,000 to walk away. The broker sued and, after years of grinding effort, a jury did indeed award him his $1 million. But his law firm billed him $2 million in fees and, when the outraged broker refused to pay, his lawyers sued him to recover their fees. The broker spent another $200,000 defending himself in the second lawsuit but still lost. Thus, instead of walking away with a “bad” settlement of only $250,000, the broker spent the better part of a decade embroiled in two lawsuits that ultimately cost him $1.2 million.

As cautionary tales often come in threes, here’s a final one: Good friends came home one day after a weekend trip to discover that their beloved privacy hedge (located on their side of the property line) had been hacked down by their pushy next-door neighbors in a quest for more sunlight. The outraged couple promptly sued; after two years in court, they were vindicated. They won $5,000. But their lawyer billed them $200,000 in legal fees.

There is an old Spanish curse:  “May you have a lawsuit in which you truly believe.” These three plaintiffs were so cursed. They had all been wronged—each had every right to truly believe in his lawsuit. And so they did. They also believed in that American myth perpetuated every day by too many trial lawyers and all of Hollywood—that wrongs can be righted in court. Whether a moral universe exists is at least questionable, but it certainly cannot be found in a courthouse.

Lawyers are surely to blame for litigation that enriches no one but themselves. But the fault is not theirs alone. While too many litigators may fail to adequately warn clients of the crushing financial and emotional costs of taking a case to trial, many do issue such warnings. Some clients listen, others don’t. “I don’t care what it costs. It’s the principal of the thing, this guy screwed me, and I want justice.”

The most famous litigation in the English-speaking world is Jarndyce vs. Jarndyce, the centerpiece of Charles Dickens’ “Bleak House.” In Jarndyce, an unbelievably vast fortune is the impetus for a will contest that spans generations of woebegone claimants and wicked lawyers, a will contest of such epic proportions and record-setting duration that it is only settled when the lawyers have bled every last dime from the estate. Dickens might have been writing non-fiction.

(Editor’s Note: John McNellis was himself a litigator for a very short time a very long time ago).