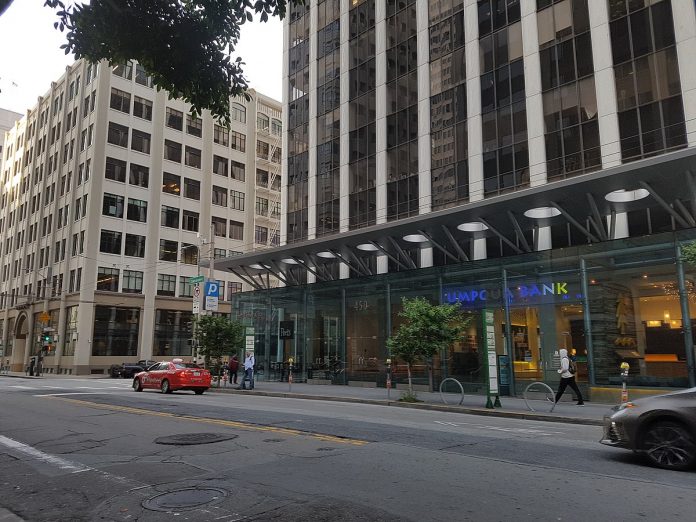 Boston-based AEW Capital Management has put up for sale the 133,000 square foot office building in San Francisco located at 450 Sansome Street. The pricing guidance on the sale is $130 million (or around $977 per square foot, at that pricing level), according to sources that are familiar with the planned sale.

AEW did not respond to emails seeking comment for this story. The property owner has selected the San Francisco office of Eastdil Secured to be the listing agent on the sale.

Should a sale of the office building occur, it would represent the third time in seven years that the asset has traded hands.

The last sale of the property was when the office building was managed by Chicago-based LaSalle Investment Management. The real estate manager had acquired the property for $89.1 million or $670 per square foot in July 2015. LaSalle had purchased the property as a separate account investment for Swiss RE, a Switzerland-based insurance company.

AEW took over management of 450 Sansome and the rest of the assets in the Swiss RE separate account at the end of 2019, according to sources familiar with this separate account relationship. LaSalle did not respond to emails seeking comment for this story.

450 Sansome is now considered to be a core plus investment opportunity. The property has strong income in the asset with the chance of additional value to be included in the future by bringing some leases in the property up to market rental rate levels. Some of the tenants in the property now include Umpqua Bank, ABD Retirement Services and SillaJen Biotherapeutics.