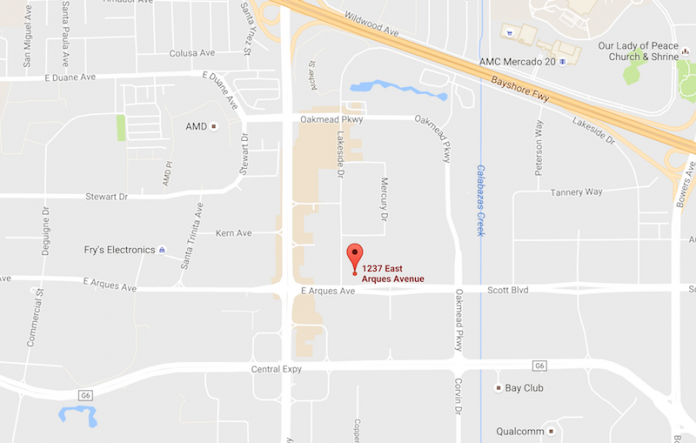 Baltimore-based Alex. Brown Realty has paid $20.04 million to acquire the 68,608 square foot R&D/office building located at 1237 East Argues Avenue in Sunnyvale. This property was acquired in a joint venture along with San Francisco-based Graymark Capital.

[contextly_sidebar id=”b6aN7qWSWo3VXfXMxMlPrivDMjMQpGZ7″]Alex. Brown made a $8.5 million equity investment into the property on behalf of its commingled fund, the ABR Chesapeake Fund V. This investment is the only asset that the commingled fund owns that is in the San Francisco Bay Area at this time. There was acquisition financing put on the deal by RGA Reinsurance Company.

“We think that Sunnyvale is an attractive market to own assets in. The market is strong from both a rental rate growth and the number of companies added jobs in the region,” says Tom Burton, chief investment officer with Alex. Brown Realty.

This deal is the first transaction between Alex. Brown Realty and Graymark. Alex. Brown is the main equity investor and Graymark is acting more as the local operating partner. The rents in the property are below market. It will allow the new owners to create some value once current leases end their lease term.

The property is now 100 percent leased to Sensity Systems. The technology company uses the space for its company headquarters. There is around 20 percent of the building sub-leased to Holly Peterson Systems.

The seller of the property was San Francisco-based Prologis. This was one of the assets that the company acquired when it merged with AMB Realty several years ago. The likely reason for the sale was that this is not an industrial asset, which is the main line of business for Prologis. The seller traded the asset with the assistance of Eric Fox and Steve Hermann of Cushman & Wakefield.

Alex. Brown Realty has a total of nine assets in Fund V. Some of the other markets in which it owns assets include the Inland Empire in Southern California, Chicago, Raleigh, Houston, Charleston, S.C. and Rockville, Md.

The real estate manager is in the early stages of raising capital for Fund V. The company declined to name the total planned capital raise. It looks to invest in a mixture of office, industrial and retail assets around the country in which it can make improvements over time and then sell them once the changes to the assets have been completed.

All of the transactions for Fund V will be accomplished with the help of local operating partners. This commingled fund could have around 40 assets in the fund when all the capital has been invested.