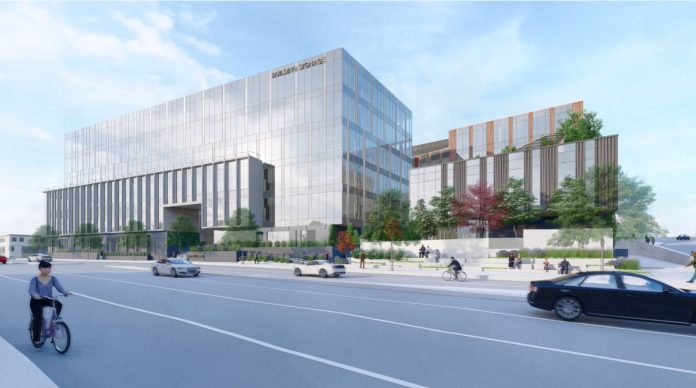 After selling interest in two properties in San Francisco, Pasadena, Calif.-based Alexandria Real Estate Equities is looking to quickly deploy that capital for future development in the Bay Area. The life science lab and technology office developer and landlord acquired two adjoining parcels in Millbrae for $21 million, according to public documents. The parcels are located at located at 201 and 231 Adrian Road in the Peninsula city, which is next to one of the largest life science clusters in the Bay Area.

The acquisition comes on the heels of Alexandria selling its interest in two San Francisco properties to its partner Nuveen. The properties involved in the $274 million transaction are 409/499 Illinois Street and 1500 Owens Street, which are both considered life science assets and are located in one of the strongest and most recognized biotech submarkets in the country. The cap rate on the transaction based on a cash deal was 4.2 percent, according to Alexandria.

The acquisition in Millbrae coincided with another purchase in San Bruno, a city that borders Millbrae and South San Francisco’s life science cluster. The company spent $105.25 million to acquire a former JC Penney retail location, which it hopes to transform into 700,000 square feet of commercial space for one of its current or future tenants. The property is located at 1122 El Camino Real in San Bruno, and the purchase was part of a larger acquisition initiative within the company, which saw $3.9 billion in purchases across 76 properties that Alexandria acquired during the nine months ending September 30, 2021.

The two sites in Millbrae are part of an eight-parcel assemblage that Alexandria is planning to redevelop into four buildings totaling approximately 578,000 square feet and would contain laboratory, office, amenity space, as well as associated open space, circulation and parking, and infrastructure improvements, according to the city’s web site with development detail. The sites, generally known as the 30 Rollins Road redevelopment, all fall into the Millbrae Station Area Specific Plan (MSASP) and have a current designation of Transit Oriented Development (TOD) and Employment Center/Light Industrial.

In October, Longfellow Real Estate Partners announced that it was also entering the Millbrae market. The North Carolina-based life science developer and property owner invested $80 million on a 2.07-acre site adjacent to the Millbrae Transit Station. The site is currently home to an 85,000+ SF self-storage facility, however, Longfellow plans to construct over 260,000 square feet of Class A life science space, complete with top-end amenities. Construction on the new development is expected to start in 2023.

Alexandria representatives did not respond to a request for comment at the time of this publishing.

The company has reasons to be optimistic. The third quarter saw a slightly higher total revenue number than that of a year ago, according to its’ third quarter of 2021 results. The company’s revenues grew over 8 percent when comparing the nine months in 2021 to those in 2020. On a net income basis, those numbers are even better—over 30 percent increase in the third quarter of 2021 over the same quarter a year ago, and over 49 percent increase in net income when comparing the first nine months of this year to last year.

While the company experienced significant positive outcomes over the last year, it sees a number of external risks affecting its business in the future. According to the report, Alexandria believes it is exposed to interest rate risk, which may result from a number of factors. These could include government monetary and tax policies, including domestic and international economic and political outcomes. However, perhaps the biggest immediate risk the company cites is associated with the volatility in commodity and labor prices or results associated with supply chain or procurement disruptions.