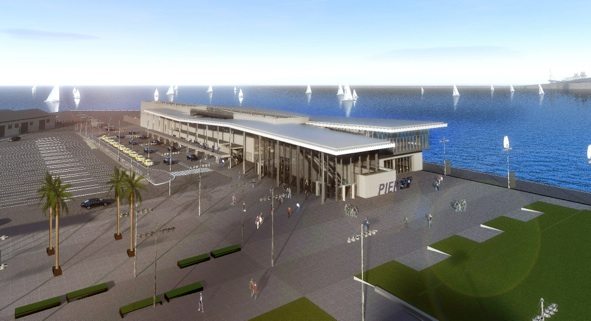 Races come, races go, but what legacy do they leave behind? In the run-up and excitement to the world’s most-followed sailing competition, the America’s Cup in 2013, it is crucial for San Francisco to plan not only for the crowds and attention but also for hindsight. The Port of San Francisco has struck an innovative arrangement with the America’s Cup Event Authority not unlike those of other major cities hosting one-time events. But as other major events have shown in the United States and abroad, residents and businesses also expect long-term benefits well after the last revelers and support teams depart their hotels.

Leveraging one-time building projects for the America’s Cup into something much more offers a model for progress in our nation’s new belt-tightened age. U.S. investment in some of the most basic municipal services such as roads and transportation has dwindled markedly. The gap nationally between transportation needs and current investment at all levels of government is $172 billion each year to maintain existing transportation and $214 billion to improve system performance. Federal spending on transportation and water infrastructure peaked 30 years ago at about 40 percent and has declined steadily to less than 30 percent, with state and local entities picking up the rest, according to a 2009 report of the National Surface Transportation Infrastructure Financing Commission. 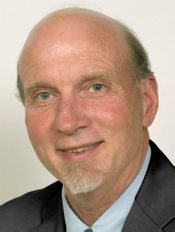 So the question becomes: How do we create efficient and livable cities with fewer resources? Partnering approaches like America’s Cup are one answer. Designing multi-purpose, dual-use facilities, transit solutions and other like investments also can help. One model is the America’s Cup village headquarters, where construction continues. The 88,000-square-foot development at Pier 27, now fast-tracked to be complete in 2013, is actually the Port of San Francisco’s James R. Herman International Cruise Ship Terminal. Its concept and design were underway before the America’s Cup came onto the scene.

The goal of the Cruise Ship Terminal design is to provide cruise passengers with a lasting impression of San Francisco’s stature and international appeal. While its base features a solid facade and roll-up glass doors that relate to the working waterfront history, the building’s graceful upper story and undulating roofline are a metaphor for ocean waves. Its angular form boldly reflects the terminal’s prominent role as an important public facility. The wide expanses of glass give arriving and departing passengers broad views of the bay and the city.

From the beginning, the Cruise Ship Terminal was envisioned to be a flexible, multi-use facility, so it could capture a variety of revenue sources to offset ongoing costs, stimulate additional activity on the waterfront and improve the neighborhood character. Port leaders, influenced by input from citizen and business groups, also understood that the facility had to be a signature gateway as a point-of-entry for thousands of cruise-ship passengers annually. Finally, it had to integrate seamlessly into the city’s existing fabric.

This broad framework became the starting point for its design, which proved so successful that it became an easy choice to serve in an America’s Cup capacity, if it could be completed in time. With the economic impetus of the cup behind it, the terminal building is moving quickly. Its main function is accommodating passengers when ships begin docking there in 2014. It has expansive embarkation/debarkation lobbies, sun-filled meeting spaces and supporting ticketing, retail and tourism facilities.

But, when not serving passengers, the terminal can accommodate many other uses. It has 60,000 square feet of indoor meeting space, intended as overflow capacity for major conventions coming to Moscone Center and other San Francisco venues. It provides exceptional eye-catching waterfront views for evening receptions, daytime meetings and entertainment.

A 2.5-acre outdoor plaza and “greenspace” is a recreational amenity for neighboring residents and visitors that offers another venue for income-generating events, such as health fairs and sports events. A three-acre, triangular ground transportation area, busy with vehicles when ships are at berth, can transform into a multi-use space for community events such as farmers markets. Some planners have even suggested its uses could include bicycle criterium, or “crit” races, evoking the horse-race events held in the historic Piazza del Campo in Sienna, Italy. Retail uses such as food carts and outdoor cafes also could be added to the plaza, providing a perfect stop-off and link between the Ferry Building to the south and Fisherman’s Wharf to the north for waterfront pedestrians and tourists to enjoy the bay. And, the overall design of the terminal will enhance the waterfront visually, replacing aging, boxy buildings with a smaller, more sleek and engaging structure.

Applying flexible, multi-use approaches to other aspects of the preparation for America’s Cup events are key goals of city, port and private sector planners. While a number of facilities, both public and private, will no doubt be built, enhanced or created temporarily, the transportation infrastructure is perhaps the most significant in terms of long-term tangible benefits. The City of San Francisco is moving quickly to capture transit improvements and in the process is helping San Franciscans think more sustainably about transportation—fewer cars, more of everything else.

Mayor Ed Lee has announced that a number of transportation “legacy projects” would benefit from America’s Cup planning and investment. Under a draft “people plan” created to prepare for accommodating cup visitors, several of the city’s strategies in varying stages of readiness are being considered for advanced implementation, including improvements to The Embarcadero and Jefferson Street, the Bay Trail and other bicycle related infrastructure and the extension of the Fort Mason Tunnel F-line.

According to the mayor’s office, part of the people plan is to “monitor and evaluate these projects and other opportunities to enhance the America’s Cup transportation strategies and leverage long-term improvements.”

Moving San Franciscans from dependence on cars to more transit, bikes and walking would be a significant legacy for hosting the America’s Cup.  The joint solutions offer a stronger likelihood of seeing much of these initiatives advanced than would otherwise exist. San Francisco needs the help. According to a 2011 Urban Land Institute infrastructure report, San Francisco embodies an “evident [national] trend,” in which older cities like “Boston, Philadelphia, Chicago and San Francisco” are faced with making difficult “triage decisions” including “retrenchment on new projects.”

The jury remains out in terms of what overall economic impact to expect, although it is encouraging to consider Atlanta’s reported $5 billion of economic growth after its Olympics and Sydney’s $10 billion post-Olympic impact, according to a 2004 report by the U.S. Department of Transportation. The America’s Cup Event Authority says an independent study predicts a $1.4 billion impact on the local economy over the next two and a half years including the creation of 9,000 jobs.

As the Olympics of the sailing world, the America’s Cup is projected to bring an estimated 2.6 million spectators. Worldwide, the cup has built an audience such that only the Olympics and soccer’s World Cup eclipse its economic benefits. Whatever benefits the event ultimately brings, in preparing San Francisco’s infrastructure to handle the visitors, the city stands to gain significantly and long term from creative problem solving now and the related transportation and facility improvements it will bring.

See you on the waterfront—and don’t bring your car.