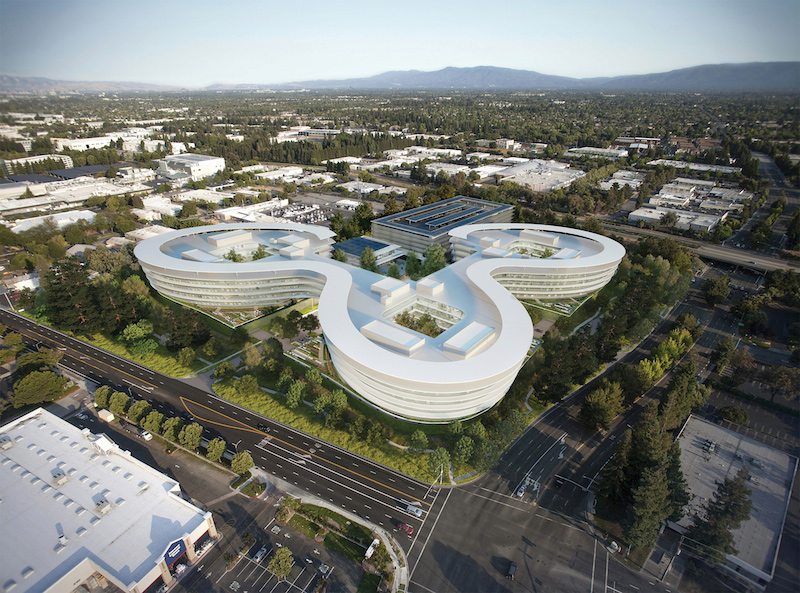 His 1970s office park needed more than an update, so Scott Jacobs started from scratch.

[dropcap]W[/dropcap]hen Scott Jacobs thought about updating a Sunnyvale office park his father built in the 1970s, he realized the best option was to start from scratch with a modern, amenities-rich campus not too dissimilar from what Silicon Valley’s most innovative technology companies are pursuing.

“My father said, ‘I never thought I’d be tearing down these buildings in my lifetime,’” said Jacobs, CEO of Menlo Park-based Landbank Investments LLC. “At the time they were built, they felt cutting-edge.”

But tech firms in Silicon Valley are making it clear that they have new needs, as companies such as Apple, Google and Facebook work on office expansions highlighted by large floor plates, extensive outdoor space and abundant amenities, all meant to encourage creativity and collaboration.

[quote]“Forward-thinking people are looking ahead to be ready with net-zero energy from day one.” Paul Woolford, HOK [/quote]

Each floor is a contiguous concrete slab. So while the typical floor plates measure 62,000 square feet, walls could be knocked out to join a total of 208,000 square feet—a key ingredient for tech companies looking for large floor plates that encourages employee interaction. 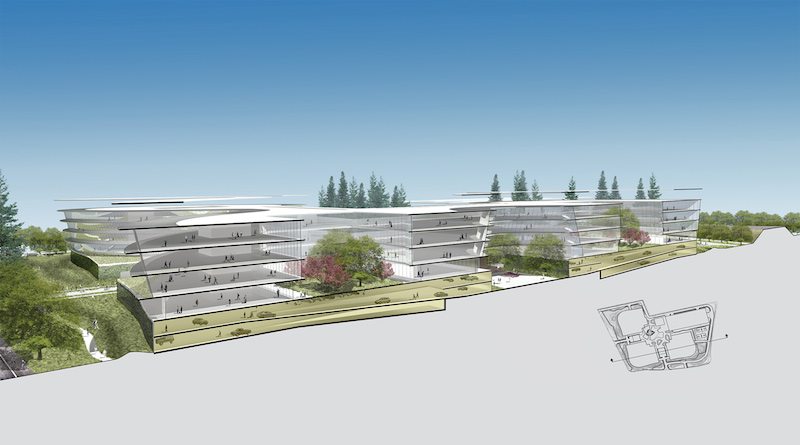 Catering to the tech industry made sense because “Sunnyvale is a leader in innovation and technology,” Jacobs said.

Central & Wolfe, slated for occupancy in March 2016, is designed to have one to three tenants, and it aims for a LEED Platinum rating. In its present design iteration, it will use mostly reclaimed water and generate on-site solar power. The building will be net-zero ready, meaning it is set up to easily add enough photovoltaic or solar thermal elements that it would not need energy off the utility grid.

“Forward-thinking people are looking ahead to be ready with net-zero energy from day one,” said Paul Woolford, design director at HOK in San Francisco.

A person inside the building will never be more than 45 feet from a window. Outside, plans call for a central quad, sports courts and fields, and more than two miles of walking and bike paths; a 300- to 500-seat sunken amphitheater surrounded by mature redwood trees; and a 90,000-square-foot rooftop garden. Courtyards will feature fruit trees as a nod toward the valley’s agricultural past. Everyone in the building will be within a 2.5-minute walk from the center of the quad. A separate amenities building will have space for services such as a fitness center, a café, a dry cleaner or a hair salon.

These features help “create community and a sense of place and identity,” Woolford said.

“In the most successful [office] projects, people have a variety of spaces to interact,” added David Lehrer, a spokesman at University of California, Berkeley’s Center for the Built Environment, a research group focused on improving the design, operation and environmental quality of buildings.

Amenities can boost employee satisfaction, lessen their time in cars and allow them to “balance personal responsibilities with work,” Lehrer said.

Locating near transportation and encouraging or providing commuting options, such as carpools or a shuttle, should be part of all new office plans, industry experts said.

“The additional trips that happen in a workday are part of the sustainability story,” said Egon Terplan, regional planning director at the urban planning group SPUR in San Francisco.

“You can make a building really green, but if everyone’s driving in their car to get there, you’re not doing everything you can,” Lehrer said.

Designing a building this way is more costly than most office projects (with final costs still being determined), but Landbank wants each design element to “raise the user experience bar,” Jacobs said.

All of these features and amenities can help companies attract the best and brightest talent, he added.

“You can say to current and prospective employees, ‘Come and look at our culture. Look at how enjoyable a workplace this is. We have innovative projects and services, and the process is enjoyable,’” Jacobs said.

“It’s designed around how the new workplace wants to organize itself,” Woolford said.

Landbank, which has a nearly 50-year history working with office and R&D projects in the region, plans to stick to this strategy of building for tenants’ needs.

“For developers to remain relevant and attractive to leading-edge tech companies, they will be better served by looking at what users want,” Jacobs said. 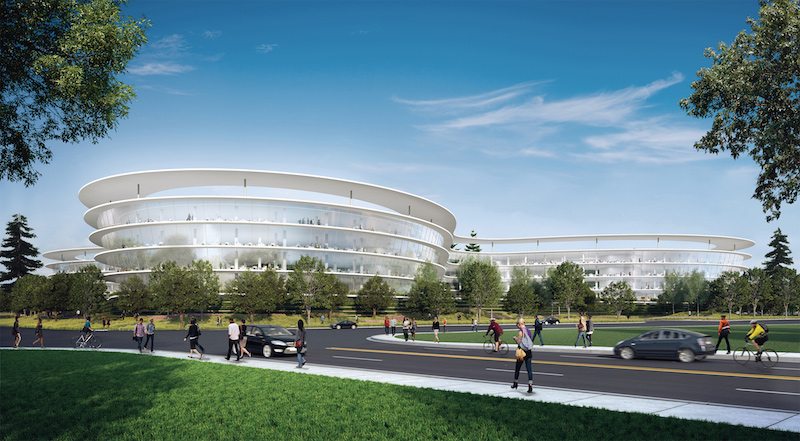