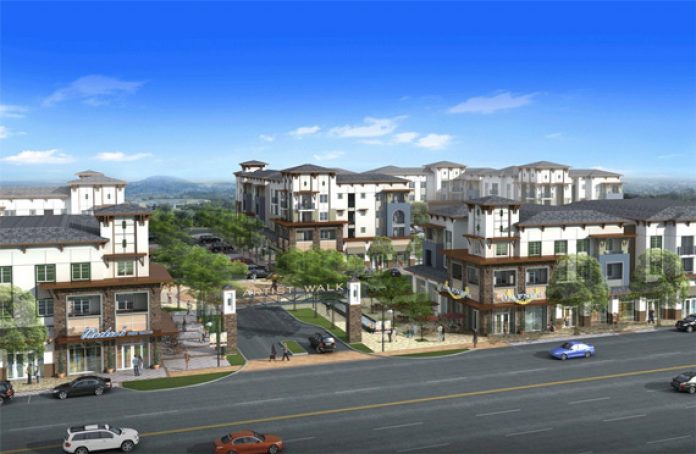 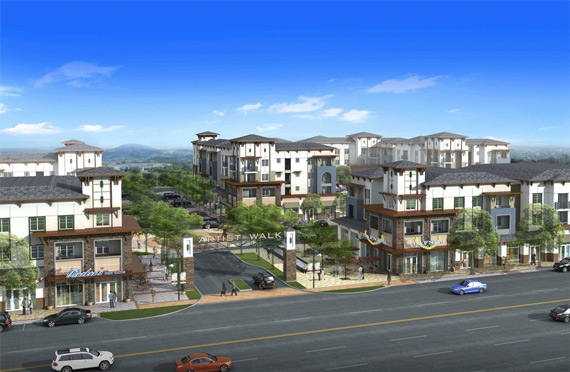 As Bay Area towns such as Redwood City and Fremont create plans for growth, city leaders and developers are taking into account suburban development trends.

“Suburbs are changing,” said Ed McMahon, a Washington, D.C-based senior resident fellow at the Urban Land Institute. “Aspects of urban life are moving to the suburbs.”

“Suburbs are building in more compact ways. The successful suburbs of the future are going to be the mixed-use suburbs that have a walkable center,” he said, and suburbs that are “drive-everywhere-for-everything suburbs” are going to become less competitive. McMahon moderated a panel of industry experts who spoke at a ULI event about suburban growth and density held in May in Oakland.

The city also pegged its downtown as a key area for growth and in 2011 adopted a Downtown Precise Plan that outlines rules for and encourages development in the district. Guidelines and codes in the plan simplify and speed up the entitlement process for developers, Brooks said, while expansion is limited with annual housing and office space caps.

Results have been positive as projects that started under the precise plan, including 116 apartments at 201 Marshall St. by Raintree Partners and 132 condominiums at 333 Main St. developed by Sares Regis Group of Northern California, are fully or close to fully leased, Brooks said. Additionally, a 334,000-square-foot speculative office development by Kilroy Realty Corp. and Hunter Storm was leased to cloud content management provider Box, Inc.

Fremont also is working to create a more urban downtown, said Jessica von Borck, Fremont’s assistant city manager. Plans include a mixed-use project by TMG Partners and Regis Homes Bay Area on a city-owned lot—which the developers will purchase—at State Street and Capitol Avenue. The project, which will include 145 residential units and 22,000 square feet of ground-floor retail space, will be the first mixed-use project in Fremont’s downtown, von Borck said.

“We want to be a strategically urban modern city,” she said. “We want to preserve the quality of life we have while accommodating this growth.”

Danville-based BHV CenterStreet Properties, LLC also has a project under way in Fremont. The company aims to break ground this fall on its $77 million mixed-use Artist Walk development, said Brad Blake, co-founder and managing partner of BHV CenterStreet. The project, on 6.5 acres near the intersection of Fremont Boulevard and Thornton Avenue in the city’s Centerville district, will include about 185 rental residential units and 29,000 square feet of ground-floor retail space fronting Fremont Boulevard.

Working with the community proved to be a key part of the suburban development process, Blake said. “We had to develop community trust,” he said, adding that one lesson learned was “how to balance vision vs. reality.”

As suburbs become denser, one hurdle cities face is ensuring that residents are comfortable with growth.

“You only need density in a few places,” McMahon said, and successful suburbs typically designate these areas, such as transportation corridors or a downtown.

High-quality design helps overcome opposition to density. “You can’t just take more look-alike houses and stick them closer together and expect everyone to like that,” McMahon said. Also, public amenities such as parks, bike trails and sidewalks are important.

Further, density does not automatically translate to high-rises. “You can have an incredible amount of density without high-rise buildings,” he said.

“The communities that have successfully gotten lots of new density have been in places where they essentially tied a rope around density and said, ‘Here’s where the density is going to go, here’s where it’s not going to go.’ And the people who lived in single-family neighborhoods weren’t worried about getting high-rises [near their homes],” McMahon said.

Part of suburban growth is “about taking risks,” von Borck said. “It’s about understanding your community and your vision and being committed to it.”