The 2,135 units are 90 percent affordable properties including senior-housing. They are located in California, Washington and Oregon.

The partnership, Bayside Communities LLC, also expects to acquire the general-partner interests in another 12 properties from the A.F. Evans portfolio in the next few weeks.

The assets, which include a property management company also previously owned by A.F. Evans, are being acquired all cash and are valued by Bayside at not quite $300 million.

Bayside Communities and Bayside Management were formed specifically to acquire and operate the assets of the Evans company.

A.F. Evans filed for Chapter 11 bankruptcy protection in March 2009. The company estimated assets of less than $50,000 and liabilities of $100 million to $500 million. Its three largest creditors were Union Bank, Key Bank and US Bank. Union and Key banks were each owed $10 million; US Bank was owed just more than $9 million.

The Bayside Communities’ acquisitions create a platform for a proposed expansion effort aimed at acquiring and securing management contracts on more than 20,000 affordable and senior rental units in the Western and Southwestern United States over the next five years. “It is a major initiative of Barker Pacific,” said Michael Barker, chief executive and managing director of Barker Pacific Group. He is also the co-chairman of Bayside Communities.

Michael Barker declined to specify the returns he anticipated from the venture. “It is not the kind of investment where you will make a killing,” he said, “but it is the kind of return that is solid and has low downside risk.”

Based on his experience at Barker Pacific’s own affordable housing property, the Leandro Soto Apartments in San Francisco’s Mission district, vacancy is not typically an issue, in contrast to an office building, where the departure of one tenant can leave a landlord with a largely or fully vacant property.

“I was down [at the Leandro Soto Apartments] this morning checking out the roof,” Barker said. “We built it over 18 years ago. It is in mint condition, and we never have vacancy.”

Affordable housing developers receive assistance from the federal and state governments in the form of tax credits, which they sell to raise cash to pay a portion of the cost of building. Buyers, such as corporations, use the credits to offset their income-related tax liabilities. In exchange, affordable housing developers can only rent to tenants whose incomes meet mandated maximums and can only raise rents in increments set by the government, Barker said.

The management of such properties requires a knowledge of affordable-housing rules and how they must be implemented, including qualifying renters and ensuring their income stays within the guidelines, he said.

To aid the expansion effort, the partnership has been joined by Basil Rallis, the former managing director of Cascade Affordable Housing in Seattle. While at Cascade, Rallis was responsible for the acquisition of general-partnership interests in affordable housing and oversight of the company’s growth from 2,000 units to more than 22,500 units.

“Our plan is to do the same thing,” Barker said.

In San Francisco, besides the Mission District apartments, Barker Pacific has developed 100 First Plaza and owns and manages One Sansome Street and 1235 Mission St. The company has offices in Los Angeles, San Francisco and Marin County.

The Luzzatto Co. and its affiliates invest nationwide in real estate and real estate-related debt, with existing investments in California, Texas, Alabama, Georgia, Illinois and Missouri. Lion Real Estate Group is a real estate investment and development firm based in Los Angeles. 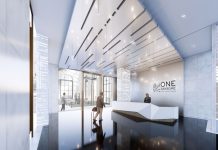 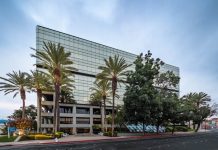 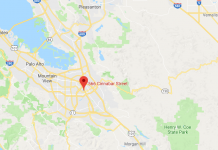 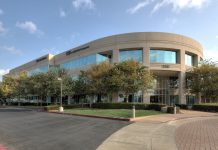 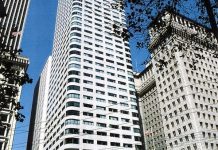