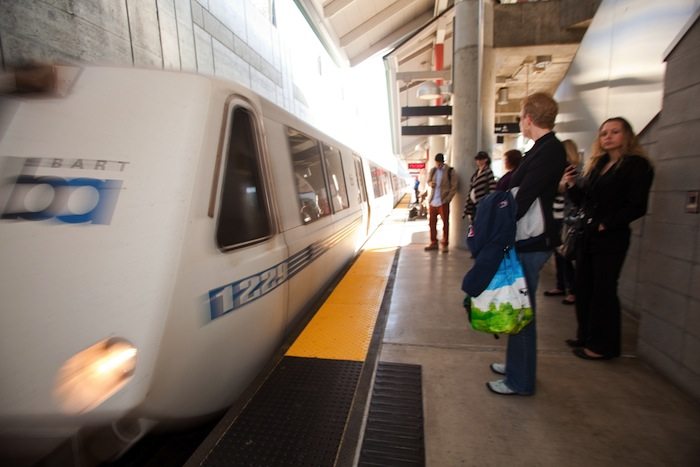 During his long tenure at the Bay Area Rapid Transit district, John Rennels said he has never seen so much activity focused on transit-oriented development as he does today.

“I’ve been at BART for 23 years, and there has never been a time we have been so busy,” said Rennels, a project manager in BART’s real estate and property development department. “Interest from local jurisdictions and the private development community is very high.”

[contextly_sidebar id=”svGqetSssioY7JINzBtCGEwm3gok6tyo”]”We are trying to create a transit-based lifestyle,” he said, “and promote a new sense of life and community around our stations. That, in turn, generates a greater sense of security for riders and residents alike. Stations become active and vibrant around the clock.”

Over the past decade, the region’s largest public transit agency—which operates 44 stations along 104 miles of track and carries a weekday average of 420,000 commuters through Alameda, Contra Costa, San Francisco and San Mateo counties—has completed eight TOD projects with 867 housing units, 72,600 square feet of retail and 107,000 square feet of office space built at a cost of $459 million. Among the more notable projects are Fruitvale Village in Oakland, and those surrounding the Hayward, Castro Valley, Union City, Dublin and the Pleasant Hill BART stations.

There’s more BART transit-oriented development on the near and far horizon in the East Bay and throughout the region—from stations in Millbrae, Daly City and San Francisco on the west to the East Bay cities of Richmond, El Cerrito, Walnut Creek, Oakland and the new Warm Springs station in south Fremont, scheduled to open later this year. These projects will add more than 4,000 new housing units, 276,500 square feet of new retail space and 1.2 million square feet of office space.

Defined as medium- to high-density retail, residential or office space within walking distance of mass transit, TOD is hailed by public officials as a way to boost the Bay Area’s stock of more affordable housing, reduce pollution and congestion by turning solo car commuters into train riders, generate jobs by locating businesses adjacent to transit hubs and enliven train stations by populating their surroundings with 24-hour residents and retail stores and services for them and BART riders alike.

Fostering TOD projects is crucial to the future economic health of the Bay Area, according to Matt Regan, the senior vice president of public policy for the Bay Area Council, a business-sponsored advocacy group representing 275 of the region’s largest employers.

“When you look at our region and the principal impediments to its economic growth, the potential pitfalls that will speed us back into recession, it is the inability of major employers, particularly in knowledge economy, to attract top talent. Whether they are hospitals or R&D companies, a lot of people they try to recruit just can’t afford to live here. The ones who do come will get in cars and drive over the Altamont Pass.”

“Dating back all the way to 1970, the Bay Area has not been building enough housing to meet demand. The shrinking demand and opposition to high-density housing projects by neighbors is driving the cost of housing up higher and higher,” Regan said.

The median price of a home in the nine-county Bay Area in early 2015 was nearly $743,000, according to the National Association of Realtors. The average Bay Area rent at the end of 2014 was $2,238 per month in large apartment complexes, according to RealFacts, a market research firm. 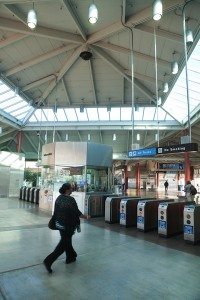 Hoping to help meet some of the soaring demand for affordable housing, BART and local jurisdictions have 10 approved projects that will add more than 3,000 housing units, 89,000 square feet of retail and 670,000 square feet of office space built at a cost of more than $1.5 billion.

“Yes, this kind of development does generate new sources of revenue for us,” Rennels said.

BART officials say completed TOD projects have generated nearly 379,000 additional annual trips on their trains, along with $1.4 million in new yearly revenue for the district. They estimate the 10 approved projects will drum up 1.2 million additional new trips and $5 million in income per year, while the seven such developments further off into the future will yield nearly 611,000 new trips and $2.7 million in revenue per year.

TOD projects have been a boon to developers, including the San Francisco-based Bridge Housing Corp., formed 32 years ago to promote construction of more affordable housing options in the Bay Area. Bridge built BART’s first TOD development, which includes the 96-unit Strobridge Court apartment complex adjacent to the Castro Valley BART station. It has since built another 388 units of affordable rental and for-sale housing units near the West Oakland, Pleasant Hill and Colma BART stations.

A Bridge affiliate, MacArthur Transit Community Partners, is developing the expansive mixed-use project at Oakland’s MacArthur BART station, according to Cynthia Parker, Bridge’s president and CEO. Its first housing development, the 90-unit Mural project, will open this year, with another 534 affordable and market-rate units yet to be built around the station. The $350 million MacArthur Station project also includes a future 478-space parking garage for BART riders and 42,500 square feet of commercial and retail space.

Bridge is also building a 115-unit affordable rental housing project, called the Cornerstone apartments, next to the San Leandro BART station, scheduled to open next year.

“BART is a transit mainstay of the Bay Area, and a terrific partner for Bridge,” Parker said in a statement. “Transit-oriented development is one of our key strategies to achieving growth and providing affordable homes within sustainable commute distances to jobs plus access to retail and services.”

Parker describes the need for cheaper-than-market-rate housing in the region as “unbelievably high.” Housing costs in the Bay Area are among the highest in the nation.

“While we have strong job growth and low unemployment, wages are not keeping pace with skyrocketing rents,” she said. “People are employed, but at moderate and lower wage levels, they simply cannot afford the cost of housing.”

Compared to the average Bay Area market-rate rent topping $2,200 per month, apartment rents at the Bridge developments are within reach of lower-wage workers. Lyn Hikida, a Bridge spokeswoman, said monthly rents range from $399 to $1,424 at Trestle Glen in Daly City, and $493 to $1,155 at Marea Alta in San Leandro. When it opens, monthly rents at the Mural apartment complex in Oakland will range from $450 to $1,100.

Solomon Ets-Hokin, senior vice president in the Oakland office of Colliers International, and other Bay Area retail brokers said the success of retail in TOD projects has been a mixed bag thus far. Ets-Hokin said retail plays a crucial role in their overall vitality. He said some of the developers of BART TOD projects “get” retail and have created successful spaces, including those of larger size with high ceilings, convenient parking, good visibility and customer foot traffic and such basics as good delivery and trash service.

Ets-Hokin said the rising, $4.5 billion Transbay Transit Center development in downtown San Francisco—of which BART will be only one of many public transit providers—will represent the gold standard of retail/mass transit interface, as it will draw up to 45 million passengers and visitors annually. Tenants are currently being sought to fill 160,000 square feet of retail and restaurant space. He added the conversion of the former 400,000-square-foot Sears department store in downtown Oakland—which sits atop the BART station at 19th Street—by Palo Alto-based Lane Partners to become a home for street-level retailers and tech companies on the upper floors has potential for success.

Office space tends to be an easier sell at TOD projects, according to Jim Beeger, senior vice president in the San Jose office of Colliers International. Average asking lease rates are high and vacancy rates almost non-existent at such developments throughout the Bay Area, Beeger said, especially where tech companies involved in the Internet and social networking locate.

“Companies in that sector, especially when they have younger employees, are thrilled to locate in TOD developments, to provide that transit option for their employees,” he said.