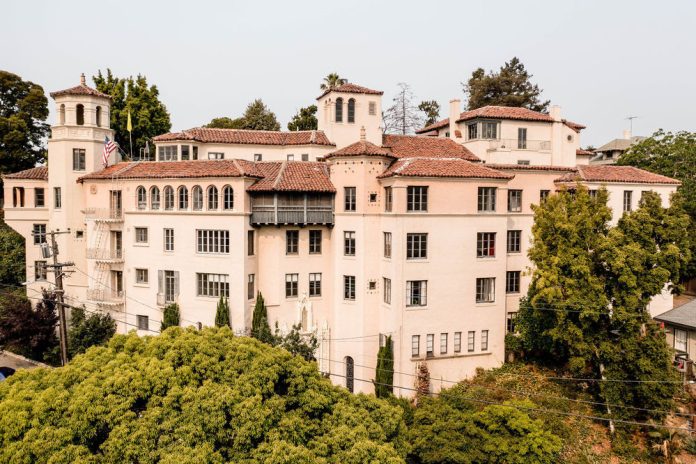 NAI NorCal’s Chappell Team represents both Buyer and Seller in the investment sale of a rare 27-unit multifamily building for $10.55MM with views overlooking Piedmont, Oakland Hills and Lake Merritt.

GRAND LAKE, CA – April 14, 2021 – NAI NorCal’s Chappell Team is excited to announce the off-market sale of this historic building, admired by local investors. Named “El Mirador” for its views of Piedmont, Oakland Hills, and Lake Merritt, the 1920s Spanish-style architecture property has 27 units, a grand entranceway and rooftop deck with penthouse units. Sold for $10,550,000, with an incredible 4.18% cap rate ($390.7K/unit, $324/SF, 13.17 GRM), the sale is another standout multifamily deal in the Oakland area so far in 2022 for NAI Northern California.

Although officially sold off-market, the property received tremendous interest from the Bay Area’s largest multifamily investors and competing brokers as Team Chappell shared it widely. Many long-term Oakland investors who saw this property sell in 2003 were eager to take a shot at it.

From top and bottom line perspective, investors were drawn to the 12 vacancies resulting from the pandemic that allowed investors to invest to their liking and achieve targeted upside in rents, Oakland’s Merritt Act historic building credit (estimated at $800K or $80K/yr for 10 years) and the high quality cash flows typical of the Grand Lake Neighborhood.

The property was initially offered at $10.5M with a 4.2% cap rate, $322/SF, 12.57 GRM and $388K/unit. Supporting the valuation, some of the vacant 1bd/1ba units, which measure out to 950SF/unit, had recently rented for $3400 – – top quartile for the area. Potential risks included, though supported by the historic building tax credits, were the typical issues associated with older buildings (e.g., elevator, electricals, plumbing).

Typical for this segment, a small group of investors stayed active as bids went up. These value-add investors with strong property management prowess, saw ways to attract young professionals who would pay considerably more for these large units if the space, appliances and quality were there. Given the regimented nature of the buyer’s team, Team Chappell represented the buyer and worked diligently with them to cover every detail of the property in a discreet manner so as not to disturb the tenants. After all of the risks were assessed, the final price settled at $10.55M.

This sale has all the hallmarks of a great sale: a seller patiently manages vacancies to realize the asset’s potential while the buyer is willing to pay more than others due to potential upside via renovations and strong property management skill set. It’s a success story we see among both small families and investors with organized capital.

NAI Northern California is the full-service outpost of NAI Global, the world’s largest network of owner-operated commercial real estate firms. With three offices in San Francisco, Oakland, and San Jose, we lead commercial real estate investments throughout the Bay Area, across Northern California, and around the country and the world thanks to the far-reaching NAI platform.

Locally, our team delivers CRE services with a heightened awareness of the technology that drives our region. Our advisors are the most tech-empowered of any under the NAI brand, maximizing the value we create for our clients, the industry, and our community. But we share more than just the tech of our neighbors. We share a mindset. Here it’s not enough to just be aware of what is. We’re also keenly focused on what could be. In Northern California, entrepreneurial thinking is habitual, and it’s a built-in mentality that we bring to every transaction.