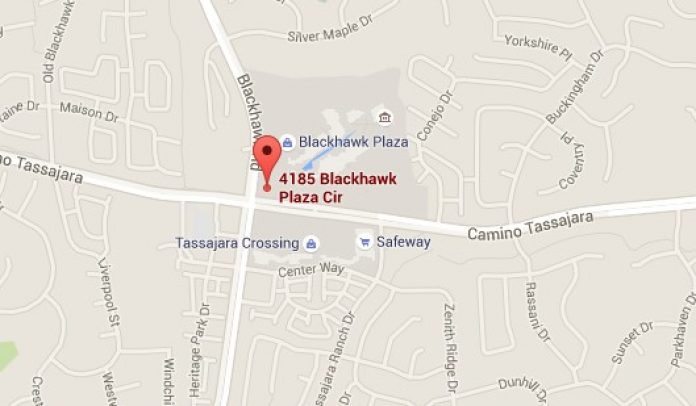 The real estate landscape in downtown Danville is becoming an increasingly appealing market both for buyers and sellers, prompting some notable and eye-catching deals. On Thursday, April 9th, Trumark Commercial LLC completed the sale of the Blackhawk Financial Center in Danville, CA, to StarJ Partners, LLC for $7,875,000 (or $284.83 per square foot) as a Grant Deed. The Blackhawk Financial Center, originally built in 1999, has a total square footage of 27,648. Over the last decade or so, the Financial Center, located at 4185 Blackhawk Plaza Circle in Danville, CA has significantly risen in value. Previously, in 1997, Behring Educational Institute sold the space to Greenwood Properties LLC for $675,000 according to the sales report.

Michael Copeland with DTZ, commercial real estate adviser, represented both Trumark Commercial and StarJ Partners in the financial transaction back in April. Copeland, who has also been retained by StarJ Partners as the leasing broker for the space, suggests that the area of Blackhawk in Danville is an especially attractive location and could have contributed to the significant sales value of the building.

The space is located at the corner of Crow Canyon Road and Camino Tassajara. It is also located adjacent to Blackhawk Plaza, a prominent retail center home to several restaurants and retail stores. At the time of sale several weeks ago, the Class A building was 91 percent leased to multiple prominent business tenants such as Chase Bank, Skyland Properties, Trumark Insurance and Financial and Tucker Associates, among several others.

According to Copeland, the specific market in the area of Blackhawk in Danville is now more than ever an attractive prospect for buyers. “Blackhawk is somewhat viewed as a niche market, and lease rates have always been at a premium in a niche market,” he said.

Copeland also commented on the significance of the transaction in terms of the larger surrounding area. “A sale like this is just reflective of the overall desirability of Danville. Things sell for a premium downtown and in Blackhawk.” The high financial figures of the transaction might be due just as much to the desirability of the overall location as to the building itself.

Currently, other markets are experiencing considerable success as well. “You can compare the area of Danville to other niche areas like Palo Alto. The prices are comparable because people want to be there,” Copeland added. Considering the significant sales price of the building, though—almost $7.9 million—it’s becoming clearer that the success of downtown Danville’s market, similarly to other markets the Bay Area, is due to several factors.

Tom Signorelli of StarJ Partners also believes the location of the space played a large role in the transaction. “It made sense for my company to go in there because it’s a very high-quality asset,” Signorelli said. He also views the financial center as a long-term project. “We see long-term value in the community.”

However, the transaction between Trumark and StarJ Partners was not only encouraged by the appealing location or surrounding community—the deal was also a matter of entering at the right time, according to Signorelli. “With all the home building in the area and the good economic condition, it makes sense from a real estate investor standpoint to make these kinds of investments.”

The building sold for a 6.6 percent cap rate on existing income “with some leases rolling,” according to Copeland. Although the value of the space has increased dramatically over the past few years—from 1997 to present—the ‘Boom and Bust’ nature of the real estate market is prevalent now so more than ever, and the cap rate could have been affected by the nature of this ongoing cycle. “Your net operating income could dip before it goes up if you don’t time it right,” Copeland said.

The ever-changing landscape of the real estate market makes it challenging to predict whether this type of transaction will be successful—financially or otherwise. However, Ron Winter, Principal of Trumark Commercial, felt that this transaction represented a mutually beneficial opportunity in the current market. “We weren’t actively trying to sell the space, but because the price was right, we sold it. That’s the nature of what we do,” Winter said. “In the years that we had the space, rents had been up and down, but the market up here has gotten a lot stronger,” he added.

According to Winter, the changed ownership of the space appealed to both parties involved. “This space is one-of-a-kind and has a lot of notoriety. “It was a unique opportunity for [StarJ Partners] to buy something that has a real pride of ownership. For us, the deal was right.”