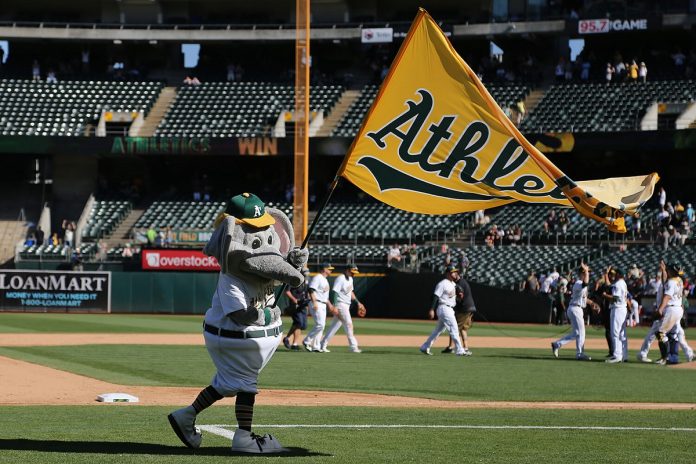 AB 734 provides a specially speedy CEQA approach for approval of a new Oakland A’s ball park and associated development at Howard Terminal near Jack London Square. The basic benefit of AB 734 is to limit the time to complete the CEQA process, including all appeals, to within 270 days of the filing of the certified record of proceedings with a court if litigation is filed against CEQA approval of the ball park project. AB 734 requires the California Judicial Council to amend the Rules of Court to achieve this result. This gives the Oakland A’s certainty over timing, which is critical for building a major sports facility that needs to plan its schedule for future games.

The bill requires that the project include a number of environmental, transportation, employment and community benefits that are greater or more extensive than would likely be imposed during a normal EIR process. These include building to LEED Gold certification for each element of the project and developing a project that does not result in any net additional emissions of greenhouse gasses within Oakland or the Bay Area Air Quality Management District’s jurisdiction under California Air Resources Board rules – with not more than 50 percent of the greenhouse gas emission reductions as a result of purchasing offsets. It also includes developing a transportation management plan that achieves at least a 20 percent reduction in vehicle trips collectively by attendees, employees, visitors and customers as compared to operations absent the transportation management plan, transportation demand management program, or both. The community benefits will be specified by the City of Oakland and/or the Port of Oakland. These programs will include open space, affordable housing, local business and small business policies, as well as local employment and job training programs. These measures will also include increased frequency of public transit and transit accessibility. The contractors and subcontractors building the project must pay prevailing wages.

While the effects of this bill are important to the Oakland A’s and their ability to develop at Howard Terminal in a timely manner, there are other approvals from a number of other agencies that are required for the development of a baseball park at Howard Terminal that are not affected by this bill.

This bill is similar to bills passed by the legislature and signed by the Governor in recent years that benefitted the Golden State Warriors building their new facility in San Francisco and the Los Angeles Clippers planning their new facility in Inglewood. It is also similar to a general CEQA streamlining bill passed in 2011 and extended in 2016 to benefit large economic development projects requiring the Governor’s approval. Six projects have been approved under the general large project approval process:

There was another CEQA reform bill passed by the legislature and approved by the Governor in 2018 – AB 1804. This bill extends the existing exemption to CEQA review to certain infill residential or mixed-use housing projects that are no larger than five acres and are in unincorporated parts of a county. The projects must have at least six residential units, contain a density of at least six units per acre, and mirror the average density of nearby residential properties. At least two thirds of the project must be residential. The purpose of this bill was to extend the urban infill exemption to CEQA to some areas in unincorporated parts of counties with urban-like densities.

These measures are in contrast to the numerous attempts to reform the CEQA process more generally, which have all failed in the legislature. The failure of those measures is largely due to an alliance of some environmental groups and labor unions. The environmental groups are concerned about weakening environmental protections, while the unions use the threat of (or actual) CEQA lawsuits to leverage union agreements on large scale developments. This latter issue, plus similar tactics by development competitors using the CEQA process to slow or stop projects, is a primary reason that both development interests and local government agencies continue to push for CEQA reform. In addition, of course, there is the excessive time and cost involved with EIRs, causing significant barriers to the housing development that California so desperately needs.

R. Zachary Wasserman is a partner with Wendel Rosen Black & Dean LLP. He may be reached at zwasserman /at/ wendel.com.