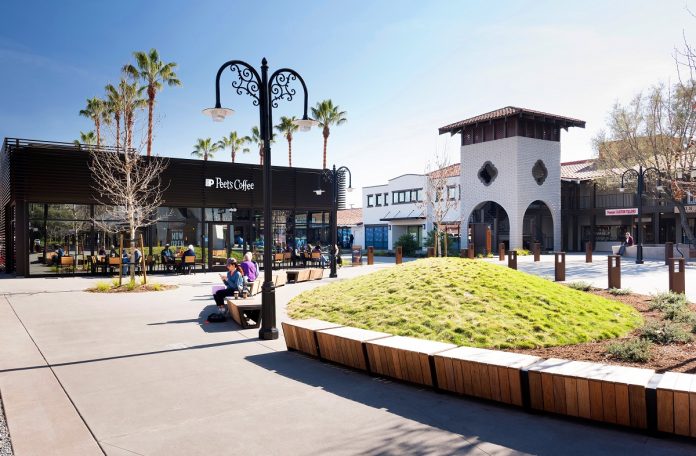 The Pruneyard, a popular local retail center in Campbell, Calif., has been purchased by one of the nation’s largest commercial retail owners in the United States. In a deal that closed on July 1st, the center was sold to Florida-based Regency Centers for $212.5 million, or about $824 per square foot. Regency Centers paid cash for the property.

“The Pruneyard is an iconic destination, and an opportunity to be a part of something like this doesn’t come along very often,” said Craig Ramey, Regency Centers’ Managing Director of the Pacific Northwest, Colorado, and Northern California in a statement. “We’re aware of the rich history of this center. This, coupled with a strong merchandising mix and terrific amenities, aligns very closely with the types of properties already in our portfolio. We want to ensure that The Pruneyard continues to build on its recognized position as a premier retail destination in Silicon Valley.”

The 258,000 square foot property, located at 1875 S. Bascom Ave., was sold by an affiliate of San Francisco-based development and real estate firm Ellis Partners. Ellis Partners is retaining a minority interest and will continue to provide operating services on behalf of Regency.

“We are very excited about the sale of this property.  We will remain in as a significant minority owner of the property,” said Jim Ellis, a managing principal with Ellis Partners.  He declined to give out the exact amount of ownership that the company holds in the property going forward.

Ellis had owned the property along with The Fortress Group.  Both of them agreed on the sale to Regency Centers.  The property is now 92 percent occupied.  The sale of the property is the first time that Ellis has been involved in a transaction with Regency.

Ellis did not put the property up for sale on a public basis.  “The sale of the Pruneyard was accomplished as an off-market deal.  We were approached by Regency to see if we would be interested in selling the property,” said Ellis.

In February of this year, Ellis Partners announced that Oaktree purchased a stake in the three-building, 365,000 square foot Class A component of the complex for $141.5 million. At the time Ellis Partners retained its ownership stake. The three office properties included 1901 S. Bascom, which totaled 119,310 square feet, 1999 S. Bascom, which is 119,002 square feet and 1919 S. Bascom, a 126,736 building. The site for 777 Campbell Ave., a fully-entitled 100,000 square foot, five-story building, was also included in the transaction.

The sale occurs after Ellis Partners has worked extensively to update the center, which was originally constructed in the 1960s. The firm had purchased the retail center, which totals some 29 acres, in 2014 for $280 million. Ellis began renovations to the site in January of 2017. According to previous reporting done by The Registry, The Pruneyard had not been updated for nearly 20 years. The multi-phase project worked to revamp pedestrian walkways via new landscaping, way-finding materials and monument signage, as well as the addition of seating and gathering places throughout the complex.

Currently, the center features 17 restaurants and 23 retailers, including Trader Joe’s, Mendocino Farms, Orchard City Kitchen and The Pruneyard Cinemas. New additions to the complex since Ellis Partners took over include Tin Pot Creamery, a small-batch, organic ice cream shop, and Lulu’s a family-run taqueria. The DoubleTree was also modernized and included a renovated lobby and corridor, as well as the addition of dining services and a fitness center.

Regency currently owns and operates 28 properties in the Bay Area, including The Pruneyard, West, Park Plaza in San Jose and Bayhill Shopping Center in California. According to its website, the firm targets shopping centers located in affluent and densely populated areas around the country.