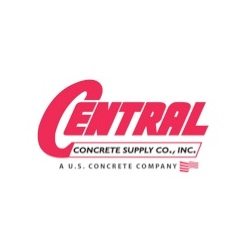 First Delivery of Low-CO2 Concrete to Commence on May 21

SAN JOSE, Calif., May 21, 2012 — Central Concrete, a U.S. Concrete Company, today announced that it was selected to supply its high-performing, low-C02 concrete for the new San Francisco 49er Stadium. At 7 am, Central Concrete will deliver the first concrete, kicking off another milestone in the stadium’s fast-paced development.

In choosing Central Concrete’s product, the San Francisco 49ers and the Turner/Devcon Construction team are demonstrating their commitment to sustainability. Central is recognized for engineering higher-performing concrete compared to traditional concrete, while using materials that reduce the structure’s carbon footprint.

Central will be supplying an estimated 80,000 cubic yards of concrete for the auger cast piles and the overall stadium structure. The mixes selected will reduce the overall carbon footprint by 23 million pounds of CO2.

“As anyone who has ever seen a football stadium can attest, concrete is a significant material in stadium building,” said Gary Filizetti, president, Devcon Construction. “For that reason, it was important for us to select a supplier with demonstrated success in large-scale, high-performing concrete projects. The fact that Central Concrete excels not only in concrete performance, but also in mixes that reduce the carbon footprint was crucial in our decision.”

“We welcome the 49ers to the South Bay and are proud to be a part this landmark project,” said Tom Albanese, director of business development Central Concrete. “This new venue will be a place of pride for the entire Bay Area for generations to come.”

To celebrate this landmark project, Central will be featuring 49er graphics on its trucks, demonstrating its support and enthusiasm for the great 49er football legacy.

Central Concrete, a U.S. Concrete Company, has been serving the San Francisco Bay Area for over 60 years. The company is recognized for engineering higher-performing concrete than traditional concrete, while significantly lowering the carbon footprint with its low-C02 mixes. Central Concrete goes beyond conventional concrete suppliers, collaborating with owners, architects, structural engineers and contractors to evaluate project requirements and identify solutions that match each client’s unique needs.

These solutions are carefully developed and tested in Central Concrete’s Product Lab. Central is also proud to house U.S. Concrete’s National Research Laboratory. The Laboratory, through its groundbreaking research, has significantly advanced the performance of concrete and driven the creation of many innovative, cost-effective solutions.

With 11 locations in the San Francisco Bay Area, Central Concrete offers multiple points of service to meet the diverse operational needs of its customers.