SCOTTSDALE, Ariz.–Colony Starwood Homes (NYSE:SFR) (the “Company”), a leading single-family rental real estate investment trust (“REIT”), today announced the completion of the merger between Starwood Waypoint Residential Trust (“SWAY”) and Colony American Homes (“CAH”) and the internalization of SWAY’s manager, forming a combined company with a combined asset value of approximately $7.7 billion. The merger and the internalization were approved by SWAY’s shareholders at a meeting held on December 17, 2015. In connection with the merger, SWAY has been renamed Colony Starwood Homes and will trade under the ticker symbol “SFR” on the New York Stock Exchange effective January 6, 2016. The Company will maintain its existing “Waypoint Homes” consumer brand.

Barry Sternlicht, Co-Chairman of the Company’s Board of Trustees (the “Board”), said, “This transformative merger establishes Colony Starwood Homes as the premier single-family REIT, with the scale, balance sheet strength and operating capability to seek to deliver industry-leading returns on equity, supported by a stable and growing dividend, to our shareholders in the coming years.”

Thomas J. Barrack, Jr., Co-Chairman of the Board, added, “By combining these two leading organizations, with over 30,000 homes concentrated in our top 10 markets, we expect to unlock the strategic and operational benefits envisioned when we structured this transaction.”

“We have been making significant progress on our integration,” said Fred Tuomi, Chief Executive Officer (“CEO”) of Colony Starwood Homes. “We now expect to achieve 70% of the estimated $50 million projected run-rate synergies by the end of the first quarter 2016. This pace of cost savings is well ahead of our initial expectations and reflects the dedication and hard work of our entire organization. The combined company is especially well positioned to drive operational efficiencies, with the strongest portfolio density in the sector and approximately 90% of homes in our top 10 markets, and more than 2,700 homes in each market. The Company owns approximately 9,000 homes in Florida, 5,700 in Georgia, 5,000 in Texas, and over 3,600 in California, further illustrating our unique market selection, scale and density.”

Barry Sternlicht, CEO and Chairman of Starwood Capital Group and the former Chairman of SWAY’s board, along with Thomas J. Barrack, Jr., Executive Chairman of Colony Capital and the former Chairman of CAH’s board, are Co-Chairmen of the Board. Richard Bronson, Michael Fascitelli, and Jeffrey Kelter will remain on the Board as independent trustees. Robert Best, Thomas Knapp, John Steffens and J. Ronald Terwilliger, all former directors of CAH, have joined the Board as independent trustees. Thomas Bowers, COO at Starwood Capital Group, Justin Chang, the former CEO of CAH and a former director of CAH, and Richard Saltzman, the former Vice-Chairman of CAH’s board, have also joined the Board.

Anticipated Synergies and Financial Reporting
The Company currently expects to achieve significant identified synergies of approximately $50 million on a normalized annual basis resulting from operating property-level and G&A cost savings and the internalization of SWAY’s manager. The Company now believes that it will achieve 70% of run-rate savings by end of the first quarter 2016 and 100% realized by year-end 2017.

Immediately prior to the completion of the merger, the Company internalized its manager through the acquisition of SWAY Management LLC in exchange for the issuance to Starwood Capital Group Global, L.P. of 6.4 million common units of Colony Starwood Homes Partnership, L.P., which under certain circumstances are redeemable for the Company’s common shares on a one-for-one basis. 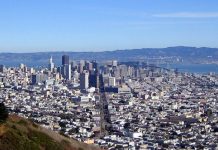