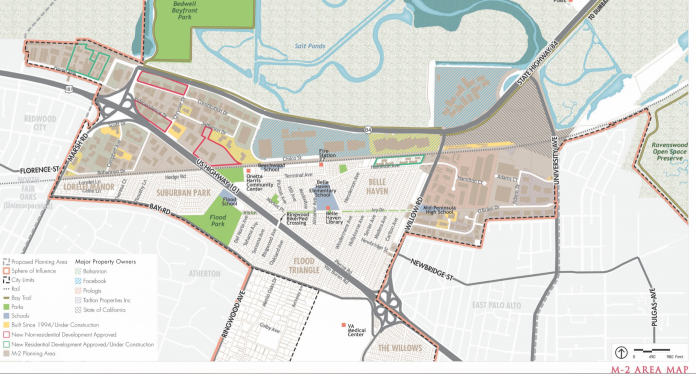 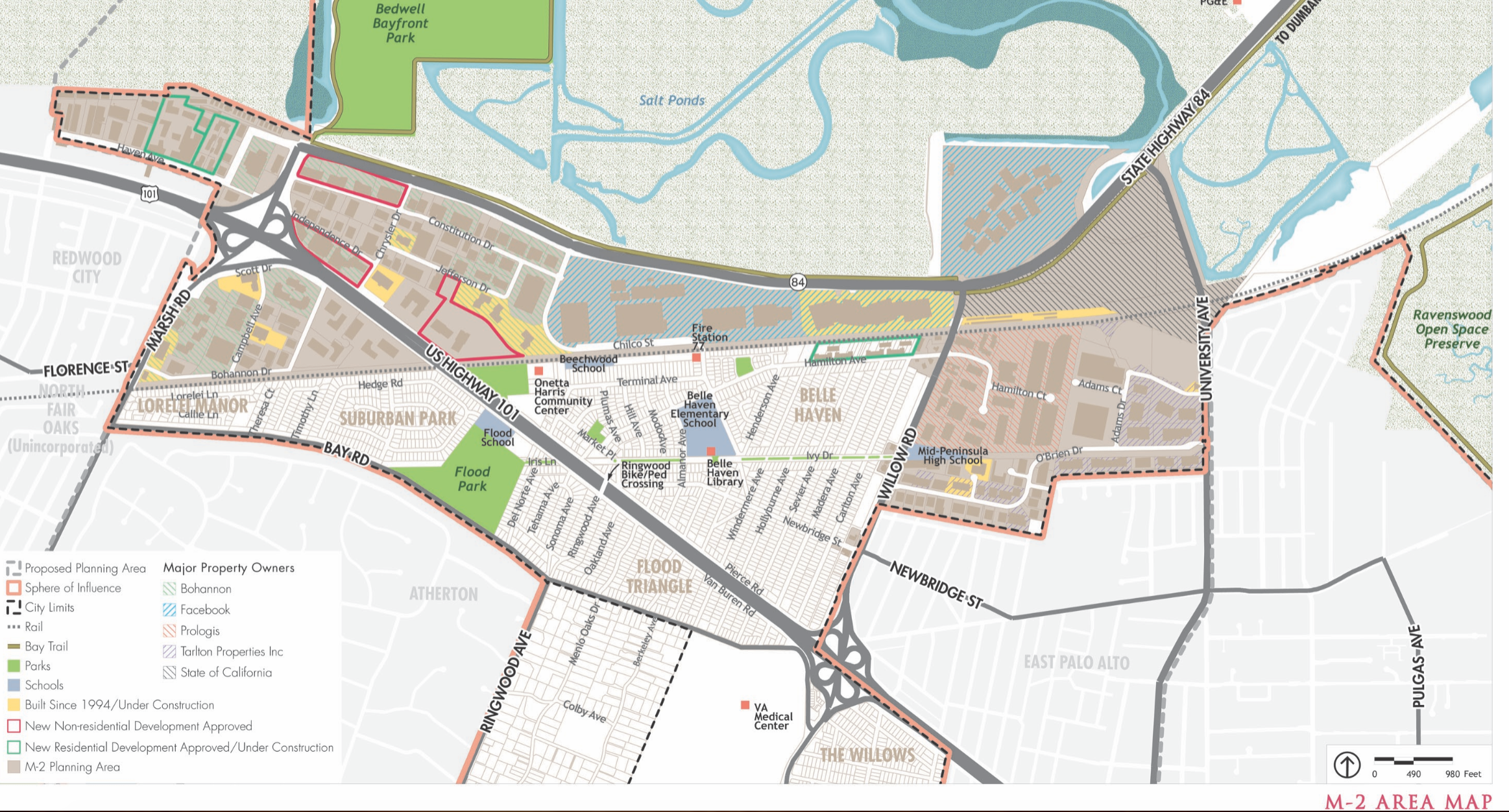 A public Planning Commission meeting was held on October 19 to consider central aspects of the Connect Menlo project and hear public comments. The planning process for Connect Menlo began in 2014 and seeks an extensive refresh in the development visioning for a “live-work-play environment” in the M-2 industrial area between the Bedwell Bayfront Park and Highway 101. An Environmental Impact Report and Fiscal Impact report have been completed and the project received recommendation from Planning staff in support of the Planning Commission’s approval of Connect Menlo’s many components. A follow-up meeting will be held for a recommendation on the project by the Commission.

[contextly_sidebar id=”PG1qsx7Mb6d6GvoCggE1kiUMihGgQH63″]“Throughout the past year there have been a number of meetings to gather input on Connect Menlo” said Deanna Chow, principal planner. “The meeting on October 19 and potentially one on October 24 will be for the Planning Commission to make a recommendation on the land use element, circulation element, zoning ordinance amendments, rezoning and environmental review associated with the General Plan and M-2 Area Zoning Update. The City Council is the final decision making body for the project. Council is tentatively expected to start the review on November 15.”

Over 60 meetings have been held to educate community members about Connect Menlo and to gather public feedback regarding plan features. The development parameters include 2.3 million square feet of non-residential space, 4,500 residential units and 400 hotel rooms within the M-2 Area. This potential buildout, coupled with remaining General Plan development options, could allow for up to 4.1 million square feet of non-residential space and up to 5,500 housing units in the greater vicinity. This proposed development framework is geared towards economic expansion, sustainability, and enhanced mobility and connectivity.

Charlie Knox, project consultant team member and principal at PlaceWorks Inc. explained that CEQA requires alternatives to the proposed project be considered in terms of environmental impacts. What the team found is that the alternative with the highest adverse impacts would be to terminate Connect Menlo. This is due to the fact that the current General Plan allows for two million more square feet of development in the city without the mitigation measures, transportation demand management, trip reduction and sustainable building requirements that are outlined in the proposed project.

One notable project update is the addition of new categories to the list of General Plan land use designations. The new Office, Life Sciences and Mixed-Use Residential districts would all fall within the M-2 Area and are designed to support the development parameters of Connect Menlo.

“The key features of the new zoning districts include transportation demand management, green building regulations and design standards, which is very unusual and very forward thinking on the City’s part,” said Knox. “Instead of having design guidelines that are a lot of interpretation at the City staff level, we have standards that are measurable and announced to property owners and designers — what the City’s desired look is for buildings and sites.”

If the project is recommended by the Planning Commission, a City Council meeting will be held for a final decision on Connect Menlo, followed by a second meeting to approve the related ordinances, which would then take effect in 30 days.

“It’s a long range plan so there are no specific developments associated with it,” offered Chow. “We’ve had property owners engaged in the process but no applications have been submitted yet.” 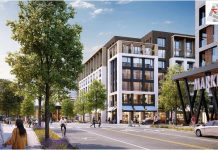