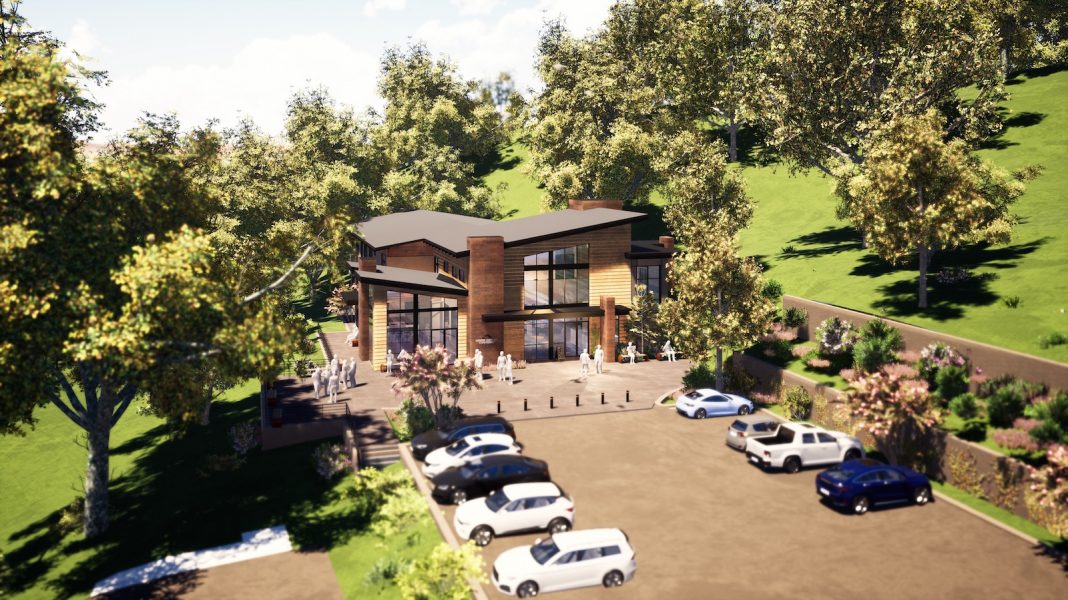 In 2018, there were an anticipated 1.735 million new cases of cancer according to the National Cancer Institute of America’s most recent data. Facing the disease is a heavy burden, but the good news is more and more people are surviving cancer each year thanks to innovative new treatments. According to some projections, the number of cancer survivors is expected to increase to more than 20 million by 2026. Learning to battle cancer — and live with the indelible mark it leaves on the patient, family and friends — is the prime mission of the Cancer Support Community San Francisco Bay Area (CSC). Founded in 1990 as the Wellness Community San Francisco East Bay, the center serves around 2,300 people annually and is steadily growing. As cancer diagnoses rise and survival rates improve, CSC hopes to help more people, and over the past five years, it has embarked on an effort to find a new home to better accommodate the needs of its community. The new center will serve as the fulcrum for CSC’s mission to provide top-of-the-line holistic cancer treatment by providing those who use its services with everything from nutrition and yoga classes to counseling or simply, a home away from home.

“We provide a wide variety of services for those facing cancer — that includes patients, caregivers, family — and those services cover everything from counseling to education and nutrition and movement,” explained Peter Dudley, chief development officer of CSC. “We always provide those services free of charge and provide them without limit. We knew we could see the arc of our growth was continuing and was going to continue for as far as we could see ahead, and we really recognized that back in 2012.”

Currently, CSC occupies about 7,000 square feet in Walnut Creek, spread across two buildings. But when the organization began looking for a new location, the hope was to find a site that was still easily accessible, as well as in closer proximity to open, undeveloped space. Ultimately, CSC set its sights on a 5.8-acre property off of Mount Diablo Boulevard in Lafayette, right next to the reservoir. The property was within not just close proximity to the highway and public transportation but also to the majority of CSC’s clientele, most of whom drive less than a half-hour for treatment, according to Dudley. The property was for sale for $5 million, but the property owner, Ray Leal, agreed to sell for $3 million.

“We realized on the ingredient that was essential: the healing power of nature itself,” said Dudley. “There is ample data that shows physical, as well as emotional and spiritual health, are greatly improved from nature. We wanted to be here to say; we didn’t want to do this a second time. We wanted to put down roots so we can serve this community for as long as we could envision.”

CSC and Leal went into contract for the land in January 2015, with CSC asking for a prolonged period of due diligence to make sure that the local community and city officials were on board. Before even submitting their application, CSC had been to the Lafayette Planning Commission twice, and the planning commission three times, in addition to talking to the CSC staff, clients and the greater Lafayette community. While working hard to solidify its plans for the purchase of the site and its plans for redevelopment, the organization received an unexpected gift that would help define the organization for decades to come: as Leal learned of CSC’s plans for his land, he tore up the contract and offered the property as a donation, allowing CSC to take the funds it had allotted for the land and place it back into the new center. The opportunity is once-in-a-lifetime stated Dudley, and one that CSC is immensely thankful it received.

Four and a half years later, CSC has formally submitted its plans for its new center, which will be the largest, state-of-the-art campus for holistic health in North America, according to Dudley. The center will total 12,000 square feet and feature new counseling rooms, a movement studio, expressive art facilities, indoor and outdoor children’s learning areas and social spaces tucked in between formally programmed parts. Outside will be a yoga studio, walking trails and a garden in which CSC will grow fruits and vegetables. The hope is to make the space as flexible as possible in order to offer a variety of services not just now but also in the future, to accommodate CSC’s community and their needs.

“The space is going to be designed to have a home-like, sanctuary kind of atmosphere. The design program includes some of these functional spaces, but a good part is unprogrammed, so that it facilitates social interaction in various sized groups,” explained Dudley. “All of these facilities are designed to articulate with the natural landscape, which is studded with oak trees, and the facility will open up to the outside in a way that is as seamless as we can make it.”

The interior of the center will have an abundance of natural light, cathedral ceilings and a mountain-home motif, a stark difference from other medical facilities that are often perceived as more sterile. Construction of the facility will take between 12 to 15 months once planning approvals are secured, and it is anticipated to run about $12 million. CSC has just begun its capital campaign raise for the project and has garnered between $5 and $6 million in initial pledges; the organization also hopes to leverage the equity in its current buildings to help pay for the new center. When construction on the new buildings is complete, CSC plans to sell its current property in Walnut Creek.

“We are designing everything in as versatile a way as possible,” said Dudley. “This is our legacy gift to future generations; we know the face of cancer is going to change a lot in the next 30 years. The whole campus is going to be designed to meet the needs of those that we cannot even conceptualize today.”