WASHINGTON – The Residential Mortgage-Backed Securities (RMBS) Working Group announced new resources today in the ongoing effort to investigate misconduct, including the launch of a RMBS website to report fraud and the creation of a coordination team to facilitate the various investigations underway around the country.

The RMBS Working Group is a collaborative effort led by five co-chairs including Assistant Attorney General for the Criminal Division Lanny Breuer, Acting Assistant Attorney General for the Civil Division Stuart Delery, U.S. Attorney for the District of Colorado John Walsh, Director of Enforcement for the U.S. Securities and Exchange Commission (SEC) Robert Khuzami, and New York State Attorney General Eric Schneiderman. The working group and its members are focused on investigating potential false or misleading statements, deception or other misconduct by market participants in the creation, packaging and sale of mortgage-backed securities. While the working group and its members’ specific efforts are law enforcement sensitive and, therefore, must remain confidential, generally the working group continues to: identify specific RMBS offerings for priority investigation through the use of various forensic tools including risk-based analytics; analyze pending private RMBS litigation throughout the country for important evidentiary connections to existing law enforcement investigations; and convene operational meetings among investigators, attorneys, analysts and RMBS market experts and insiders.

“The RMBS website is a new call to those insiders who know about fraud that occurred in the RMBS market, who know it’s time to expose that fraud, and who want to help us hold accountable those individuals and institutions who broke the law in pursuit of even bigger paydays,” said Acting Associate Attorney General Tony West. “Although the working group and its members have done a tremendous amount of investigative work already – including having issued more than 25 civil subpoenas – we know that hearing from insiders is particularly valuable. There are scores of people who worked in the RMBS market who acted responsibly but who also may have witnessed greed and misconduct that crossed the legal line and created havoc for investors, homeowners and our economy. We want to hear from them.”

Acting Associate Attorney General West also noted that whistleblowers enjoy legal rights that protect their ability to speak out without the fear of retaliation. “When whistleblowers summon the courage to come to us, we will do everything we can to maintain their confidence and trust,” he said.

“The working group’s approach to RMBS investigations is systematic and smart – cross-agency teams comprised of experienced prosecutors and investigators utilizing market experts and risk-based criteria to triage transactions for review, and bringing to bear the entire palette range of state and federal legal theories and remedies,” said RMBS Working Group Co-Chair Robert Khuzami, Director of the SEC’s Division of Enforcement. “The numbers reveal the working group effort and commitment; the SEC alone brings to the effort more than 40 SEC staff from eight SEC offices trained in securitized products. The SEC teams bring substantial ongoing investigatory work to the effort as well. Since 2010, the SEC has issued over 300 subpoenas or document requests resulting in more than 30 million pages of documents with interviews or sworn testimony taken from over 180 witnesses, all focused on whether firms failed to disclose important information when selling RMBS securities.”

A broad coalition of state and federal officials have dedicated lawyers, investigators, analysts and staff – currently over 100 strong – actively engaged in RMBS investigatory work at the Department of Justice, the U.S. Attorneys’ Offices, the SEC, the New York State Attorney General’s Office, U.S. Department of Housing and Urban Development, U.S. Department of Housing and Urban Development’s Office of Inspector General, FBI, and Federal Housing Finance Agency’s Office of Inspector General, as a result of these focused efforts. Investigating and bringing complex white collar civil and criminal cases can be a time-consuming and challenging process, but the resources, enthusiasm and organization brought by the members of the RMBS Working Group have already resulted in substantial strides toward that goal.

“Over the last 100 days United States Attorneys across the country have responded enthusiastically to the call to address this important enforcement initiative,” said RMBS Working Group Co-Chair John Walsh, U.S. Attorney for the District of Colorado. “Dozens of Assistant U.S. Attorneys and other staff are actively engaged and we expect that the energy and resources for this effort will continue to grow.”

The working group will hold a two-day meeting at the Washington, D.C., headquarters of the SEC from May 31 to June 1, 2012. The group is expecting more than 180 attorneys, agents, investigators and analysts from working group member agencies and offices around the country to attend the event, both in person as well as by video at several SEC regional offices. This will be the third time the full working group has met, though the co-chairs and Executive Director of the Task Force have held formal weekly conference calls and have had more informal discussions on an almost-daily basis. The two-day event will be an opportunity for prosecutors, civil attorneys, regulators, state attorneys general, law enforcement agencies and true experts in the field to discuss and learn from ongoing investigations, identify new potential targets and successful legal theories, and coordinate strategies.

About the RMBS Working Group: 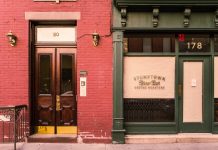 Should You Just Say No (to Cannabis)?

The Registry - February 1, 2023 0
By Vladimir Bosanac San Francisco-based Gerson Bakar & Associates continued this week with a disposition of another one of its prized assets. The company has...