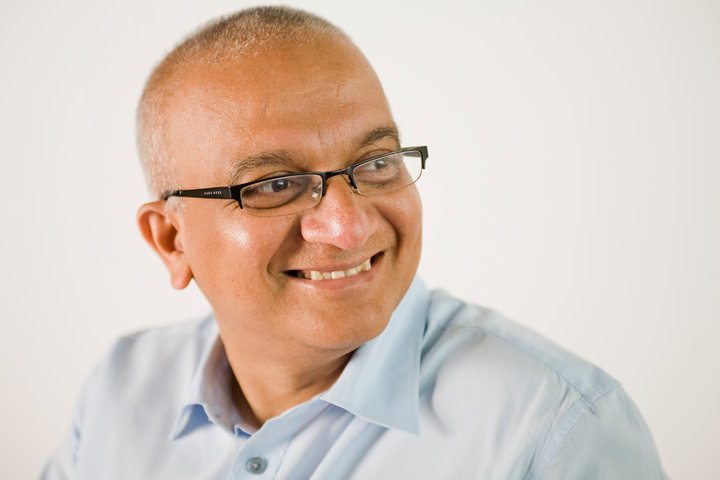 World citizen Uday Dandavate is one chief executive whose company won’t occupy a campus and who would never advise anyone else to build one.

SonicRim, his company, helps companies see how workers and customers experience their culture and products. “Whenever our customers want to add something new for their customers or make a workplace experience innovation, they come to us to understand the experience of the target audience, so they can improve the idea,” he said.

The bulk of its projects are global: American companies exploring new markets or expanding in existing ones, Dandavate said. “Samsung came to us eight or nine years ago, and said, ‘we want to be a global company, and we want to provide products for the kitchen.’ It’s very cultural, and they wanted us to tell them how to design kitchens around the world.”

Founded in 1999, the company celebrated 14 years in business on April 1. It has just more than a dozen employees in its two offices—San Francisco and Columbus—with expertise across the spectrum from marketing to design. Dandavate believes the recession that began in 2008 has altered the American psyche though he’s not sure the change is permanent. “It forced people to be happy with less,” he said. “People discovered that you don’t need to ride the corporate monster to be happy. People are scaling back their time at work, moving from the profit to the not-for-profit sector. People are doing things in their lives individually but creating a mass movement.”

For him, a corporate campus is akin to a fancy prison.

Dandavate appeared as a panelist at the March chapter meeting of CoreNet for a program entitled, “Inspiring Innovation in the Workplace, or How to Get Out of the Way of Our Talent.” He also spoke independently to The Registry.

Do you believe the companies now building these large corporate campuses in Silicon Valley are going to achieve what they hope to achieve with them?

Large working complexes will be pyramids for dead people. I’m not making a judgment. I am just observing. They are fading symbols of an era that is soon going to be a bygone era. The ideal environment is where people don’t have to go to a workplace. The workplace is distributed in the community.

As long as we think of work from an employer’s perspective, it won’t succeed. You can’t say, ‘how do you make slaves happy?’ We need to treat workers as real people and include them in the process [of creating their workplace]. Why do people want to come together? It’s not to work or play but to do something constructive. Happiness doesn’t mean turning people into clowns. Happiness is tied to having an optimal state where one is overextending your capabilities. It’s not tied to working or playing but to someone who is extending their boundaries and getting feedback. Make happier people, not happier slaves.

So how will companies organize their workplace going forward then?

Companies won’t be building offices; they will be building communities and nice places to work in those communities. It’s a fallacy that people want to stay at home to work. In a given moment they want to work where they would be most productive, or relaxed, in the kind of mindset they need to be in. We need to get away from constructing buildings that have flexibility to creating work environments that can evolve.

There needs to be a complex assessment of different moments at work. Recently we finished a global study on auto interiors for Johnson Controls. When you sit inside your car there are different moments that have different states of mind, going to work or coming home. Sometimes people want to feel their car is their home. At times people want the car to feel like a workplace. Take the same concept and apply it to architecture and work places. For any productive activity, not just working but cooking, reading, writing a letter, there is always a most conducive environment.