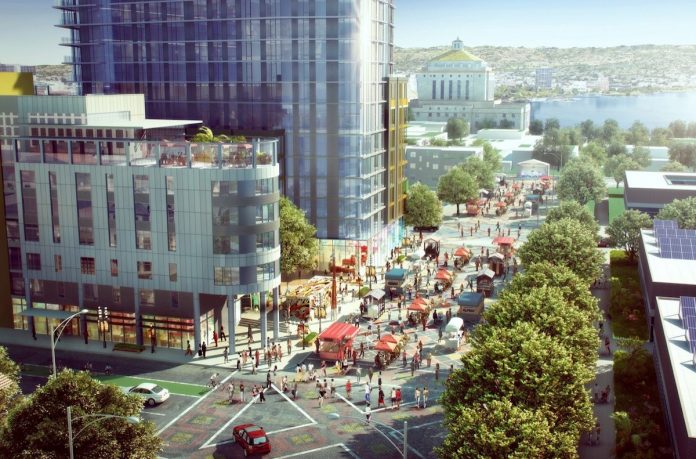 The BART Board of Directors formally voted to select San Francisco-based Strada Investment Group and Oakland non-profit housing developer East Bay Asian Local Development Corp. to redevelop a 1.4-acre parcel next to the Lake Merritt Bart Station in Oakland. The Strada/EBALDC proposal — which will develop 519 residential units and 517,000 square feet of commercial space — was selected from a group of eight other bids that included Lane Partners and McGrath Properties Inc.

The selection process was not BART’s first for the site; the transportation agency originally selected TRG Pacific Development in 2012 after issuing a similar request for proposals, but the developer later dropped out.

“It was a long, drawn-out process,” said BART Board of Directors President, Robert Raburn. “The shovel’s not in the ground yet, and we have a lot of work to do with the community, but we have an exclusive negotiating agreement.”

The Strada and EBALDC venture offered the highest number of affordable units, according to Raburn. Of the 519 residences, 44 percent would be made affordable. 20 percent of the commercial office space built by the project will be rented below-market rate to help keep non-profits and small local businesses in the area.

“In the Bay Area in general there is such a supply and demand imbalance,” said William Goodman, a vice president with Strada and a project lead on the Lake Merritt development team. “We wanted to create housing opportunities at all levels of the income ladder.”

“I also think it was really important to us and EBALDC to find places within our project for those neighborhood-oriented businesses to keep their place, and to make sure they don’t get priced out of the neighborhood over time,” Goodman added. 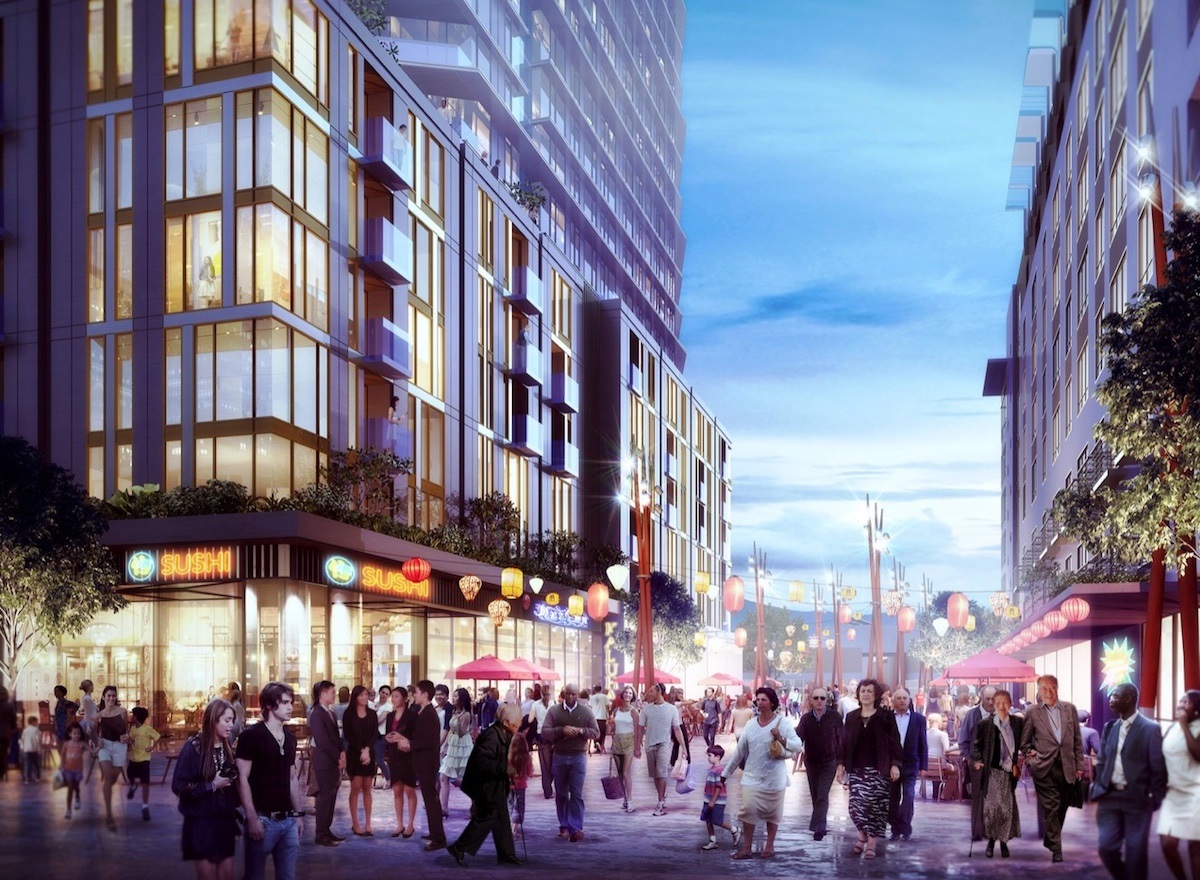 The commitment is a significant one for the Strada and EBALDC team in an industry where developers carefully watch their bottom line. EBALDC and Strada are working closely with BART and the City of Oakland to fund the project. The team has broken the project into several components, each with its own financing strategy, in order to leverage the value of each part of the project and deliver on the high number of affordable units promised.

Strada will be overseeing the market-rate portion of the project and will construct high-rise apartments with a fair amount of density and ten percent workforce housing to maximize the value of the property to help fund the project. EBALDC will be in charge of the two affordable housing buildings. According to Ener Chiu, EBALDC’s associate director of real estate development, estimates that the first building will contain around 95 units for senior residents. The second building, which would contain around 98 units, would be geared toward families. EBALDC is looking to utilize a mix of public and private sources, including low-income and new market tax credits, to finance the buildings.

“It’s difficult to pay for affordable units,” said Raburn. “It’s going to take a strong partnership between all parties to garner support.” Raburn added that BART will “go to bat” for state Cap and Trade Funds and look into utilizing Measure A-1, an Alameda County Housing Bond.

According to Chiu, it’s too early to tell what the total cost of the project will be.

Despite the challenges, however, the team is committed to seeing the project through and hopes that the development will revitalize Oakland Chinatown. The Lake Merritt BART Station is embedded in the neighborhood; the transportation hub was built on three blocks of residential Chinatown after the site was taken by eminent domain.

For EBALDC, which has been involved in community outreach in the area regarding the City’s efforts to create the Lake Merritt Station Area Plan since 2008 and was founded in the neighborhood 43 years ago, the project is an opportunity to make a difference close to home.

“We don’t need a rebranding of the area,” said Chiu of Oakland Chinatown and the team’s approach to the project. “I think a lot of developers will look at a place and imagine it as a blank slate, and that’s the point we didn’t want to start from. We wanted to start from the point of view that this was an amazing, culturally rich neighborhood.”

The Lake Merritt BART Station is located near core commercial Chinatown, the Oakland Museum and Laney College. According to both Chiu and Goodman, the team plans to focus on creating a strong street level and public realm experience to breathe life into the area and attract new residents and businesses.

“We focused a lot on the public space improvements,” said Goodman. “To be a strong residential and office building, you really do have to create a sense of place and make it a vibrant public environment, that when people get off of BART, there are real anchors and attractions there.”

With a two-year exclusive negotiating agreement in place, the team can move forward in producing more detailed designs and garnering additional community outreach. However, Chiu believes the agreement could be solidified sooner, potentially in a few months. The entitlement process will take longer, and the team anticipates that construction could begin in late 2020 or early 2021.

“We look at the rest of Oakland, and there is a lot of excitement and stimulus around the urban core,” said Raburn. “I think we can bring that to Chinatown.”