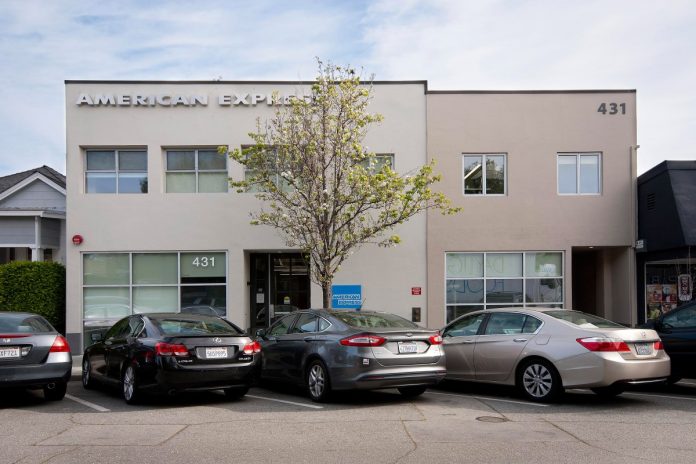 A parcel in Palo Alto that stretches across an entire city block just traded for $36 million. One portion of the parcel is a 15,599 square-foot commercial property located at 431 Waverley St., and the other portion of the parcel is occupied by a standalone commercial building located at 430 Kipling St., which is 3,826 square feet in size. Both buildings are occupied by American Express Ventures, according to Compstack, which has a 10-year lease on the property that started in 2014.

The seller of the parcel, according to public documents, is an entity associated with Palo Alto-based Windy Hill Property Ventures. The buyers are two LLCs associated with Menlo Park-based Tito Jacob Bianchi.

American Express Ventures is a venture capital arm of American Express, which invests in early-stage companies. The organization was founded in 2011, according to the company’s website, and it is managed by Matt Sueoka, Senior Vice President & Global Head, Amex Ventures. The company has invested in over 80 entities, such as Warby Parker, Stripe, Plaid and Better, and achieved 27 company exits.

The seller of the parcel, Windy Hill Property Ventures is an entity that seeks to acquire and reposition multifamily and commercial properties from San Francisco to the greater Silicon Valley providing amplified, risk-adjusted returns, according to the company’s website. It was founded in 2005 by Tod Spieker and Jamie D’Alessandro and expanded in 2013 with the arrival of Mike Field, who helped the company launch in the commercial space.

The subject property is located in the downtown core of Palo Alto, which is a niche office submarket comprised of buildings that resemble single-family homes that have been converted to office space. The neighborhood is also rich in restaurants and small retail operations that have spawned from the proximity of University Avenue, the main thoroughfare of Palo Alto.