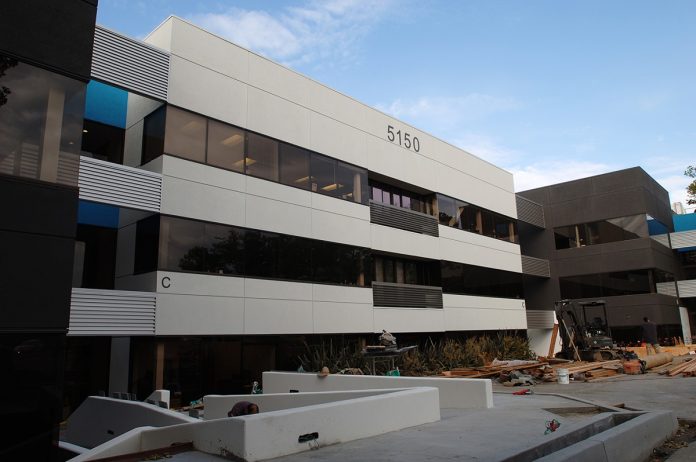 Los Altos-based Dutchints Development has acquired the 77,000 square foot 5150 El Camino Real office building in Los Altos for $48 million, or just over $623 per square foot, according to public records. The seller was Boston-based TA Associates Realty, which had purchased the property in February of 2014 for $25 million.

The property as it stands now is considered to be a low-rise Class B office asset, but the long-range redevelopment plans for the property could be to turn the location into a high-density residential development in the future, as stated by the new owner on its web site. Dutchints also stated that the building sits on 3.8 acres in the city of Los Altos, and it has placed senior debt, mezzanine financing and equity north of $52 million, according to the company’s web site.

The debt portion of the financing was provided by George Smith Partners, which helped arrange the high-leverage $41,000,000 bridge loan for the acquisition. “We were able to fulfill this requirement in the required 60-day period available on behalf of Vahe Tashjian of Dutchints Development, the buyer, for whom this acquisition is the largest to date in his portfolio,” said Malcolm Davies, principal and managing director at George Smith Partners in a statement.

“In this case, George Smith Partners was able to secure financing for 24 months at an 85 percent loan-to-purchase price, in order to assure accretive equity returns for our client,” added Kinne in the statement.

The new owners did not respond to a phone call seeking comment for this story.

The loan was written at an 85 percent loan-to-purchase price value. The debt has an interest rate of LIBOR plus 5.62 percent and is a non-recourse loan that is interest-only for 24 months.

According to the company’s web site, Dutchints has worked with over 120 private investors in the past and has recently raised in excess of $47 million in private equity to fund its projects. The company stated on the web site that it had returned a net profit of over 26 percent ROI to its investors in a 3.5 month time frame, with a caveat that it understands returns will vary from project to project.

The company’s focus is on the core of Silicon Valley with an eye toward expanding into neighboring cities. At any given time Dutchints has between 5-10 single-family projects under construction with another 5-10 in permitting stages.