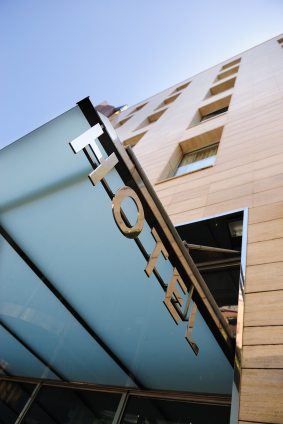 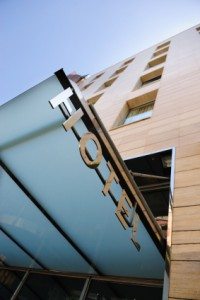 The purchase is RLJ’s first in the Bay Area. The company is a publicly traded real estate investment trust that owns 21,300 rooms in 144 hotels, primarily on U.S. coastlines and the country’s largest 30 metropolitan areas. The company favors focused-service and compact full-service hotels operating under the Marriott, Hilton and Hyatt brand names.

“The asset had a looming debt maturity, and we were able to leverage our relationship with the seller and our history of quickly closing to effectively buy this asset at a significant discount to replacement cost and at a price per key that is much lower than recent transactions in the market,” Leslie Hale, the company’s chief financial officer, said in an email.

The company has wanted to be in San Francisco for a number of years but hasn’t been able to buy without deviating from its own investment criteria, she said. They like the Emeryville hotel market because the city is proximate to the University of California, Berkeley and in the sphere of thousands of companies occupying the more than 113 million square feet of office space in the East Bay and Oakland markets.

“These demand generators have helped drive occupancy levels into the 80 percent level, and we expect that the hotel will continue to improve its occupancy and rate under our ownership,” she said.

Based on its projected 2013 net operating income, RLJ estimates a 9.4 percent capitalization rate, or yield, on the property.

“I think a big factor in the price was that the previous owner had bought the property at the top of the market and had made the decision that it wanted to trade the asset anyway,” said Tom Callahan, co-president and chief executive officer West for PKF Consulting in its San Francisco office.

The San Francisco hotel market is on pace to achieve at a minimum of 10 percent growth in revenue per available room, or RevPAR, for 2012, Callahan said.

The company will continue to scour San Francisco Bay Area streets for hotels to buy, Hale said. “Our strategy is not to target concentration in any one specific market, but rather to be opportunistic and look at each asset individually.”