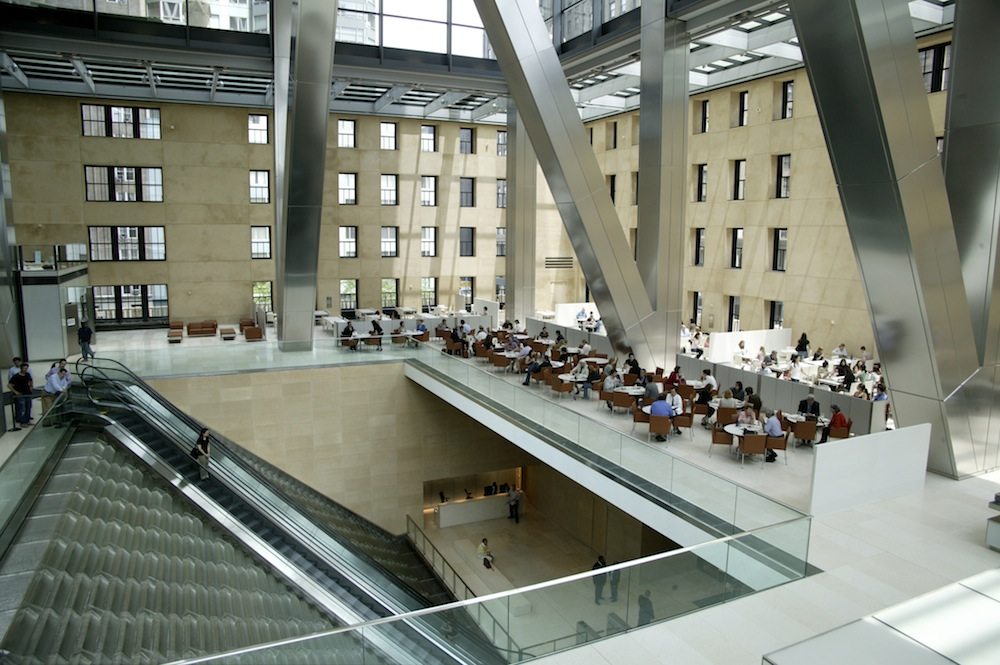 Facebook’s decision to build a Frank Gehry-designed addition to its new Menlo Park headquarters marks a milestone for the social-networking company. But architects across the Bay Area said in the week after the announcement that the significance for Silicon Valley dwarfs that for Facebook alone.

“It is huge,” said Mitchell Schwarzer, an author and expert on California and Bay Area urbanism and architecture who is a professor at the California College of the Arts in San Francisco.

It is no surprise that Apple Inc. with its design-centric products, scripted retail experience and success has led the way. But now other companies believe that they, too, “need a signature building,” he said. “As you see these happen, you will see more and more of them.”

In a Facebook post illustrated with a photo of the gray-haired Gehry and the t-shirt clad Facebook founder Mark Zuckerberg, Katigbak described the addition: a vast hall that respects the company’s “engineering culture,” where workers can assemble and reassemble around desks, seating areas and kitchenettes.

Outside, Katigbak described a dense planting of trees, including a rooftop tree garden, and a building that complements the flat, windswept, sand- and salt-strewn bay marshes with their sloughs, thick grasses and seabirds.

While the products coming out of Silicon Valley’s high-tech Eden clearly have inspired many, the buildings where most workers have gone to create them have been largely anything but inspirational. Based on membership data from the Institute of Electrical and Electronics Engineers, more than 27,000 engineers live in California—a rich talent pool—and more than 30 percent of California’s engineers live in Santa Clara County—about 8,500 people, according to Sedway Consulting.

That engineering ethos has seemed to exert a gravitational pull to utilitarian buildings, much like the sheet metal wrappings that surrounded early electronics products, the architects said. Property owners also have been pragmatic: Buildings must house today’s tech startup just as well as tomorrow’s with the shift of a few walls and several gallons of white paint.

With Gehry and Foster, the region announces itself in a new way.

“People internationally will talk about the buildings. They will be covered and commented on by the global architectural media and the popular press. Because the architects are so well known, the projects will probably be noticed in a way that they otherwise wouldn’t,” said C. Greig Crysler, an associate professor of architecture at the University of California, Berkeley.

Both Gehry and Foster have designed buildings that have remade the image of entire communities. Gehry’s design for the Guggenheim Museum in Bilbao has become an “urban symbol” for that Spanish city, helping to transform it into a “major tourist destination,” he said. “Foster has done things like airports and corporate headquarters that are simple and legible, and they have become strongly identified with their locations.”

Neither Gehry nor Foster has left a big footprint on the Bay Area before now, Schwarzer said. Foster + Partners designed two Stanford University buildings, the Center for Clinical Sciences Research in the late 1990s and the James H. Clark Center in the early 2000s. In the mid-1970s, Gehry designed an outdoor amphitheater in Concord.