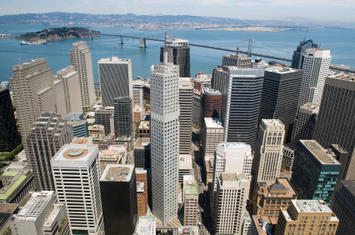 The quirky neighborhoods south of Market Street have coalesced to become the hottest office submarket in San Francisco, threatening to cast the North Financial District into the role of accomplished but doddering elder. 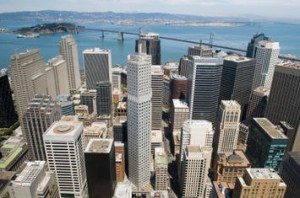 Technology companies that need creative, collaborative space to woo talent have conferred the new status upon SoMa, which delivers the solution with its preponderance of converted brick-and-timber warehouses with windows that open. As a result, businesses and developers are increasingly focused on the area, generally bounded by U.S. 101, Mission Creek and San Francisco Bay.

Among other companies, RealPage, Yahoo! and Zoosk have moved from the North Financial District to SoMa over the past several months, increasing their footprint, according to CompStak, a New York-based startup that’s creating a marketplace for lease comparables. Tenants with sizable SoMa footprints include Square at 1455 Market St., Twitter at 1355 Market St. and PAC-12 Media Ventures at 370 Third St.

The effect of this demand has resulted in reduced concession packages that landlords are willing to offer. CompStak in its Effective Rent Report for the third quarter in San Francisco estimates that this figure has fallen by 50 basis points comparing Q3 of 2012 and Q3 of this year, from 6.2 percent of the deal value to 5.7 percent. Further, the report notes that the spread between asking and taking rents for the central business district has widened for the second consecutive quarter, while it has taken a different direction in sub-markets outside of it, like SoMa.

Some 3.5 million square feet of office space is under construction or renovation in SoMa, predominantly in the South Financial District northeast of 3rd and Harrison streets, according to Cushman & Wakefield. Of the 14 proposed new office developments, nine are slated for SoMa; only two have been proposed in the North Financial District.

“Developers for the most part have targeted SoMa because that’s where they see all the growth,” said Caroline Rooney, managing director of capital markets and Northern California research for Cushman & Wakefield.

“The San Francisco office market has flipped from its historical equilibrium,” he said. “SoMa is where all the tech companies want to be, and it’s extremely tight. It’s where all the new development is occurring, and rents are rising for the right reasons, though perhaps too quickly for the market’s own good.”

Barker is quick to point out that tech firms have yet to occupy roughly 3.5 million square feet that they’ve leased, most of which is in SoMa. Some of it, like Salesforce.com’s future home at 350 Mission St., is under construction. The rest exists but remains empty, reserved for future growth at today’s rents, he added.

Still, the emphasis on SoMa’s growth underscores a trend that has been underway for some time. Earlier this year San Francisco’s planning director noted that the North Financial District had 25 percent fewer jobs than it did 30 years ago. City planners anticipate continued accelerated job growth in SoMa neighborhoods as transportation projects like the Central Subway extension and Transbay Transit Center take root.

Many of the buildings under construction in SoMa also will feature more creative and collaborative open space, a concept toward which even non-tech office users are gravitating, Rooney said. In the South Financial District, Fortress Investment Group built out the 42nd floor at One Market into more collaborative space a couple of years ago, for example, and more recently, American Eagle Outfitters did the same on the 8th floor of 49 Stevenson.