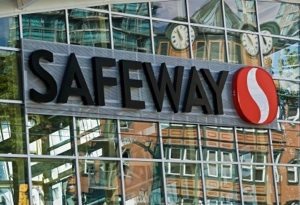 Operating through Property Development Centers, a wholly owned subsidiary established quietly in 2008, Safeway now has 32 grocery-anchored shopping centers under development or recently completed nationwide, including at least 11 in California and four in the Bay Area.

Safeway expects to invest more than $1 billion into the venture from 2010 to 2016 and to gain a return of about 9 percent, its chairman, chief executive officer and president, Steven Burd, told analysts participating in a March 6 guidance call.

The strategy is to focus on centers where the company believes its stores can produce sales that are 25 percent greater than the Safeway average, with the assumption that surrounding tenants would also outperform their peers. The grocer plans to keep its own stores, but sell the rest of the property, doing both development and redevelopment. It has had no trouble attracting tenants to fill the shop space, Burd said.

“Essentially, what we were doing is we were allowing developers to get all of that upside, and we decided to take that upside for ourselves,” he said, according to a transcript of the call posted on SeekingAlpha.com.

In 2012, the company expects gains of $30 million to $31 million from the sale of properties it has developed or redeveloped and tenanted, he said. The gains are expected to increase every year from 2013 through 2016, he said.

The real estate arm benefits from being able to gain access to cheaper capital as a result of being affiliated with Safeway, Burd said. Safeway has a market capitalization of $5.4 billion and net income of $516.7 million in 2011. The company had 1,678 stores at the end of last year, 42 percent of them company owned. In total, Safeway reported it occupied not quite 80 million square feet at the end of 2011.

PDC was established in the depths of the financial crisis to allow the grocer to continue to build stores, Don Wright, chief executive officer of Property Development Centers, wrote in an e-mail. “We felt we could capitalize on a down real estate market. That has proved true, as it has allowed us, through difficult market times, to essentially self develop.”

PDC describes itself as “a national shopping center development company specializing in grocery-anchored and open-air retail shopping centers.” Its activities stretch from Washington, D.C. to Hawaii and are concentrated in “core urban and suburban markets” where Safeway has an established and strong presence.

Meanwhile, the not-quite 304,000 square-foot Rockridge Shopping Center in Oakland is slated to start construction this summer with a more than 65,000 square-foot Safeway store that is to open a year later. The second phase is set to open in mid-2014. And, on Feb. 23, PDC announced that it had acquired Aptos’ Rancho Del Mar center, which has 131,500 square feet. Besides a Safeway, the center has a Rite Aid, movie theater and other shops and restaurants. The grocer intends to redevelop.

The company will consider projects as large as 30 acres, Wright said.

Luis Belmonte, a partner with San Francisco-based Seven Hills Properties and a long-time developer in the region and beyond, said Safeway was a rare merchant. “I don’t think you are going to find many other retailers that are going to set up a separate company like Safeway has done,” he said. “I think that Safeway is in a good position because more cities in the Bay Area are looking for ways to increase their tax base and building a new shopping center is one way.”