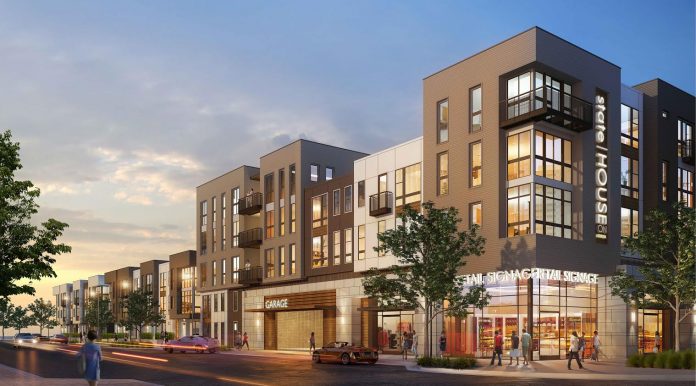 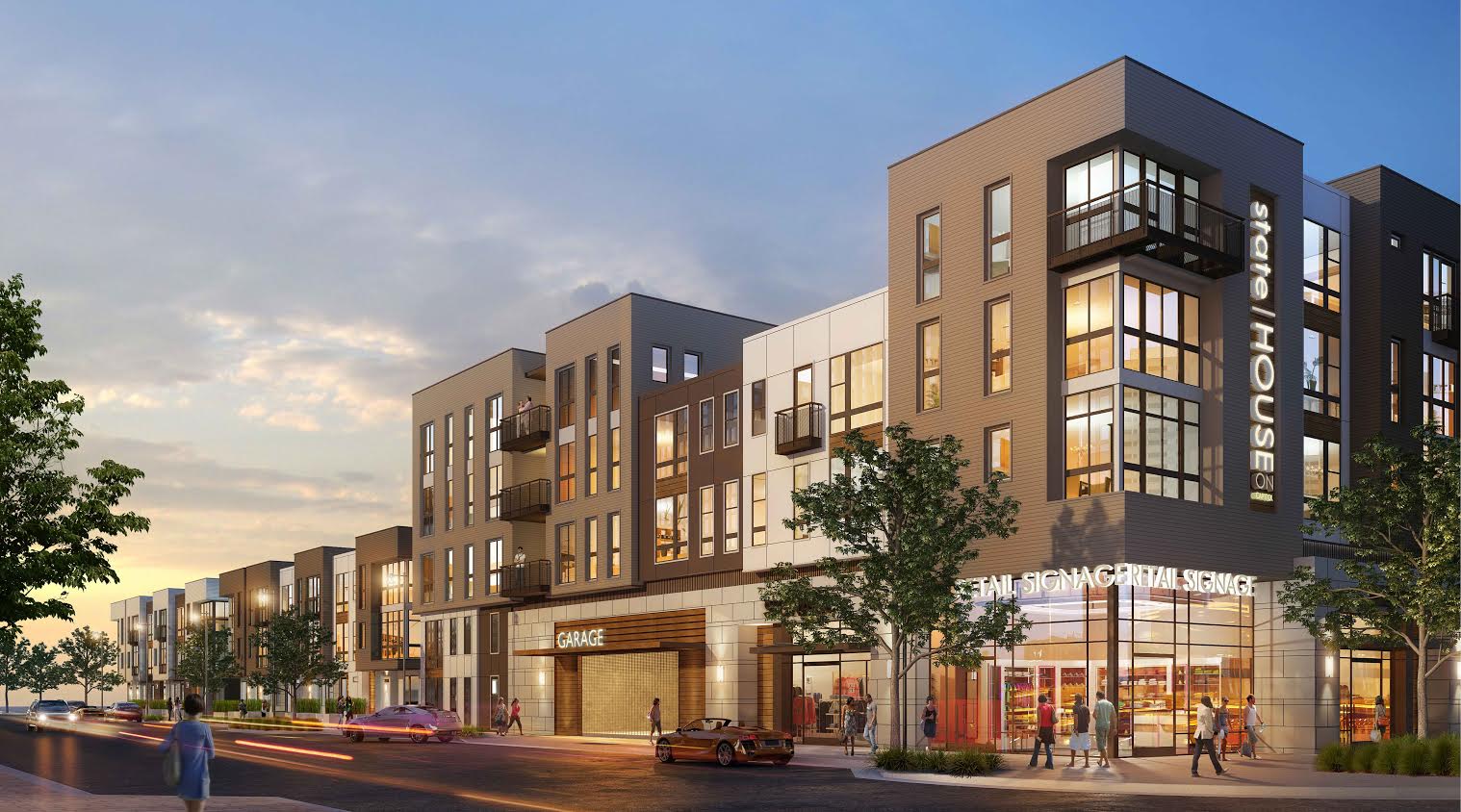 Downtown Fremont is gearing up for a new look as developers TMG Partners and Regis Homes Bay Area prepare to start work on a mixed-use project on Capitol Avenue.

[contextly_sidebar id=”Evt4E6XELyRVmvkSsQOQKINSfnMdnbs4″]The so-called State Street Mixed-Use development, approved by Fremont’s City Council in November, will add approximately 145 residential units and 22,000 square feet of retail space near the intersection of State Street and Capitol Avenue. It is part of the East Bay city’s Downtown Community Plan that aims to create a more urban, pedestrian-friendly downtown core for the city.

Downtown is now set up in a car-oriented suburban development pattern that the city seeks to change into a more lively transit-oriented neighborhood.

Part of that plan includes extending Capitol Avenue from its ending at State Street to connect it to Fremont Boulevard. The city has already started construction on the street extension, according to a city environmental compliance checklist for the project. Capitol Avenue is home to City Hall and other city service offices, Nguyen said, and city officials envision it as a new downtown “Main Street.”

“Capitol Avenue would serve as a front door to our downtown,” Nguyen said.

The developers plan a residential-and-retail project on an approximately 4.5-acre city-owned vacant lot—which the developers will purchase—at 39155 State St. The city is exploring buying some adjacent land, making space for 157 housing units, but that would be in a later phase of the process, Nguyen said.

TMG and Regis Homes Bay Area’s project calls for two four- and five-story buildings facing the extended portion of Capitol Avenue that will feature ground-floor retail space with condominiums on upper floors. Using a 157-unit scenario, Hudacek said the project would include 82 for-sale condominium flats above retail and 75 three-story attached rowhouses behind the mixed-use buildings. Rowhouses would measure up to 40 feet high, according to the environmental compliance checklist. Parking would be located in an underground garage and behind the commercial space. Rowhouses would have traditional tucked-under garage parking.

The developers expect to begin construction in roughly six months, Hudacek said. San Francisco-based TMG did not return requests for comment about the project.

Fremont’s 110-acre downtown is centrally located within the city and is bordered by Fremont Boulevard, Mowry Avenue, Paseo Padre Parkway and Walnut Avenue. The district now comprises large lots, and the city’s overall downtown plan calls for creating smaller blocks for a more urban feel. Blueprints for the updated downtown began as the city worked on revising its General Plan in 2011, followed by the adoption of the Downtown Community Plan in 2012. At full build-out, Fremont, which is the Bay Area’s fourth most-populous city, is aiming for a downtown with about 2.5 million square feet of commercial space and 2,500 residential units, Nguyen said.

Downtown Fremont has “great retail surrounding it” such as Whole Foods Market, coffee shops and restaurants, Hudacek said. The developers expect that bringing ground-floor retail to Capitol Avenue will be a step toward the city’s goal of creating a downtown center. The project will help indicate “This is downtown Fremont,” he said.

TMG and Regis Homes Bay Area’s project will be done in conjunction with the first phase of the city’s Civic Center development, slated to begin in 2016. Part of that project outlines consolidating five city services offices into one civic center, Nguyen said.

“We want to create a distinct memorable downtown. Our hope is this will become a vibrant area,” Nguyen said. “This is Fremont on the rise. We want to activate the streets, we want pedestrians, we want programs.”

“We’re trying to create that sense of place, where the community can gather, socialize and have fun,” he added. “All of those things that make up a downtown are what we’re trying to achieve here.”