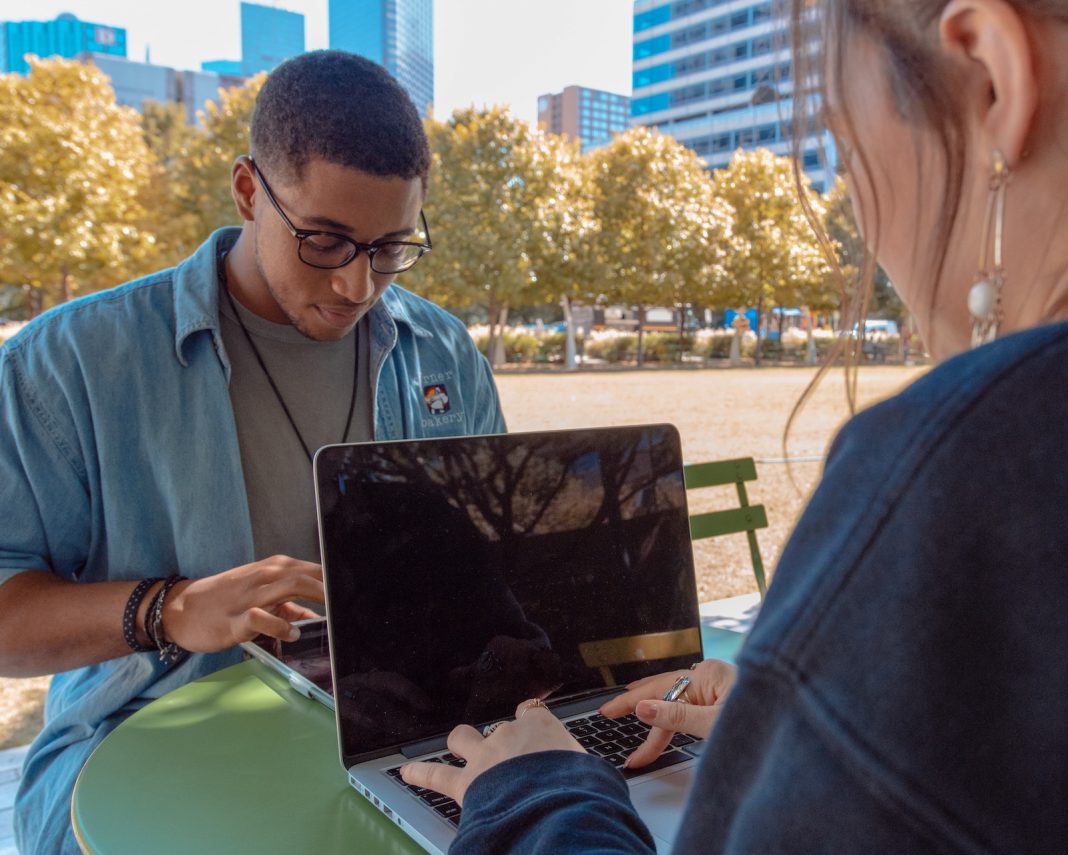 Generation Z will soon grow to be the largest generation, surpassing Millennials and accounting for approximately 32 percent of the world’s population. As this generation of consumers grows more diverse, they are also adopting more innovative ways of thinking that are framing their shopping patterns and spending behaviors. Retailers across the board will have to think more creatively in terms of in-store activation, community engagement and technological assimilation if they wish to thrive and to accommodate the digitally-savvy, eco-friendly and inclusive mindset that characterizes the Gen Z consumer at large.

“There’s not an option anymore to have a brick-and-mortar store and sell your clothes in the store and say they will come,” said Jamie Sabat, director of trends and consumer forecasting at Streetsense, a Maryland-based design and strategy firm that specializes in retail and real estate solutions. “How can we create a community? How can we connect to our customers’ ethos? How can we speak to that and the activations that they want? It’s really a time of creativity and collaboration.”

Gen Z, defined as those who were born between 1995 and 2010, accounts for nearly two billion individuals globally and is expected to become the largest group of consumers within the next decade. According to a new study called “Retail Innovation Watch: Gen Z” released by Streetsense in collaboration with Los Angeles-based CBRE, a commercial real estate services and investment firm, gone are the days of exclusive online shopping and dying brick-and-mortar. This new generation of consumers is equally as interested in shopping online as they are in visiting in-store retailers to connect with like-minded consumers while experiencing retail in more interactive ways and using social media to put those experiences first.

In the report, Gen Z is characterized by six different qualities, each of which are prompting some worldwide retailers to alter their physical stores to cater to this new brand of customer.

First, Gen Z is information-hungry. Growing up as the first generation with little or no memory of life before technology, information has been at the tap of a finger their entire lives. With so many options in-store and online, this type of consumer wants to know where their favorite brands are sourcing from, and if it lines up with their ethics and beliefs.

“Across the board, Gen Z won’t take no for an answer and wants to know everything,” Sabat said. “Retailers have to tell a story, and they have to tell it well, of where they’re sourcing it and where it’s coming from.”

In the report, Streetsense and CBRE highlight several retailers as prime examples of companies that are transparently telling their stories, including U.K.-based cosmetics retailer Lush and e-commerce giant Everlane, which opened its first store in New York City in 2017. Sabat also mentioned the natural beauty brand Follain.

But while most retailers have an active online presence as a response to the digital shopping boom, Sabat said sometimes retailers, such as grocery stores, just have to get innovative and increase store activation and programming to pull in the consumer.

“The grocery stores have so much information on [their customers], because if you think about it, everybody’s got to buy groceries,” she said. “So they have your spending patterns and history. They have activities like the kids’ corner in Whole Foods. They have demo kitchens where they’re talking about what ingredients you should use and how you should cook and what pairs well. The grocery stores are some of the biggest retailers that know the most information and are talking to the consumer on a daily basis.”

And, because Gen Z has grown up at the height of a tech renaissance, the Gen Z shopper, according to the report, is looking for a very different shopping experience. The consumer is no longer visiting the store without prior knowledge of the products that are carried, with a sales representative greeting her with a rehearsed pitch. This type of consumer knows what he or she wants and has already done the cost and brand comparisons. The traditional sales model no longer works, and retail stores have to create a space and an experience that goes beyond what the consumer already knows, such as benefits and rewards programs for in-store purchases, augmented or virtual reality experiences in-store, and more.

That doesn’t mean the brick-and-mortar retailer is dying out, however. It’s just going to be very different. “Gen Z is not going into the store to buy,” Sabat said. “They’re going in because they’re in a cohort. They’re going in to talk to people.”

Nike’s Nike Live members-only concept store, which was launched in L.A. in 2018, is an example of a retailer that has morphed the in-store experience to accommodate the Gen Z consumers. On the NikePlus app, they offer pre-ordered items that can be picked up in-store, and customers can also use the app to scan codes within the store itself to find out more information about different products. Its experiential engagement.

On a base level, Sabat said Gen Z shoppers are coming into the store to find other like-minded consumers. “You’re going in to talk to other sneakerheads and other fans to talk about the products,” she said. “It’s a totally different mindset. They’re not going in, picking something out [and] walking out.”

Another facet of this is the concept called BOPUS, or “buy online, pick up in-store.” Many retailers, like Walmart and Target, are giving consumers the opportunity to purchase items beforehand to secure their stock and then pick the item up in-store. The consumer saves on time and shipping, but the engagement with the shopper does not go away, Sabat said, since they are more likely to purchase another item while they’re picking up their orders.

This online/offline paradigm is hugely influential when it comes to Gen Z consumers. These shoppers may prefer to start the purchasing process online, however, studies have shown that it is still ending in a store. A report released by ICSC shows that 76 percent of Gen Z consumers reported having a better experience at the physical stores than online.

This focus on more immersive experiences has shifted the industry’s perspective on how to handle its real estate, as well as thinking about how real estate is utilized.

Diptyque, a luxury goods company known for its candles, stocks its stores with location-specific products that cannot be purchased in other boutiques. The New York City candle, which can only be purchased from its New York City stores, is just as much of an exclusive item as it is a “travel trophy,” states the report.

Glossier, beauty e-commerce megabrand, has decorated its New York City showroom with specific features that cater to the social media-minded generation. Glossier even goes as far as calling its sales associates “Offline Editors,” acknowledging the digitally-savvy audience to which it’s catering.

Gen Z’s “digital savvy-ness” also means that they follow one cardinal rule: social-first. This is the generation of Instagram. Retailers that want to stay on top of the business need to create activation in their stores that immerse consumers fully in the shopping experience. American Eagle’s AE Studio concept store in New York City and sustainable clothier business Reformation have sought to appeal to this social-first mindset. American Eagle has installed a wall of washing machines and dryers that students can use for free, as well as a study space. Reformation has touch screens for users to scroll through and dressing rooms with different light settings for the perfect “selfie.”

Sabat added that Saks Fifth Avenue in New York City has created rotating “shops” within the store, where consumers are prompted to purchase before the product is rotated out thus creating a scarcity factor — increased item price based on low supply — that is used as a marketing technique. Restoration Hardware, located in the Meatpacking District, serves bloody mary drinks for Sunday brunch and “then people buy $500 couches,” she said.

Additionally, Gen Z is a socially conscious, open-minded generation. Brands like the Phluid Project in their New York City concept store and even retailers like Target, Abercrombie and Fitch and Topshop are cultivating gender-neutral spaces with dressing rooms and even non-binary mannequins and sizing, according to the report. Sabat mentioned Saks Fifth Avenue, which has recently partnered with self-care brand Happy Not Perfect to raise awareness about mental health.

Finally, the Gen Z Shopper is something that many other generations are also striving to be: cost-conscious and sustainability-friendly. Gen Z grew up during The Great Recession, and their relationship to money is different. Discounts and price comparisons are especially important to the consumer. Retailers like ThredUp and Poshmark are a unique opportunity for consumers to not only shop but also sell products and receive a profit or a credit. Cost-friendly options aren’t just an online phenomenon, however. Macy’s, which has a sizeable amount of both commercial real estate and online presence, has recently partnered with ThredUp at select locations, producing a shop-within-a-shop, so to speak.

Even rental retailers like Rent The Runway, which has flagship stores in both San Francisco and New York City, are catering to the cost-conscious consumer mindset. According to the report, resell culture is expected to out-pace fast fashion by 2027, which will again alter the retailer’s offerings and the built environment. Retailers must balance primary and secondary markets to keep on the cutting edge.

Knowing the consumer, learning their shopping and spending behaviors, and learning how to blend in-store and online retail and turn it into an immersive experience for the shopper is the way retailers must go so that in-store retail isn’t a dying breed, Sabat said. She added that at the end of the day, there are four things that matter: creativity, community, technology and fun. Find the recipe, and the brick-and-mortar retailer will keep an edge in today’s ever-evolving retail market.