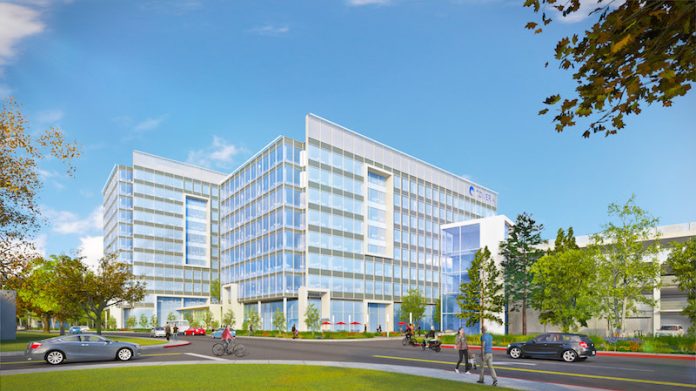 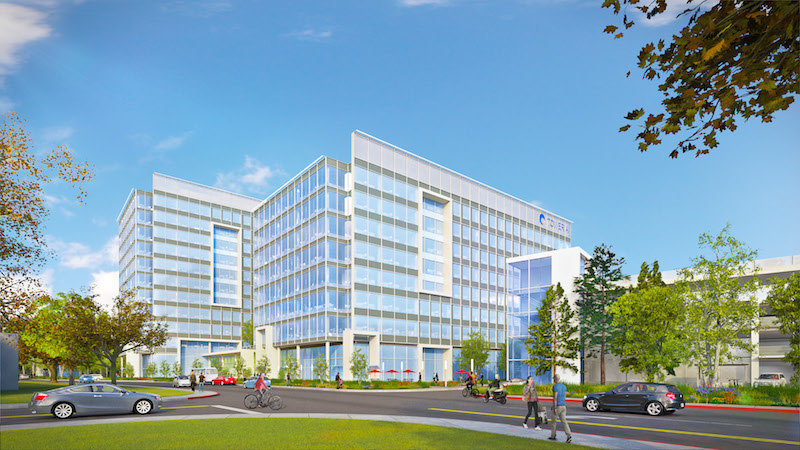 The purchase included two adjacent lots, which are fully entitled for a total of up to 800,000 square feet of building space. Sea Cliff Properties was the seller of a lot adjacent to Northwestern’s where an additional 200,000 square feet of development is permitted. The sites are in close proximity to Gilead’s main campus in Foster City—a 72-acre complex housed between Vintage Park Lane and Mariner’s Island Boulevard. Gilead was given permission in 2013 to build a campus that will have nearly 2.5 million square feet of lab and office space for an estimated 5,000 employees.

The sale takes an interesting turn for the developers, who were not planning to sell the development site initially, but also did not feel comfortable starting a project without a tenant either. “This project will not be started on a speculative basis,” said Jeff Birdwell, president of the commercial division of the Sares Regis Group of Northern California in March of this year.

Northwestern was ready to fund the entire development by itself, which was seen as a leasing advantage. “The fact that they are doing this project themselves and that they have owned this site for a very long time should allow them to offer rental rates at $.25 to $.30 cents below the competition,” added Jeff Holzman, senior vice president of the commercial division of Sares Regis Group of Northern California at that time.

This submarket of the Peninsula has seen activity picking up as of late. Approximately a month ago, SurveyMonkey had announced that it was relocating its headquarters from Palo Alto to San Mateo’s Bay Meadows, which is in the same Highway 92 corridor although several miles to the east. The online survey tech firm is taking 200,000 square feet at Bay Meadows Station at 3050 Delaware Street, known as Station 4, located at the northwest corner of Delaware Street and 31st Avenue in San Mateo. The under-construction Bay Meadows Station is slated to include five Class A office buildings totaling approximately 763,000 rentable square feet when fully built out, and it sits on a Caltrain line.

In January of this year BioMed Realty Trust announced that Illumina, a world leader in genomics, has signed a 15-year lease for a new 360,000 square foot, state-of-the-art, build-to-suit campus in Foster City, which will be located just blocks away from Gilead’s new purchase. BioMed Realty will be delivering the two Class A laboratory and office buildings in 2017.

The Foster City office market is still seeing an above average vacancy rate of 11.74 percent (7.93 percent is the average vacancy rate on the Peninsula), according to a September 2015 Colliers International Peninsula Office Report. The asking rates for the city are also above average at $4.40 ($4.33 is average). San Mateo county is seeing a steady decrease in unemployment, registering at 3.7 percent in July, according to the same report.