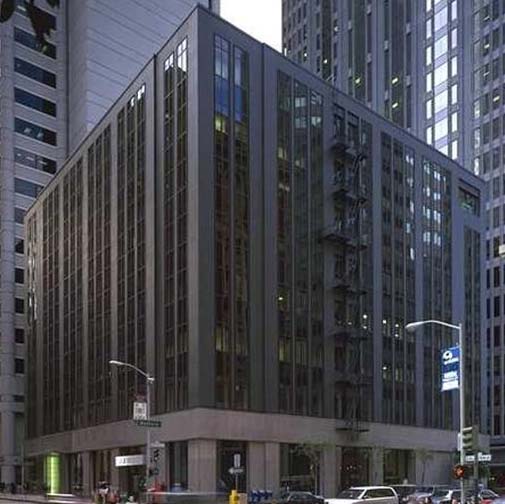 Munich, Germany-based GLL Real Estate Partners has been picked as the buyer of the 122,600 square foot 300 California Street office building in downtown San Francisco. The sale price on the property is projected to be in the neighborhood of $65 million or $530 per square foot, according to sources familiar with the transaction. 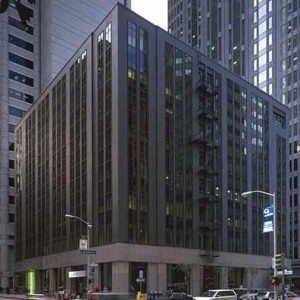 Representatives of GLL Real Estate declined comment when contacted for this story.

The property is being sold by Los Angeles-based Kennedy Wilson. This firm did not respond to phone calls seeking comment. CBRE was the listing agent on the sale. It declined comment.

The seller had owned the property since August of 2007. Kennedy Wilson at that time had paid $50.4 million or $411 per square foot, according to sources who are familiar with the property. This transaction puts the purchase of this building at very close to the peak of the buying frenzy before the economic downturn.

The location of the property is a reason why the price wasn’t higher. “I think that given that the property is located in the North Financial District and not South of Market, that would explain the pricing on this deal. There aren’t a lot of tech companies that are going into the North Financial District, and the rents in the region aren’t as high as those in SoMa,” says Anton Qiu, principal and executive managing director for Tri Commercial. He works out of the company’s office in San Francisco.

300 California Street is now 100 percent occupied. It has three major tenants. These are AECOM, an architect and engineering firm for 54,266 square feet, GAP for 45,938 square feet and Recurrent Energy for 30,762 square feet. The eight-story building was first built in 1948. A typical floor size is 15,000 square feet. The asset includes about 15,000 square feet of retail for a café and office retailer Staples. At one point it was the western headquarters for Sumitomo Bank.

The North Financial District did see a slight increase in vacancy for office buildings during the first quarter of this year. Occupancy went from 8.1 percent at the end of last year to 8.8 percent in the first quarter of 2014, according to data from the San Francisco office of Colliers International. The sub-market has 116 office properties in it totaling 28.4 million square feet.

GLL Real Estate manages more than 30 properties in the United States, according to its Web site. This represents 39 percent of its total global portfolio. The company has a regional office in San Francisco located at 199 Fremont Street.

The firm has an investment strategy that varies from buying core assets to development. The company’s portfolio is split up with 77 percent in office buildings, 17 percent in retail and 6 percent in logistics.