Almost a year after the City of Mountain View unanimously voted to implement its North Bayshore Precise Plan, Google formally submitted not just one—but two—sets of plans for the redevelopment of its portion of North Bayshore along with San Rafael, Calif.,-based SyWest, who also owns parcels along North Shoreline Boulevard. The plans focus on the two “Complete Neighborhoods”—Joaquin and Shorebird—designated in the City’s Precise Plan as areas to become two active neighborhood centers. A preliminary glimpse at the proposal indicates that Google intends to facilitate the construction of between 6,000 and 6,600 new residential units, 35-acres of publicly accessible open space and the requalification of 1.175 million square feet of previously allocated office space from Shoreline Commons to Shorebird.

“Since the City’s adoption of the updated Precise Plan in 2017, we’ve worked to see how we could partner with the City and the community—by redeveloping our property and making investments in North Bayshore—to reach the Precise Plan’s social, environmental and design goals,” said Google in its planning documents.

“Creating new housing is one of the City’s highest public policy priorities and one of the region’s most pressing needs,” said the company in its planning documents. “Delivering that housing has become increasingly difficult, given limited land, increasing cost burdens of development, length of permitting and approvals, financing, escalation and uncertainty of construction costs. In order to make housing feasible, our Framework Plan relies on the economics and land values of commercial uses such as office development.”

Google’s plans for the site also include more than 35 acres of publicly accessible open spaces, compared with the 16 acres designated in the Precise Plan. 16 of those acres will be reserved for habitats and trails, while another 13 acres are slated to become neighborhood parks and plazas. 7.5 miles of bike and pedestrian paths are also proposed in an effort to help the city hit its goal of a maximum of 45 percent peak hour trips by single occupancy vehicles.

Like many master development plans, Google’s proposal also includes commercial and retail spaces. Between 200,000 and 250,000 square feet of ground-floor retail and community services space will be built, and an additional 7-acre site will be designated for elementary school and shared-use sports fields.

The second planning document submitted, entitled the Shorebird Master Plan, describes the design concept, land use and programming strategies for the 66.3 acre area part of Google’s Master Plan proposal for the Shorebird neighborhood. Google plans to construct 2.13 million square feet of office space, but the demolition of roughly 25 currently occupied office buildings—totaling 872,000 square feet—would mean that the net increase of office space for the project would come in around 1.175 million square feet. The new office buildings would stand roughly 110 feet tall, while residential buildings could reach a height of 160 feet.

The office space that Google intends to build will come from the requalification of 1.451 million square feet originally allocated to LinkedIn and SyWest’s Shoreline project in 2015. However, in 2016, LinkedIn and Google agreed to a land swap, valued at more than $315 million, that would allow both companies to pursue their expansion goals unabated.

According Mountain View Principal Planner Martin Alkire, the City must review the submitted plans, since they have been modified from the original Bonus FAR allocations originally approved by the City. That process will culminate in a City Council meeting in the spring of 2019, at the latest.

“We are just in the stages of cracking that stuff open and what we will be doing is taking our analysis and moving it forward to City Council in late winter early spring of 2019,” said Alkire. “That’s kind of the latest and greatest information that we have.”

Based on the documents submitted, Google anticipates buildout of the development to take between 10 and 15 years. 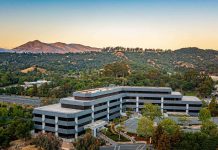