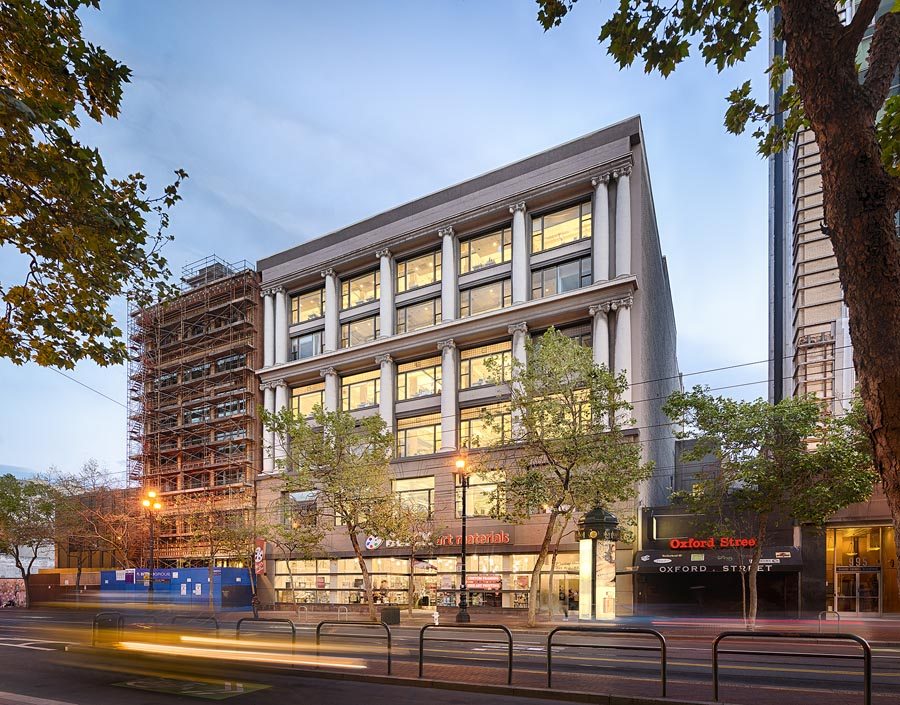 Birmingham, Ala.-based Harbert Management Corporation was able to add significant value to the office building at 989 Market Street in San Francisco after a big rent increase with Zendesk, Inc. The event created an opportunity for the real estate manager to sell the property.

[contextly_sidebar id=”60kG8wVCnAHXBADRhRTezT1DqvFyJG55″]“In September of last year, we negotiated a lease with Zendesk that brought the rental rate from $32 per square foot up to $52 per square foot. This was our main goal with our business plan and once we accomplished it we thought it would be a good time to sell. Another factor for us is that the Mid-Market submarket in San Francisco over the past couple of years had become attractive to institutional capital sources to own real estate,” says Jon-Paul Momsen, vice president and senior managing director.

The lease with Zendesk covers approximately 1/3 of the building or about 35,000 square feet, and the new lease becomes effective in November of this year.

Momsen thinks that there will be some room to add value to the property in the future. “ASB Real Estate Investments will have some room to increase the value in the asset. Zoosk, Inc. (an online dating service that is available in 25 languages in more than 80 countries, according to its Web site) has a lease than runs until 2018. It is well below market and could be brought to market for some additional value,” he said. This tenant also occupies about 1/3 of the property.

During the time that Harbert owned the property the occupancy of the asset remained steady at 93 percent. It had acquired the property for $42.5 million at the end of 2012 and then sold the asset earlier this month to ASB for $61.25 million.

Harbert had bought 989 Market for its commingled fund, Harbert United States Real Estate Fund V. The real estate manager would like to find more assets to own in San Francisco. “We like San Francisco, and we [would] love to own more real estate there. The problem is that the pricing in the region is making it more difficult to find assets to own in the future,” said Momsen.

Harbert had a final closing on its capital raise for Fund V. It came in at $407 million, which put it $7 million more than its hard cap. The real estate manager put in around $30 million of its own capital into the commingled fund.

The commingled fund attracted capital from a wide range of investors. “Our investor base could be best described by a mixture of investors that included corporate pension funds, life insurance companies, European investors and high net-worth and family offices,” said Momsen.

Fund V looks to acquire value-added properties. These would include a combination of office, industrial, retail and apartments. The vast majority or 70 percent of the fund is projected to invest in apartments and office buildings. The large focus for the investments will be in primary non-gateway cities like San Diego, Denver and Atlanta.

Harbert figures to have a leverage component on Fund V of somewhere in the range of 65 percent to 70 percent. The commingled fund has a four-year investment period.