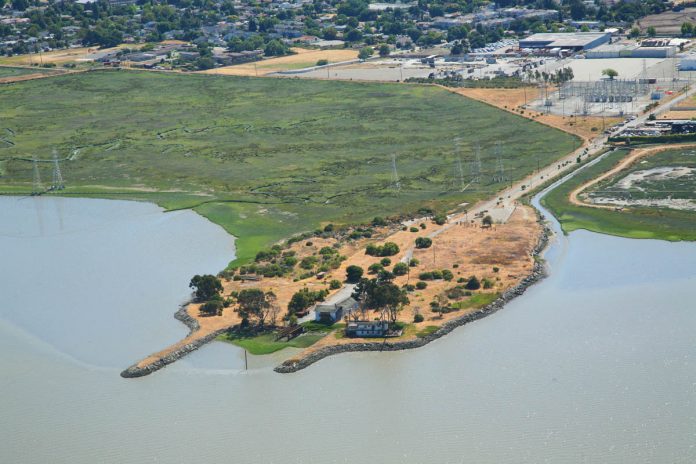 Oakland-based Harvest Properties has been a consummate Bay Area investor, making bets across the region and working with a number of institutional investors who wanted a local operator to help them navigate the region’s intricate market dynamics. Earlier this year, the company had made a move into East Palo Alto, according to public documents, following the lead of another development group and making a $29,150,500 investment in three parcels that it hopes to redevelop.

The three parcels are located at 1250 Weeks St., 1775 Weeks St. and 1990 Bay Rd., and they are next to 2020 Bay Rd., where New York-based Three Cities Research is planning a 1.4-million-square-foot office project near the East Palo Alto’s Cooley Landing. This project, which has been submitted to the city’s planning department, is looking to feature five eight-story office buildings, a 4,300 car parking garage and waterfront park fronting the marshland adjacent to the Bay.

According to earlier reports, the development could generate a $40 million one-time fee for the city, as well as an ongoing property tax contribution of approximately $10 million each year. However, due to a severe water shortage in the city, the project stalled. The developer, along with the Sobrato Organization and Chan-Zuckerberg Initiative, provided $4.5 million to the city for the purpose of acquiring water from the city of Mountain View and help East Palo Alto overcome its water deficiency.

What Harvest intends to do with their land is not clear at the moment. “It’s very rare to find land on the waterfront like that, and it provides a really unique blank canvas,” said Preston O’Connell, a partner with Harvest Properties in an interview with the San Francisco Business Times. “East Palo Alto has been an area that is transitioning, and we want to be thoughtful about how that’s happening. The thing that plagues these developments is that there’s a lot of misconception from the community about what it’s going to be and what our intentions are, and the burden is on our shoulders to get with the community and find out what they want.”

East Palo Alto is an often-forgotten Bay Area community that is not known for big office developments. However, in 2015, anticipating interest from the industry, the venerable Silicon Valley developer Sobrato kicked off a 214,00 square foot speculative development in the city at 2100 University Avenue. Two years later, it leased the entire project to Amazon and helped redefine the opportunities this community has to offer to the region. Sobrato’s project is on the west side of the city, along US Highway 101, and it has easy access to one of the region’s most important thoroughfares. The properties owned by Harvest and Three Cities Research are on the very eastern boundary of the city, which would create considerable traffic going through a residential neighborhood.

The city is eager to capture some of the riches that have enabled the region’s meteoric growth. At the Sobrato groundbreaking, Larry Moody, East Palo Alto city council member said, “Many of the children who are going through our public schools and who are now college graduates now have an opportunity to come back to their own community and to seek employment opportunities that are going to link them with the region and with the efforts and activities of Silicon Valley. We are going to use this project as the first of many dominoes to link East Palo Alto with the entire region.”