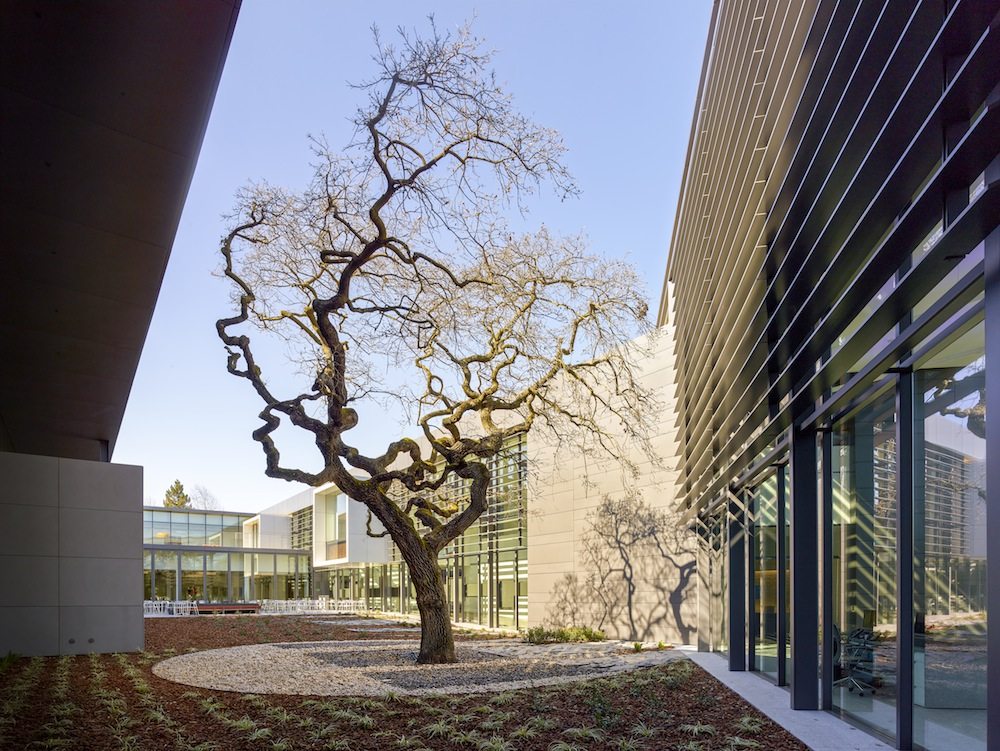 So when the blue glow floods into peripheral view from adjacent Hanover Street, the effect is both jarring and riveting: Has the legendarily strict Palo Alto City Council lost its bearings?

No, the dramatic beacon comes from Hewlett-Packard Inc.’s new flagship Executive Briefing Center. The two-story, 38,000-square-foot addition to its existing corporate headquarters came to life over three years though three chief executives and a tumultuous time for the company.

The new building’s ultra-modern, glass-enclosed lobby overlooks a 100-year-old California Valley Oak, only 25 feet behind the reception desk. From that vantage point, Chief Executive Meg Whitman told the company’s board of directors and executive staff that the historic tree and briefing center “combine the new and the modern and the forward-looking with an anchor to the past. This building is a symbol of our turnaround and sets the tone for a continued path of progress and rejuvenation.”

Major technology companies operate such centers to showcase products they hope their clients will get to know—and buy. Eight thousand potential customers are expected to journey from around the globe each year to this showroom for the world’s biggest high-tech company. Senior executives from large firms or government agencies spend two days at the center getting presentations and hands-on training by briefing center staff.

Learning about HP’s products and seeing them up-close “starts to increase people’s interest and awareness in what they are buying from us,” said Alexa Lallos, HP’s vice president of global marketing. She runs the briefing center and has shepherded it from conception to completion. “When you start seeing that customers are becoming interested in product lines and technologies and solutions that they weren’t before they came, then you know you’ve done something right.”

San Francisco’s Gensler designed the center, which is attached to HP’s world headquarters, a two-story, 480,000-square-foot space constructed in 1989. The briefing complex replaces one housed 12 miles away in Cupertino. With the new proximity, Whitman and other HP executives can easily pop in to chat with customers. Gensler also designed a striking new entryway to the corporate complex, along with renovations to the existing building. Now it, too, reflects the same airy, light-filled look of the new structure. Redwood City-based general contractor Rudolph and Sletten Inc. managed the construction. HP declined to disclose the cost of the project.

Abundant use of floor-to-ceiling glass, outdoor patios or courtyards on both the first and second levels, and mostly neutral colors give the briefing center a resort-like aura and distinct indoor-outdoor feel. At night, in-ground lights illuminate the historic oak, and “[it] looks like the tree is in the middle of the building,” said Chuck Albright, a Gensler principal who was interior design director for the project. 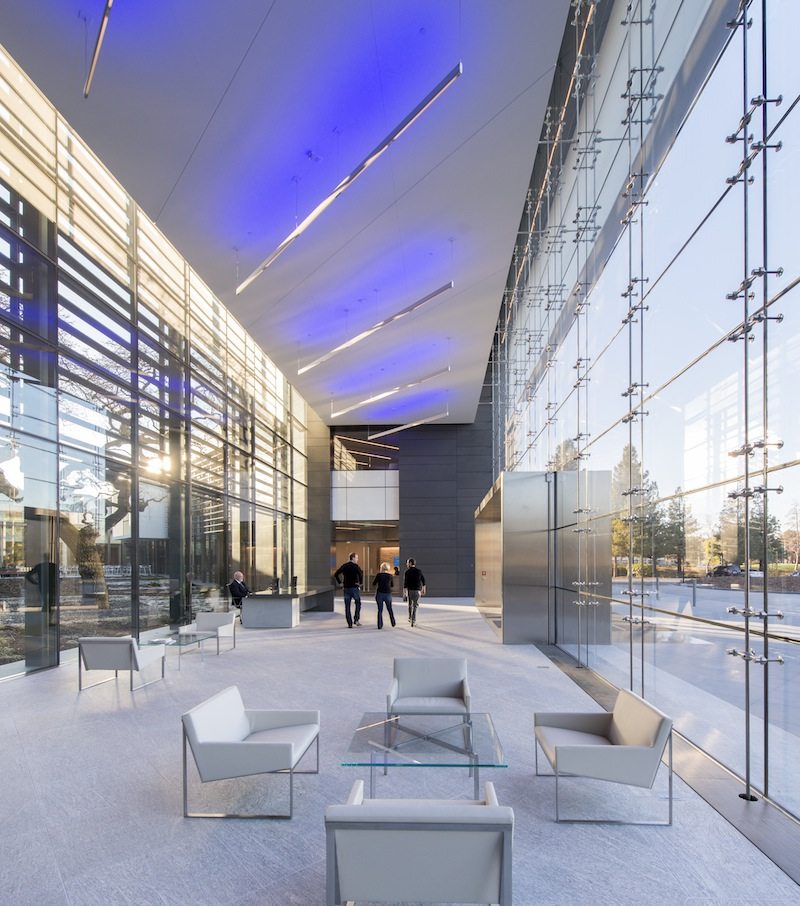