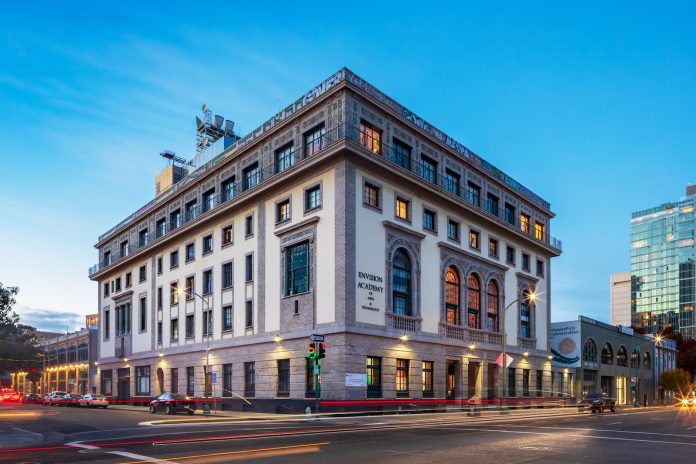 Sensing perhaps more interest in a market that is looking for assets with long-term tenants, Oakland-based Highbridge Equity Partners has decided to offer up for sale a mixed-use property in Oakland known as the Young Women’s Christian Association Building located at 1515 Webster Street. There is no pricing guidance available on the 67,420-square-foot property at this time, according to sources tracking the property marketing efforts, which may not be an unusual tactic given the unstable nature of the industry at the moment.

Highbridge has owned the property since 2019. According to public documents filed in Alameda County, it had acquired the property from Oakland-based Weinstein Local for $19.25 million.

The current marketing efforts are led by Colliers, which is working through its offices in Oakland and San Francisco. Those working on the transaction include Benjamin Harrison, senior vice president in the Oakland office, and Will Cliff, vice president, and Kevin McCloskey, investment associate, both of whom work out of the San Francisco office.

“We are expecting that the interest in this property will include capital sources of a mixture of owner/users, schools/clubs and non-profit organizations,” said Cliff. One of the possible scenarios on the sale could include all-cash offers, according to Cliff, given the possible difficulty associated with financing commercial office properties a the moment.

A huge positive for the current sellers is that the property has no vacancies at the moment. This is usually the scenario buyers of commercial properties value the most at this point in time, according to industry sources. Single-tenant occupancy by high-credit companies with long-term leases may be the only other preferable scenario for buyers today.

The first three floors of the property are occupied by Envision Academy school. This institution has a lease that is set to expire in July of this year, and it could provide an opportunity for new owners to realize some mark-to-market leasing opportunities. The property’s top two floors are utilized for co-living space and are managed by New York-based Common Living. There are 66 rooms located in this space, and they are fully occupied.

1515 Webster was originally designed in 1915 by famed Northern California architect Julia Morgan. The lower-level portion of the property has a historic landmark designation. In addition, the asset has many unique features, including a theatre and a gymnasium.

The present zoning for the property is CBD-P, which allows flexible uses in the building such as residential, school, club/events and administrative. In addition, the property could be converted to office or hotel space, which will require conditional use approval from the city.

A potential sale outcome could be with an investor who can hold onto the asset until it makes sense from a market perspective to consider a new development project. This would require a patient development entity with capital that is comfortable waiting for the right time to create added value in the building.