Craig L. Martin, Hill’s Chairman of the Board of Directors, said that Mr. Ghali’s history of success at Hill was a key factor in the Board’s choice. “Raouf has a proven track record,” explained Mr. Martin. “He helped to make Hill the company it is today, and his demonstrated ability to grow our company ultimately made his promotion an easy decision for the Board.”

Mr. Martin added, “We owe a great debt of gratitude to Paul for his work as Hill’s ICEO. Seeing him steer the company through major changes to our current, financially strong position has been impressive. Paul’s dedication and personal sacrifice in leading Hill to where it is today is truly admirable.”

Over the past year, Mr. Ghali has been instrumental in working with Mr. Evans to develop and implement Hill’s Profit Improvement Plan, which is nearing its successful conclusion. “Raouf’s leadership, expertise, and insight will be key to leading Hill to new heights,” said Mr. Evans. “With Raouf in-place to realize the many new opportunities the company is positioned to enjoy, I am truly excited about Hill’s future.” Mr. Evans, who has continued to serve as a Board Member during his tenure as ICEO, will become an Independent Board Member following Mr. Ghali’s promotion.

Mr. Ghali has been with Hill since 1993, serving in several leadership positions over his tenure with the company before assuming President and COO responsibilities in 2015. Over the course of his nearly 30-year career, Mr. Ghali has helped to deliver complex, high-profile building projects for clients around the world, including iconic commercial and high-rise developments, defense facilities, and theme parks in the United States, Europe, Asia, and the Middle East. He served as President of Hill’s Project Management Group from 2005 to 2015, Senior Vice President from 2001 to 2004, and Vice President from 1993 to 2001. He holds a B.S. in Business Administration/Economics and an M.S. in Business Organizational Management from the University of LaVerne.

About Hill International
Hill International, with approximately 3,000 professionals in more than 50 offices worldwide, provides program management, project management, construction management and other consulting services to clients in a variety of market sectors. Engineering News-Record magazine recently ranked Hill as the eighth-largest construction management firm in the United States. For more information on Hill, please visit our website at www.hillintl.com. 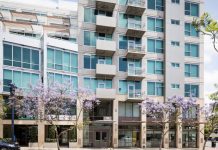 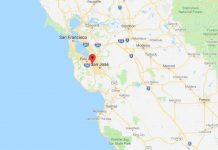 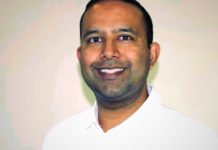