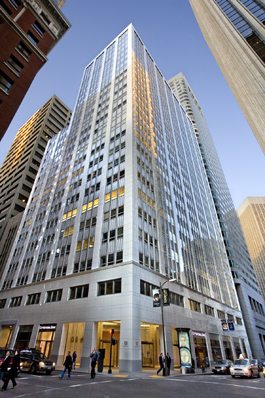 Houston-based Hines is in contract to sell the 424,000-square-foot 100 Montgomery offices in downtown San Francisco for $165 million, or more than $388 a foot, to Chicago-based Equity Office, according to industry sources. 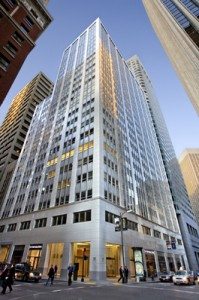 Data supplied by brokerage CBRE Inc. indicates that Hines bought the property in 2006 for $67.5 million, or 40 percent of the current sales price.

Hines spent $30 million to renovate the property, which took 36 months to complete. When Hines first acquired the property it was known as 120 Montgomery. The new owner rebranded it as 100 Montgomery. Equitable Life Insurance originally developed it for their headquarters in 1955, according to the Hines Web site.

Equity Office has been a seller of Bay Area real estate in the past year. In September, it sold 1600 Technology Drive in San Jose to Menlo Park-based GI Partners, a private equity real estate firm run by Rick Magnuson, a mastermind behind the creation of San Francisco’s data center landlord Digital Realty Trust Inc. Equity leased the building to Atmel Corp. for its headquarters in August 2011 for 10 years. Atmel estimated the cost of the lease at $52.6 million in its 2011 annual report. A sale price was not disclosed.

Earlier this month, it sold 17 buildings in Santa Rosa with not quite 700,000 square feet to Basin Street Properties, which said in a news release that it expected to invest “millions” in their upgrade. At the time of sale, the buildings were 77 percent leased. A sale price was not disclosed.

100 Montgomery is located within the Financial District of downtown San Francisco. The property was 85 percent occupied at the end of the third quarter, according to CBRE. Major tenants include City National Bank, the U.S. General Services Administration, Segal Co., Enovity, Trucker Huss and Wells Fargo Bank, according to the Hines Web site.

The market vacancy for office buildings in the Financial District was 8.4 percent at the end of the third quarter, according to CBRE. Rents have climbed 28 percent on a year-over-year basis and have gone up 50 percent since the low point of the cycle in the first quarter 2010.