Home AEC Imagining the Perfect City in the Bay Area 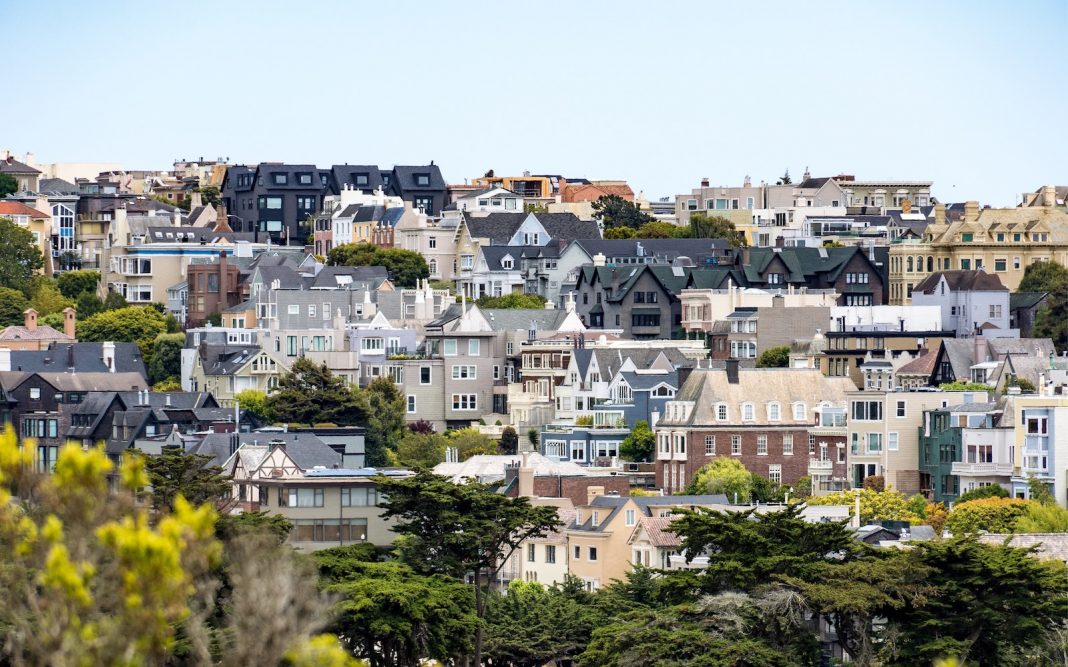 According to Point2 Homes, San Francisco and Seattle have cracked the code

The modern-day, thriving city has almost completely replaced the industrial, hard-knock metropolis of the past, and a city’s success is measured not just in the number of new towers it puts up, but in the economic and technological diversity it captures. Some regions, such as the San Francisco Bay Area, have a well-established reputation of innovation and development, while others, such as Seattle, are in the process of making a name for themselves. Point2Homes, a residential and commercial listing agency, recently released its ranking of the United States’ 150 most dynamic cities, confirming San Francisco’s continued place as one of the most vibrant places to live and work, and solidifying Seattle’s status as a dynamic — and desired — city for growth opportunities.

“We constantly analyze the national and local housing markets and publish studies about the markets in which we are present. The main goal of the study about the most dynamic cities in the U.S. was to see which American cities are constantly innovating and developing the most, and what makes them stand out among others,” explained Andra Hopulele, who authored the report and is a Senior Real Estate Writer at Point2Homes. “Knowing the dynamics of a city is important for those working in the [commercial real estate] industry, because this information helps them identify the places that offer the best opportunities for the growth of their business.”

Proactive planning and investment are ideal in fast-growing cities

Three Bay Area cities were ranked within the top ten. San Francisco took the top slot, named as the nation’s “Most Dynamic City” by Point2Homes, while Oakland and San Jose ranked sixth and eighth, respectively. Seattle was ranked second, followed by two Colorado cities, Denver and Aurora. Grand Prairie, Texas (a city between Dallas and Fort Worth), rounded out the top five.

“These three cities seem to have found the recipe for success, so to speak,” said Hopulele of San Francisco, Oakland and San Jose. “On one hand, they have a competitive economy and they are important innovation hubs, not just in the U.S., but worldwide. This, in turn, enables them to attract valuable human resources from all over the world, and these people contribute to the cities’ growth and cultural diversity. We could talk about a real snowball effect here: talent and education lead to innovation, meaning more business and job opportunities, which in turn attract more talented people and professionals.”

All top-ranked cities had notable statistics that bolstered their status on the list. San Francisco, for example, had the second-highest increase in median income in the country. Oakland also posted a sizeable median income increase; year-over-year, median income rose 30 percent, the eighth-largest in the United States. San Jose had the highest GDP growth in the country, while Seattle recorded the sixth largest population increase nation-wide. These cities will likely maintain their status at the top of the list into the future as well, believes Hopulele.

“Unless something unexpected happens, it is fair to assume that these cities will continue to grow, given their current commitment to innovation and development,” said Hopulele. “Of course, we can only speculate about the extent and pace of this growth.”

The Bay Area in particular, has already grown tremendously. According to Plan Bay Area 2040, the Bay Area will see large increases in the number of jobs, population and households over the next two decades. A growth of 1.3 million jobs was expected between 2010 and 2040, with nearly 600,000 already added between 2010 and 2015. Two million more residents are supposed to be living in the region by 2040, and Plan Bay Area posits that by the same year, there will be an increase of approximately 820,000 households.

But with such rapid growth expected, there are numerous challenges that cities and local officials face in managing expansion. Cities often struggle with fast population and economic growth simply because there is so little time to plan, according to experts.

“Common challenges in these cities are often related to previous conditions and fall into three categories: infrastructure, disparate impacts and change management,” explained Jeanette Chapman, deputy director and senior research associate, The Stephen S. Fuller Institute for Research on the Washington Region’s Economic Future, Schar School of Policy and Government at George Mason University. “Proactive planning and investment are ideal in fast-growing cities. The challenge in doing so is that the costs are up-front, and the benefits accrue later.”

Financing tools such as bonds, tax increment financing, public-private partnerships and more are all mechanisms that can be used to help cities actually implement key planning principles and strategic outlines for growth, such as Plan Bay Area 2040.

“Addressing these issues, such as the amount and pricing of housing, qualified labor/employees, infrastructure, etc., are only a few of the problems that must be addressed to sustain the quality growth within the city or state,” said Mark Levine, professor and endowed chair, Burns School of Real Estate and Construction Management, Daniels College of Business at the University of Denver.

Facing such challenges is no easy feat, and cities will have to work diligently on approving proper updates — whether to infrastructure, planning codes, zoning, etc. — in order to mitigate some of the negative effects of growth.