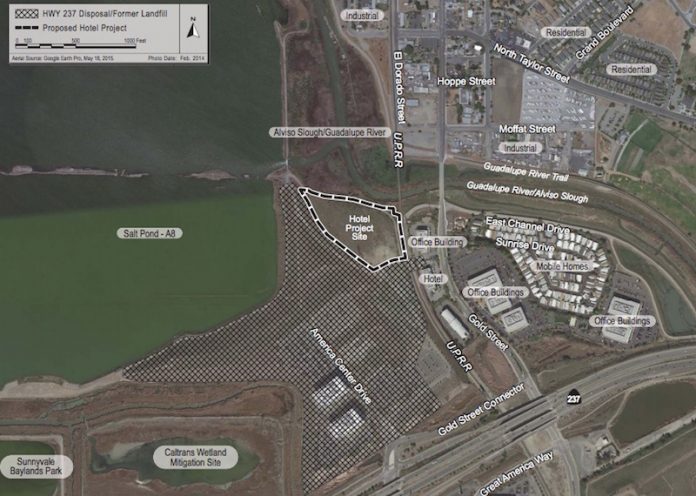 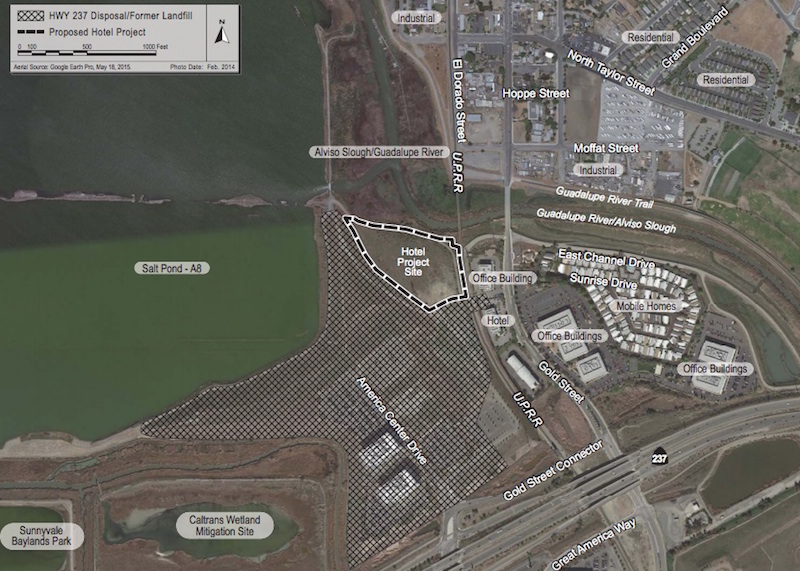 The developer – working on the project under ownership group Silicon Valley Club, LLC – has submitted plans to construct a co-branded Residence Inn and Fairfield Inn & Suites by Marriott on a 6.7-acre vacant site. The parcel is part of a larger 70-acre area known as the Legacy Terrace/America Center Development, which includes office buildings and a 175-room Aloft Hotel.

[contextly_sidebar id=”Q09jUQAXPXeN7QgkEQzxZcCf2JOwJMzA”]InfiniPower Hospitality purchased the property in 2006 but development plans were put on hold due to the faltering economy, said Devang Shah, the company’s founder and CEO. The developer 18 months ago began working on plans for the hotel.

“In North San Jose, there is a lot of proposed commercial and residential development, so we are hoping this would help to bring guests and visitors,” to the area, Shah said. Business travelers are among the targeted guests, he added. Two office buildings are located in America Center and two more office buildings totaling about 431,700 square feet are permitted for construction, according to a city planning commission report.

The project also is in close proximity to Levi’s Stadium and Great America theme park.

This hotel project would bring an extended-stay option to the district with a 147-key Residence Inn, which includes rooms with a full kitchen. Another 114 rooms would comprise the property’s Fairfield Inn & Suites.

The 164,000-square-foot building would reach a maximum height of 60.5 feet and plans include 238 surface parking spaces, according to the planning commission’s staff report. Proposed hotel amenities include a putting green, sport court and swimming pool. Project landscaping would provide linkages to the community’s open space network and adjacent Bay Trail.

The planning commission staff report states that the hotel would be an “additional attraction to the overall America Center site” and help solidify the area as a gateway for Alviso. Alviso includes single-family and multifamily developments – many built before 1970 – along with commercial and industrial buildings. Many trails and open space areas also are within the community.

San Jose’s planning commission will discuss zoning for the project this month and City Council will discuss the proposal at its March meeting, said Sanhita Ghosal, environmental project manager in the city’s planning department. If approved, the project could begin construction this year, with completion expected in 2018, Shah said. This will be InfiniPower Hospitality’s first San Jose hotel. The company’s portfolio includes two hotels now operating in Sacramento.