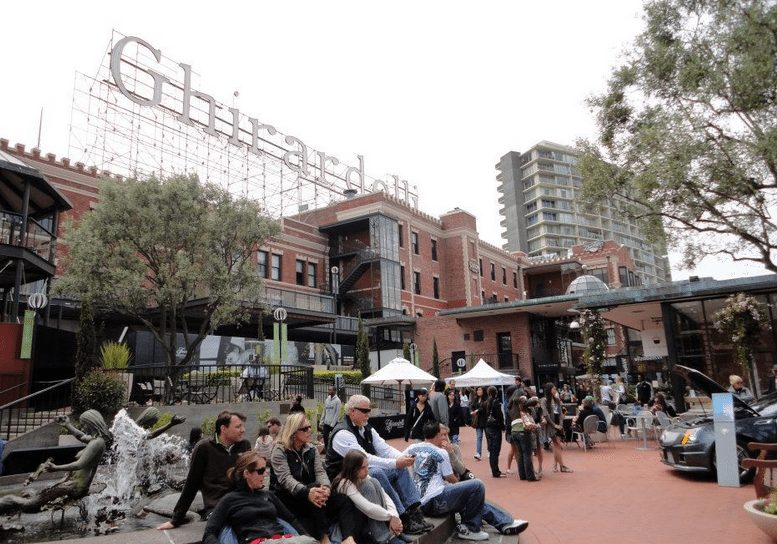 Atlanta-based Jamestown Properties has acquired the 100,394 square foot Ghirardelli Square lifestyle and entertainment-oriented retail complex located at 900 North Point Street in San Francisco. Sources familiar with the transaction confirmed the purchase price was in the neighborhood of $54 million.

[contextly_sidebar id=”0fe79df2bd869c2f9276ac627344dea3″]The seller of the property was the Ghirardelli Acquisition Company, LLC, an entity that is controlled by the Royal Bank of Scotland. It had foreclosed on the property a couple of years ago. The debt on the property was provided for the previous owner, San Francisco-based JMA Ventures, according to published reports.

The sellers had the San Francisco office of Holliday Fenoglio Fowler work on the transaction. The listing was led by Nicolas Bicardo, managing director and Mark Damiani, associate director. They both didn’t respond to phone calls for this story.

Jamestown will be spending $15 million to renovate the property over the next two years. “We are planning to improve the property and hopefully return the asset to what it was once known for. It does have a national and internationally following,” said Michael Phillips, chief operating officer for Jamestown.

“I think that it’s great for the city of San Francisco that the property was acquired by a company like Jamestown. They know retail very well and are a hands on company, which will be good for the future of the property,” says Kazuko Morgan, a vice chairman with Cushman & Wakefield’s retail services group in its San Francisco office.

The property at the time of the sale was 55 percent occupied. “I think that the property fell victim to the issues of the previous ownership and the improvements to it were stalled once the property was taken back by the lender,” said Phillips. Morgan agreed that the property is under-retailed. “This is the fact that the current occupancy is only 55 percent. I would expect that they will do a good job in finishing off the property based on their expertise with retail,” she said.

Jamestown is planning to stabilize the property over the next two years by adding new retail concepts and amenities that will distinguish this world-renowned landmark as both a neighborhood and vacation destination. “The kind of retail that we will be adding is food retail, which is the DNA of our company. One of the amenities will be to improve the parking structure,” said Phillips.

Jamestown figures that it could improve the occupancy from its current level to 85 percent to 90 percent over the next 12 to 36 months, according to Phillips. Once this happens the property will be moved from a core plus asset to a core facility.

The property as it stands now includes the Ghirardelli Square Chocolate Company’s U.S. flagship location and numerous boutique shops and restaurants. According to Jamestown’s due diligence, of the 16.5 million visitors to San Francisco, 75 percent, or 12.4 million, visit the area where the property is located.

There are a total of 12 buildings in Ghirardelli Square. They are bounded by North Point, Beach, Polk and Larkin Streets. The property also includes a 10-level, 283-space subterranean parking garage and a separate two-level above-grade parking structure across from the complex.

The real estate manager wants to find more properties in the San Francisco Bay Area. “We like the region due to its diverse economy and the health of the market,” said Phillips. The company has a regional office in San Francisco at 101 California Street. Other markets of interest for the company to invest in California include Los Angeles, San Luis Obispo and San Diego.