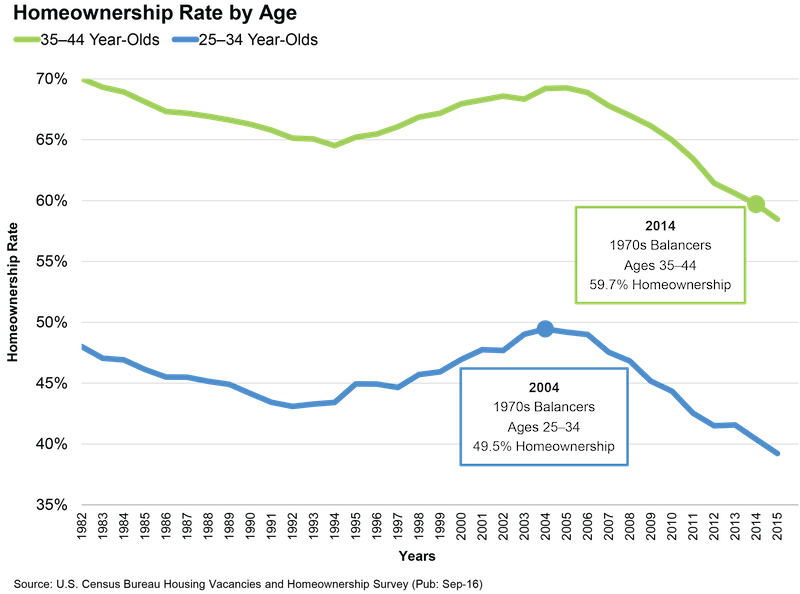 What Happens to the Other 7%?
A 7% lower than normal homeownership rate at age 35–44 has huge economic and societal implications. So does a 6% lower than normal homeownership rate at age 25–34. Will home buying activity per adult remain lower than usual? What impact will this have on the economy, particularly for all of those businesses that rely on homeownership and home transactions to drive growth? These businesses range from the obvious, like real estate agencies and title companies, to the less obvious, like furniture manufacturers and landscapers.

In our book Big Shifts Ahead: Demographic Clarity for Businesses, which is now available for preorder, Chris Porter and I took our best shot at projecting the homeownership rate for each generation by 2025, assuming the economic, mortgage underwriting, and societal shifts we deem to be most likely. The result was an overall 60.8% homeownership rate in 2025—the lowest since the mid-1950s. This will be 5.2 million more homeowners—15.9 million additional homeowners born in 1960 or later less 10.6 million older homeowners who will pass away or transition out of ownership. Therein lies the opportunity: marketing and selling to those 15.9 million new homeowners, only 2.8 million of whom will come from the Foreclosure Generation. 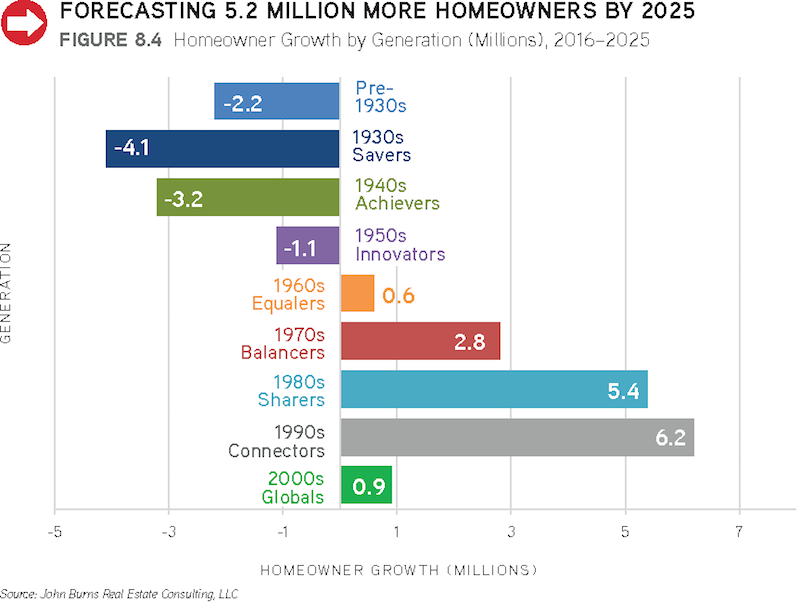 This chart is an excerpt from our upcoming book Big Shifts Ahead: Demographic Clarity for Businesses.

*The homeownership rate is the percentage of households who own versus rent. People who do not head a household, such as those living with their parents, are not included in the calculation. If included, today’s homeownership stats would look even lower. 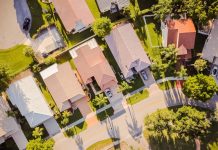 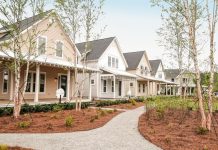 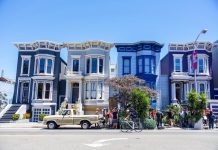 Trends of the Future: Co-Living, Functionality, and “Culturegraphics” Expected to Dominate Residential Spaces, According to Industry Expert 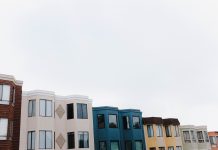 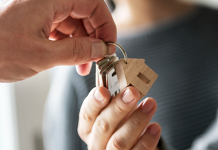 Only 54% of Americans Can Afford a Home 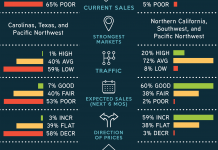