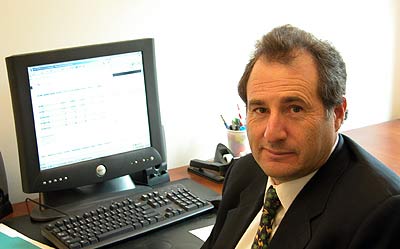 Just hours before the day of President-elect Donald Trump’s inauguration creeps up on the horizon, the Northern California Chapter of CoreNet Global will host a special meeting of its Annual Market Forecast in Redwood City. Ken Rosen, chairman of both Rosen Consulting Group and Fisher Center for Real Estate and Urban Economics at the Haas School of Business, will shed light on what some analysts around the country are still pondering: what this regime change in the U.S. Federal Government means for the economic outlook including rising risk and battles to come over policy. The January 19 evening presentation, moderated by Matt Werner, president enterprise facilities management at CBRE, is expected to be attended by up to 400 people at the Electronic Arts Corporate Campus.

“It will be a completely new economic environment from what we’ve experienced the last 25 years with dramatic changes ahead,” said Rosen. “I’ll be addressing what the future looks like for the Silicon Valley economy and real estate market.”

Trump’s plan is multifaceted and dramatic on certain points. He has called for a simplification of the tax code including a reduction in tax brackets from the current seven to three, with the overall result of significantly cutting taxes for the lowest and highest earning Americans as well as businesses. The idea is to stimulate the economy while increasing spending on defense and infrastructure. The stimulus could be enhanced by a special low tax rate of 10 percent for companies that bring foreign capital home, which Rosen asserts will increase the deficit by $500 billion per year over the next four years and cause inflation.

“With the present low unemployment, rising interest rates and a strong economy, the stimulus plan may be like a sugar high,” Rosen warned. “This could result in a big correction in 2019 or 2020. I thought a correction was coming this year but now it will be delayed and will be bigger when it does happen.”

Trump’s rhetoric has consistently been described as extremely protectionist, leading to concern among some economists about the long term effects of sheltering U.S. industries from foreign competition. Although there’s still high uncertainty about what exactly will happen under the new administration, greater restrictions on both legal and illegal immigration are anticipated. Given that the Bay Area economy operates on a global level, Rosen cautioned that lower immigration rates and tariffs as high as 45-percent on Chinese imports and 35-percent on goods, such as electronics and automobiles, produced by American companies on foreign soil, will put the Region at a disadvantage.

Policies targeting immigrants will inevitably have a negative effect on the many non-citizens who work in the Bay Area and live in a rental housing market that has experienced rate increases upwards of 50 percent over the last five years. Unrelated to the recent election, the housing crisis has already caused an exodus of workers seeking more affordable housing in other parts of the country. Existing labor shortages in several industries including construction make H-1B visas even more crucial for local economic stability. Rosen estimates that there are at least several hundred thousand undocumented immigrants in the Region who fill gaps in labor positions.

“Immigrants are our big positive for the economy,” he said. “The threat of deportation and restrictions on H-1B visas will have a significant impact. We are very dependent on the flow of immigrants from Asia and Latin America more than anywhere else in the country.”

“Tariffs will hurt our Silicon Valley companies dramatically and it’s possible that other countries like China will retaliate. The loser in this scenario will be Silicon Valley while the Midwest may benefit from it. We’re part of a global economy in the Bay Area — that’s how we make our money, so even with any positives from lower taxes, regulations on immigration and trade will offset the stimulus.”

From Rosen’s perspective one of the flaws of Trump’s economic plan is that it’s bad timing. During the Ronald Reagan administration in the 1980s, the unemployment rate was much higher than it is today with the market holding strong for the past five years. Cutting taxes to stimulate the economy makes sense when the economy is in need of a boost, otherwise it leads to inflation. An alternative that’s more relevant to the present situation is to provide job training for advanced manufacturing jobs to make domestic workers more competitive in today’s more technical market, instead of trying to bring back jobs of the past. In his presentation, Rosen says he will focus on the strong public case that needs to be made in defense of globalization and the work that needs to be done around analysis of ever increasing geopolitical risk.

“The positive of the stimulus plan is that it extends the life of our economic recovery but despite what happens in the short term in the end the correction will be worse,” he concluded. “Uncertainty has risen. This is now an environment where you want to use caution. The cheap capital days are over.”