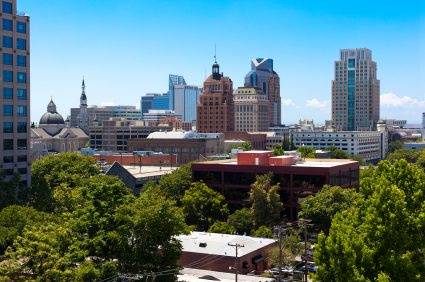 Fresh on the heels of its $118 million sale of downtown San Jose’s 360 Residences condos-turned-apartments, Kennedy Wilson Inc. is diving once again into Northern California apartment waters.

The Beverly Hills-based international real estate investment and services company has closed on a $64 million Sacramento apartment purchase and later this month expects to acquire an even larger complex in Hayward valued at $86.5 million. 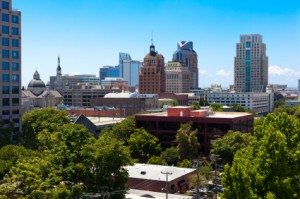 “We like the property in Sacramento because it’s in an infill location in the central business district of the state capital where there are 100,000 workers. There also is very little if any new apartment development” creating new competition, said Bob Hart, president of KW Multifamily Management Group.

The 409-unit Capital Towers project in downtown Sacramento at 1550 7th St. has 203 units in a 15-story tower and 206 units surrounding the tower. But current zoning allows the addition of more than 1,000 units more. The tower includes six ground-floor retail spaces with a grocer and dry cleaner. It also is close to a light-rail station.

The Sacramento property’s capitalization rate, a measure of initial yield based on operating income and purchase price, was slightly below 6 percent, based on current rents. The existing rents are somewhat below current market rents, but “are 15 percent to 20 percent below the peak of the market,” Hart said.

Meanwhile, at the end of May the firm expects to spend $86.5 million to buy the 544-unit Waterford Apartments at 25800 Industrial Blvd. in Hayward, Hart told The Registry. The deal will produce a 6 percent cap rate based on current rents.

The seller is AvalonBay Communities Inc., a publicly traded apartment owner based in Washington, D.C., that has regional offices in San Francisco and San Jose. AvalonBay pegged its total cost for the Hayward complex at not quite $64 million before accumulated depreciation, according to its most recent annual report. The company has owned the complex since the mid-1980s.

The deal in Sacramento included $50 million in financing from Freddie Mac that has an interest rate of 3.51 percent. Kennedy Wilson used two sources of equity for the property. One was equity supplied by the corporation of Kennedy Wilson. The other was KW Fund IV, a commingled fund managed by Kennedy Wilson on behalf of multiple pension fund investors. Capital is still being raised for the fund, and Hart is hopeful the company will be able to raise $400 million in equity. The fund is expected to pursue high-yield investments in offices and apartments with a focus on the West Coast.

The seller of Capital Towers was a joint venture of The Bond Co. out of Los Angeles and New York City-based American International Group Inc. Kennedy Wilson plans minor renovations including new kitchen cabinets and improvements to the fitness center, leasing office and retail amenities.

“There are plans for us to grow the property by another 800 units,” Hart said, but those additions are not expected anytime soon. Occupancy in the property stands at 90 percent.