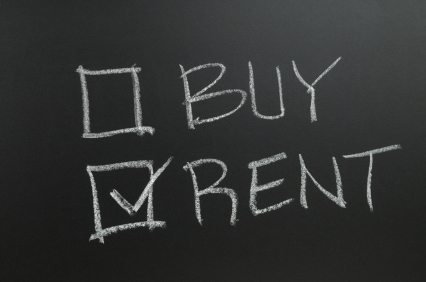 As of late, it seems the only things hotter than our home sales market is our rental market—and of course our San Francisco Giants! Who would have thought a year ago that the Giants would be facing the Detroit Tigers in the World Series? Or that rents would be up by as much as 15 percent year-over-year in San Francisco. 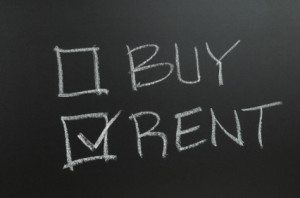 Depending on the source, and the types of properties used to generate the data—only large apartment complexes versus more inclusive sources that include single-family home rentals, for instance—you can find a wide range of estimates about rent increases in the city in the last 12 months. Some indicate that rents in San Francisco are up considerably more than is being reported.

Gathering data on rental prices is always a bit more difficult than gathering sales price data. The Multiple Listing Service, for example, does not collect significant data on rental rates. There are some private companies that gather data from larger apartment buildings across the nation and sell those statistics. The problem with that data is it often doesn’t include a lot of data from the actual marketplace such as smaller apartment complexes, single-family homes or individually owned condos.

But, there is a third-party Web site called www.valgro.com created by apartment investors in San Francisco. According to claims on the site, they import rental data from Craigslist daily. You can search by neighborhood or do a citywide search, and you can search by unit size (studio, one bedrooms, etc.).

One thing we must understand about Craigslist is that it can be a bit of a wild west for online advertisement. I know for a fact that some landlords post bogus rental ads to test demand, for instance. Also, you will see some ads duplicated. Additionally, Craigslist simply shows what a landlord was asking; it does not show the unit’s final leased price.

The Valgro site, although very helpful, also does not allow you to conduct comparisons between similarly-sized units. You can’t see what units in the same building are renting for from one year to another or compare only two-bedroom units that range from 1,000 square feet to 1,300 square feet, for example. And you cannot compare units that do have parking or allow pets to ones that don’t. As an example, an apartment that has parking and allows a dog could lease for $500 a month more than a comparable unit that does not.

Most statistics published in The San Francisco Chronicle or other sources show rents in San Francisco up anywhere from 8 percent to 15 percent from 2011 to 2012. The numbers from valgro.com show the following:

The San Francisco rental market is a curious animal. It is partially governed by the invisible hand of free-market capitalism and partially heavily regulated by government oversight. “Some rental units in San Francisco and most single-family homes and condominiums may not be regulated for purposes of rent increases. These units can have their rent raised at the discretion of the landlord. If the rent is raised more than 10 percent, the landlord must give 60-days’ notice, however,” said attorney Daniel Bornstein, who specializes in landlord-tenant law.

“On the other hand, multi-unit apartment complexes in the city that received their first permit of occupancy before June 13, 1979, are subject to rent control,” he said.

Each year, the City and County of San Francisco Rent Board determines what percent that regulated landlords are entitled to raise the rent. So, we can see how not all rental prices in the city can move at the pace that demand would tolerate, and as crazy as our rental market seems right now, it would probably be crazier if a greater share of rentals in the city were priced closer to market rate. (Bornstein cautions—rightly—that before raising rents landlords should consult their own attorney or a legal specialist on the city’s ordinance to be certain they are operating within the law.)

Within this context, the most curious fact revealed by the statistics from Valgro is the significant jump in the cost of studio units. Salaries clearly have not kept up with the rental boom. I don’t know too many folks who are earning 25 percent more than they did last year. Jobs have sprouted here as a result of the technology boom and other industry growth, but some of the young folks moving here for entry-level positions are not making big dough. They are seeking housing on the lower end of the budget, and this has clearly bolstered demand.

As statistics never tell the whole story, I contacted Laura Gray, one of the leasing specialists at my brokerage, Paragon Real Estate Group, so I could hear what she believes is really going on in the rental trenches. She, too, had recently pulled data from Craigslist and her numbers were similar to those I found: Rents are up 15 percent to 25 percent.

“As an example, a typical one-bedroom in SoMa or Pacific Heights last October would have leased for $2,800. They are now renting for $3,400,” she said. That’s a nearly 22 percent increase. “And the studio and one-bedroom range is on fire! It is not uncommon to have a mob of interested parties waiting for a rental open house with applications and checks in hand when the leasing agent arrives,” she said.

The high-end sector is also in transition. From 2009 through 2011, there simply was not much demand for high-rent single-family homes, she said. That changed in 2012. Gray said she has inked several $7,000 a month to $8,500 a month leases this year for clients, mostly tenants from outside the United States.

At the same time, the lack of housing in the lower-rent range is pushing more roommate formation, she said. When two people or three people get together, they get a larger home, with more amenities, and a rent that is typically around $1,500 a person to $1,800 a person—a win-win for some, although it can’t be fun when you are hoping to have a romantic dinner with your sweetie and your flat mate is playing Nintendo Wii tennis in the living room with three pals!

Lastly, Gray commented that she has seen a noticeable slow down in rentals since Labor Day—and prices have dropped a bit accordingly. But, she found no reason to think that the trend line would not resume its previous upward course shortly. So, by all estimations, it appears that out here in the wild west it will remain a story of the quick and the apartment-less.